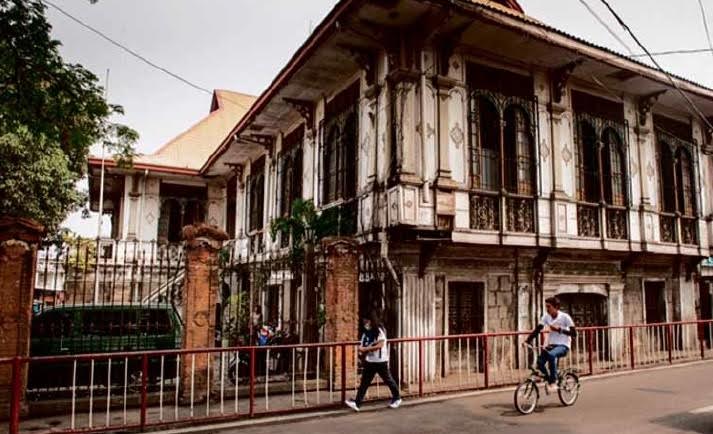 It was the first time NM had declared a structure in the Tagalog province an ICP.

Racquel Flores of the Cultural Properties Division of NM said the building was declared as such for its architectural importance and social significance, it being the municipio or town hall of Baliuag from 1907 until 1971.

The old municipio is a 19th-century bahay-na-bato formerly owned by the family of the revolutionary Dr. Joaquin Gonzalez, the first rector of the Universidad Cientifica Literaria de Filipinas in 1898, and one of two representatives of the province of Pampanga in the 1898 Malolos Congress.

This year marks the 100th anniversary since the local government bought the building in 1915, eight years after renting it from its owner.

The declaration will help the financing of its restoration, said Flores, adding that NM would certainly help in the technical aspects of renovation.

It will also be recognized internationally, she said, since it was declared by the NM, a national agency.

Baliuag Mayor Carolina Dellosa said the declaration would pave way for the restoration of the building.

“It’s a dream come true, now that it has been declared (an ICP) because this can’t just be restored without the (formal) recognition of the NM,” she said.

Dellosa added that she would consult cultural agencies to determine the proper restoration process.

“It will be restored to its former glory. It will not be changed, although it will be fixed,” she pointed out.”

Dellosa also clarified that the local government had not yet awarded the restoration project to any individual or company.

Joseph Anthony Alejandro, Baliuag Tourism Council co-chair, told the Inquirer that owners of old houses in the town would like to sell their houses to Gerry Acuzar of Las Casas Filipinas de Acuzar in Bagac, Bataan.

Baliuag is home to a number of Spanish-era and American-period houses which still exist to this day.

Alejandro said that an ordinance was recently passed by the municipal council giving Baliuag residents the right of first refusal once house owners decide to sell their properties.

However, homeowners do not want to sell their houses to interested residents of the town, Alejandro said, adding that “because they feel if they relocate their homes to a place like Las Casas, it becomes a sensation.”

He added: “They say that Acuzar can maintain the house and really give it stature. That’s true but it’s directly adulterated.”

Acuzar’s Las Casas has one house which came from Baliuag—the Vergel de Dios residence, which used to stand across the church in what is now a gasoline station.

Alejandro reiterated that the town should keep its own treasures like the old houses.

“These are treasures of Baliuag, so before (they go) out, I think it’s only fitting that the people of Baliuag (should) have a chance to keep the treasures,” he said.

“Unfortunately, with commercialism and all other sorts of considerations, it bastardizes the whole set-up,” he added.

Alejandro also pointed out a lot of old houses in the poblacion or town center were endangered because they had been foreclosed by banks since the owners did not know how to take care of them.

He added that although there was already a municipal ordinance,  people were not aware of it.