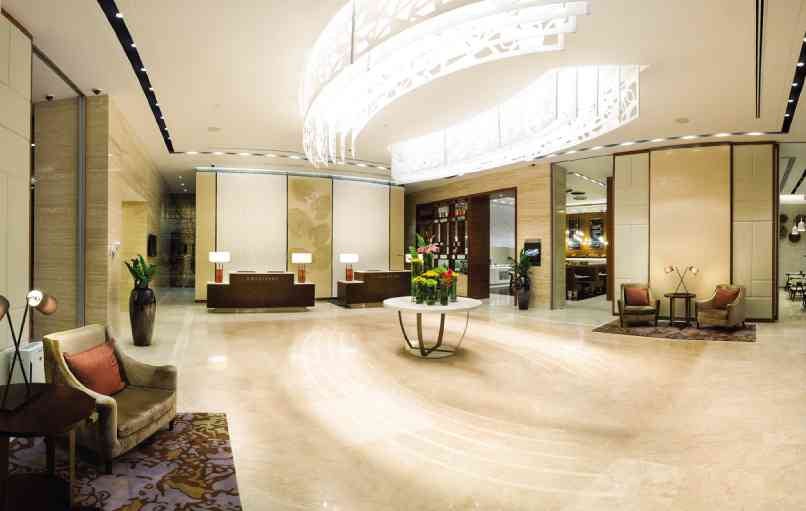 Frequent travelers, accustomed to international standards of service and amenities, can finally find that level of hospitality in Iloilo. The province’s growing economy and the recent Asia Pacific Economic Cooperation (Apec) ministerial meetings have driven developers to put up their hotel brands in the capital, Iloilo City. Plans are afoot for international brands as well.

Real estate developer Megaworld opened the 149-room Richmonde Hotel Iloilo (RHI) with pageantry at the launch of its township, the Iloilo Business Park, eyed as the province’s new central business district. The hotel was built to accommodate visitors to the Iloilo Convention Center, companies at the township and upmarket travelers.

“Richmonde Hotel Iloilo’s lobby translated the symbolic sugarcane and the stages of sugar production into defined, refined and creative spaces,” said Carmen Fernando, managing director of Megaworld subsidiary Prestige Hotel & Resorts Inc., in an e-mail interview. “Paying tribute to the major role of sugar in the development of Iloilo’s infrastructure, it seemed fitting to the design of the hotel lobby.”

Foliage-print wallpaper and the prodigious use of hand-loomed textures evoke the province’s natural landscape. Geometric designs on pillowcases and carpets suggest the ethnic motifs of Dinagyang, Iloilo’s most popular festival.

“Our aim is to embrace timeless elements such as Spanish colonial artifacts that display tradition while creating a relaxing yet dynamic environment,” said Fernando.

RHI offers the biggest hotel rooms in the city, starting at 36 square meters for a single occupancy. The soothing neutral color scheme and nubby textures of the bedding exude the feeling of an urban retreat.

While traditional bathrooms are tucked in a corner, RHI’s bathrooms are visually connected to the bedroom by a glass wall. People can see the elegant shower, premium fixtures and amenities from the bed. A shade can open up or close off the area.

The floor-to-ceiling glass walls offer views of the skyline.

Fernando added that RHI is the only hotel in Iloilo to receive “highly commended” honors for best interior design in the 2015 Philippines Property Award.

Beyond interior design, RHI meets the requirements of the discriminating business traveler—free WiFi, a generous desk with proper task lighting in the room, comfortable bed, a choice of shower heads, a fitness center and swimming pool.

Then again, the hotel aims to raise the bar in standards of service. “It’s a four-star hotel with a feel of five-star in terms of personalized guest service and attention to detail,” said Natalie Lim, RHI resident manager.

Lim pointed out that the hotel’s service handbook follows the standards of international five-star properties. The core management team consists of seasoned hoteliers from high-end properties. The staffers genuinely go out of their way to please guests. For instance, the chef can work closely with guests in preparing meals to suit their dietary requirements.

RHI’s function hall may not have a grand ballroom that is de rigueur for a five-star property, but it can accommodate 120 people and host VIP receptions. In fact, the staff had flown in ingredients from Manila and rehearsed the table service in anticipation of the visit of President Aquino and top officials last Sept. 14.

At the last minute though, Ilonggo Senator Franklin Drilon organized a press conference for Aquino at Breakthrough, touted as Iloilo’s best restaurant for fresh seafood. Nonetheless, the staff offered the same level of service to the remaining guests.

While the city is famous for its native cooking, RHI introduces international cuisine at its all-day dining outlet, The Granary. Its bestsellers include grilled salmon with beurre blanc sauce and Surf N’ Turf and Choco-Moist, the indulgent chocolate ganache cake. Also not to be missed is Richmonde’s signature oversized ensaymada.

The Bizbar is a showcase for the products of Emperador Distillers, the hotel’s sister company. For unwinding, The Bizbar offers live music on weekends.