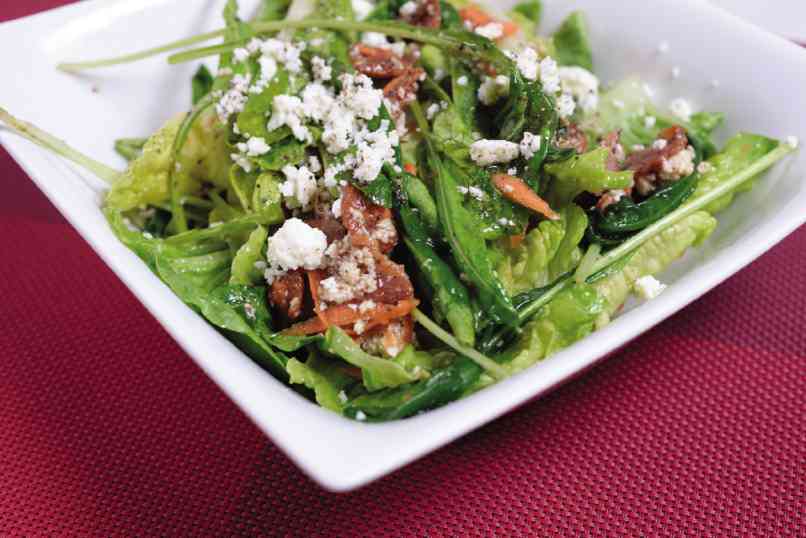 For decades The Maya Kitchen has been at the forefront of teaching cooking and baking.  Even before the culinary arts became a fashionable career choice, Maya was already conducting cooking lessons in its old building in Mandaluyong. In fact many of the recognizable names in today’s culinary world were once students in Maya’s cooking school.

Today, the tradition continues.  Aside from its intensive courses in its headquarters in Makati, The Maya Kitchen also holds monthly cooking demonstrations. Past guest chefs include Ariel Manuel of Lolo Dad’s fame; Doc Efren “Boy” Vasquez, owner of the sensational Café Juanita restaurant in Pasig; Amy Besa, author of the award-winning book “Memories of Philippine Kitchens”; Miguel de Alba, executive chef of Alba Restaurante Español and son of its esteemed founder of the restaurant, Anastacio de Alba; and Seiji Kamura, a restaurateur and culinary consultant from Japan who has lived in the Philippines for 30 years.

One of the more recent guest chefs was Sharwin Tee, host of the popular TV show “Curiosity Got the Chef,” which airs on the Lifestyle Network. A graduate of the Pacific Institute of Culinary Arts in Vancouver, Canada, chef Sharwin has worked as a personal chef and as a chef for the Embassy of Canada and the Tower Club in Makati. He has also been a guest chef at Sheraton Hotel Abu Dhabi in the United Arab Emirates and at Swissotel in Moscow.

During his cooking demonstration at The Maya Kitchen, chef Sharwin admitted to being a bacon fanatic.  He loves bacon so much that he has developed various recipes for it. Not surprisingly, his cooking demo was all about bacon—from bacon-wrapped fish fillets with mango salsa to waffles and bacon with hoisin sauce.

Here is his recipe for a green salad with bacon. However “sinful” bacon may seem, it definitely gets a bit of a healthy dose when mixed with arugula and Romaine lettuce. The sweetish vinaigrette further adds to this salad’s appeal.

In a nonstick pan, cook the bacon strips until crisp. Remove the bacon from the pan and leave half of the bacon oil in the same pan (reserve the other half for later use). Cut the bacon into bite-size pieces. Set aside.

In a bowl whisk together the strawberry jam, vinegar and olive oil to make a vinaigrette.  Season with salt and pepper.  Pour the mixture into the pan with the bacon oil and stir. Heat for about a minute.

Wash the lettuce (or mixed greens) and the arugula then pat them dry with paper towels. Arrange them in a salad bowl together with the carrots, white cheese and the cooked bacon.  Pour in the vinaigrette and toss well. Serve immediately.

If there’s only a little bacon oil in the pan after you’ve cooked the bacon, you can use all of it for the vinaigrette.

Choose native white cheese that is firm so it doesn’t become watery upon being mixed with the salad greens.

If desired, you can fry the native white cheese in a little oil before crumbling it for the salad.