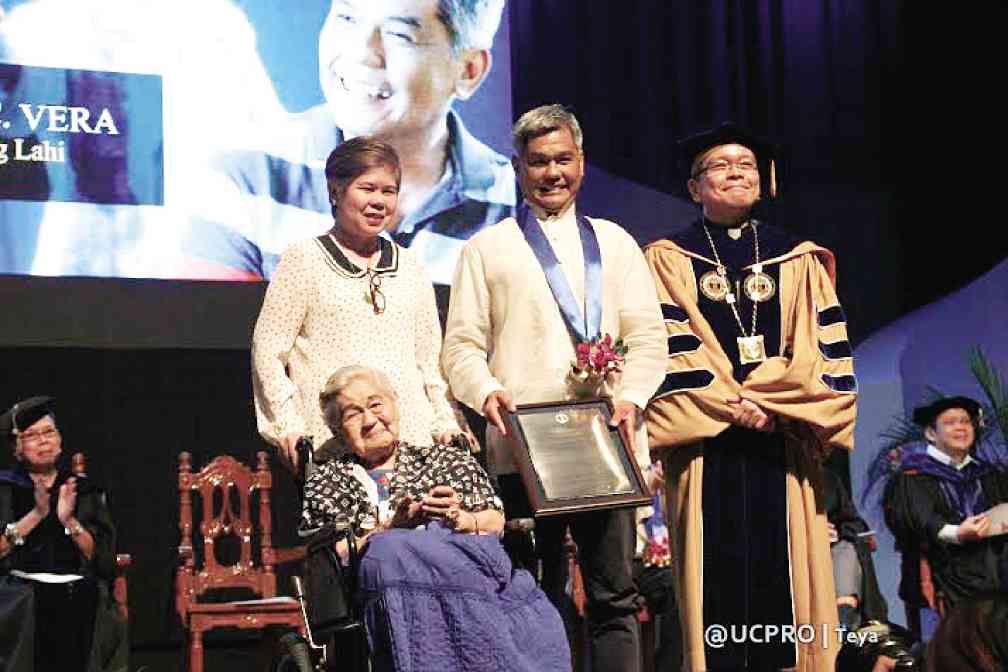 The Traditional University Awards honors individuals who best embody the values of the Ateneo.

Vera was honored for his works in theater and film that are topical, political and socially relevant, becoming an avenue for challenging and changing Filipino society. He has been at the forefront of “greatly enriching Filipino drama and literature with his original works, and appropriating for Filipino theater, landmark works of literature from Filipino and international writers,” according to the official citation.

A prolific writer, Vera has written more than 25 original plays, 10 of which have won Palanca Awards. He has adapted and translated more than 20 plays into Filipino, including those of Bertolt Brecht (“Mother Courage and Her Children”), Shakespeare (“Macbeth”), Jean Genet (“The Maids”), and Chekhov (“Three Sisters” and “The Cherry Orchard”).

He is currently the executive director of The Writer’s Bloc Inc. and a member of the advisory council of the Philippine High School for the Arts. He is also founding organizer and festival director for Virgin Labfest, an annual festival of unpublished, unstaged, untried, untested works for the theater, held at the Cultural Center of the Philippines (CCP), in partnership with Tanghalang Pilipino and the CCP.

Vera has mentored a great number of young people in writing and theater work. To date, he has conducted almost 50 workshops for community theater, playwriting, music performance and singing throughout the Philippines. He has also been invited abroad to teach playwriting and theater arts in Thailand, Japan, Australia, North America and Europe.