The Kudan, architectural gem in Japan, now the subject of a book | Inquirer Lifestyle ❮ ❯ 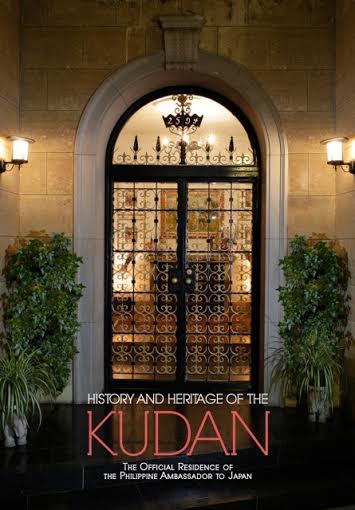 THE BOOK'S publication is timed with the commemoration of 60 years of Filipino-Japanese relations in 2016.

The Kudan, architectural gem in Japan, now the subject of a book

Tucked away in the heart of Tokyo, close to the Imperial Palace gardens, is an architectural gem known as “The Kudan.”

A sprawling 80-year-old mansion, The Kudan is one of the few architecturally significant homes from the 1930s that has survived war and the ravages of time and natural catastrophes.

Today it serves as the official residence of the Philippine Ambassador to Japan, and a book about it, also titled “The Kudan,” will be launched soon.

The book’s publication is timed with the commemoration of 60 years of Filipino-Japanese relations in 2016.  The book provides a fascinating narrative of the provenance and history of the home, with interesting tales of those who lived at the Kudan through the years, in the context of the long and complex diplomatic ties between the Philippines and Japan.

Historian Ambeth Ocampo, who spent several years as a teaching fellow in Japan at the Sophia University, writes about how the Kudan was built by the family of Zenjiro Yasuda, the great grandfather of famous conceptual artist and musician Yoko Ono, and goes on to narrate the Kudan’s fate in the hands of its subsequent owners.

“The Kudan” will be launched in Tokyo and Manila.  Photography is by Wig Tysmans; creative direction by Maja Olivares-Co, who is also co-publisher. The book is published by Tina Colayco of ArtPost Asia Inc.