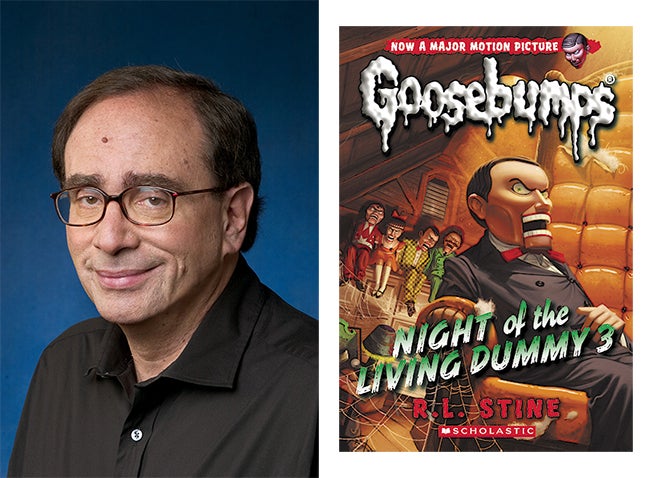 What is it like to scare kids for a living? What if you were really, really good at it? This is exactly what made author R.L. Stine a worldwide publishing overlord—the ability to scare young readers out of their socks but keeping a sense of humor about it with the “Goosebumps” series.

The 71-year-old Stine (real name Robert Lawrence Stine) has spooked out an entire generation of readers ever since writing the first “Goosebumps” book in 1992 and has gone on to sell hundreds of millions of copies around the world.

From Slappy the Evil Dummy (his personal favorite) to the Abominable Snowman of Pasadena, meeting Stine’s monsters has become a rite of passage with the horror novels kids pass on to each other after reading. After a hit TV show in 1995, “Goosebumps” comes to the big screen later this month in a movie starring Jack Black as Stine himself, the fearful and funny fruit of 20 years of development.

In a very Stine-like twist, the monsters inside the books escape into the real world. Stine remains as productive as ever, just having released “Trick or Trap,” the latest in his “Goosebumps Most Wanted” series, and writing five hours a day, six days a week. “I’ve written every Halloween story a person could possibly do,” he says.

For someone who works so hard at whipping up scary stuff, Stine certainly makes it look easy. The “Goosebumps” creator talked with Super over Skype about the things that go bump at night inside that prolific head of his. Here are excerpts: 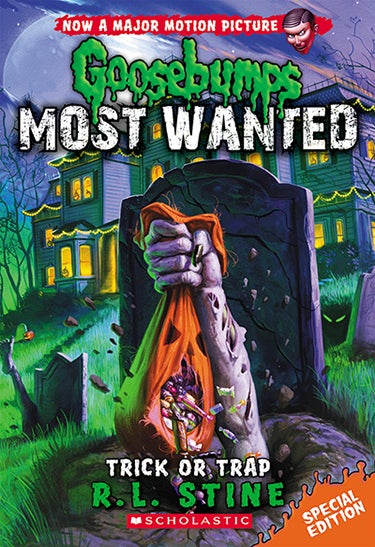 Exactly how many books have you written?

I don’t know! I lost track. Altogether, including all the joke books, maybe 330. You’d have to be pretty crazy to write that many books.

How do you balance being spooky without being utterly terrifying?

Well, that’s what I do, and I do funny, too. Funny and scary is the combination. That’s what I work really hard at, so that, especially for the younger kids, if it starts to get really intense, if I think it’s a little bit too scary, I add something funny.

Kids of different generations read your stuff. How do you keep your books current?

I have to keep up with the culture. I have to make sure I get all that stuff right, like the clothes they wear, the right way they talk. Luckily, the fears don’t change. The things we’re afraid of pretty much stay the same. They’re afraid of the dark, afraid of going down to the basement at night, afraid something’s lurking in the closet. The big change, of course, has been the technology, and I have to be careful not to put too much technology into the books because it’s out of date too weeks later.

Cellphones have ruined just about every plot you can do. I used to be able to do these plots where a girl gets frightening phone calls and she’s going, ‘Who is this, who’s calling me?’ Now, you just look at your phone and you know who’s calling! The book’s over! It’s ruined!

Do you ever wind up with ideas that don’t work?

I always get story ideas that don’t work out, but I never get too far with them because I outline every book first. I never sit down and just get writing. I do a very clear outline of the book so I know if the outline isn’t working—and believe me, my editors tell me—I’m not going to write the book. It’s not going to happen.

How is it like to be played by Jack Black in the “Goosebumps” movie?

I don’t know whose idea it was. It’s very weird to be a character in a movie. It’s very strange. But it’s also really fun. I’m played by Jack Black, and he’s very funny. He’s sort of a very sinister RL Stine. I’m enjoying the whole thing.

What can people look forward to in the movie?

They can look forward to seeing over a hundred monsters, all the monsters from the early books. They all get out of the books. And the three teenage actors in the movie are wonderful. 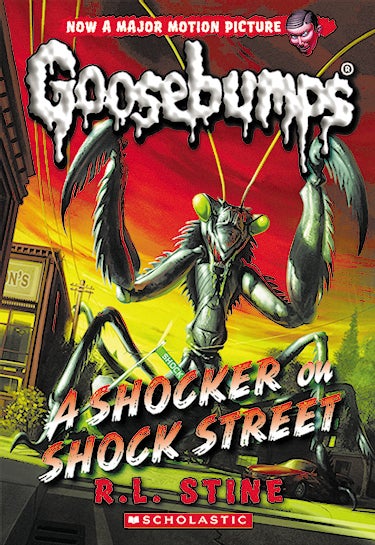 Have you ever thought about writing horror for adults?

No, I don’t enjoy it that much. I don’t think I’m good at it. I don’t like grownups that much. Kids are a great audience. My audience is 8- to 12-year-olds. That’s the best audience you can have. After that, they discover sex and they have to be cool. And that’s it!

With the available technology, social media and the movie, it seems it’s the perfect time for new readers to discover the “Goosebumps” series. What do you think?

I love kids reading on anything. I don’t care what they read on, as long as they’re reading and they like stories. So far here—I don’t know how it is over there—but here the e-readers like the Kindle haven’t really caught on. And so far, children seem to prefer having real books. The e-readers are pretty expensive. So actual paper books have pretty much maintained their own with kids.

“Goosebumps” books (including the movie tie-in titles) are available at National Book Store and Powerbooks. Columbia Pictures’ “Goosebumps” opens in cinemas on Oct. 21.