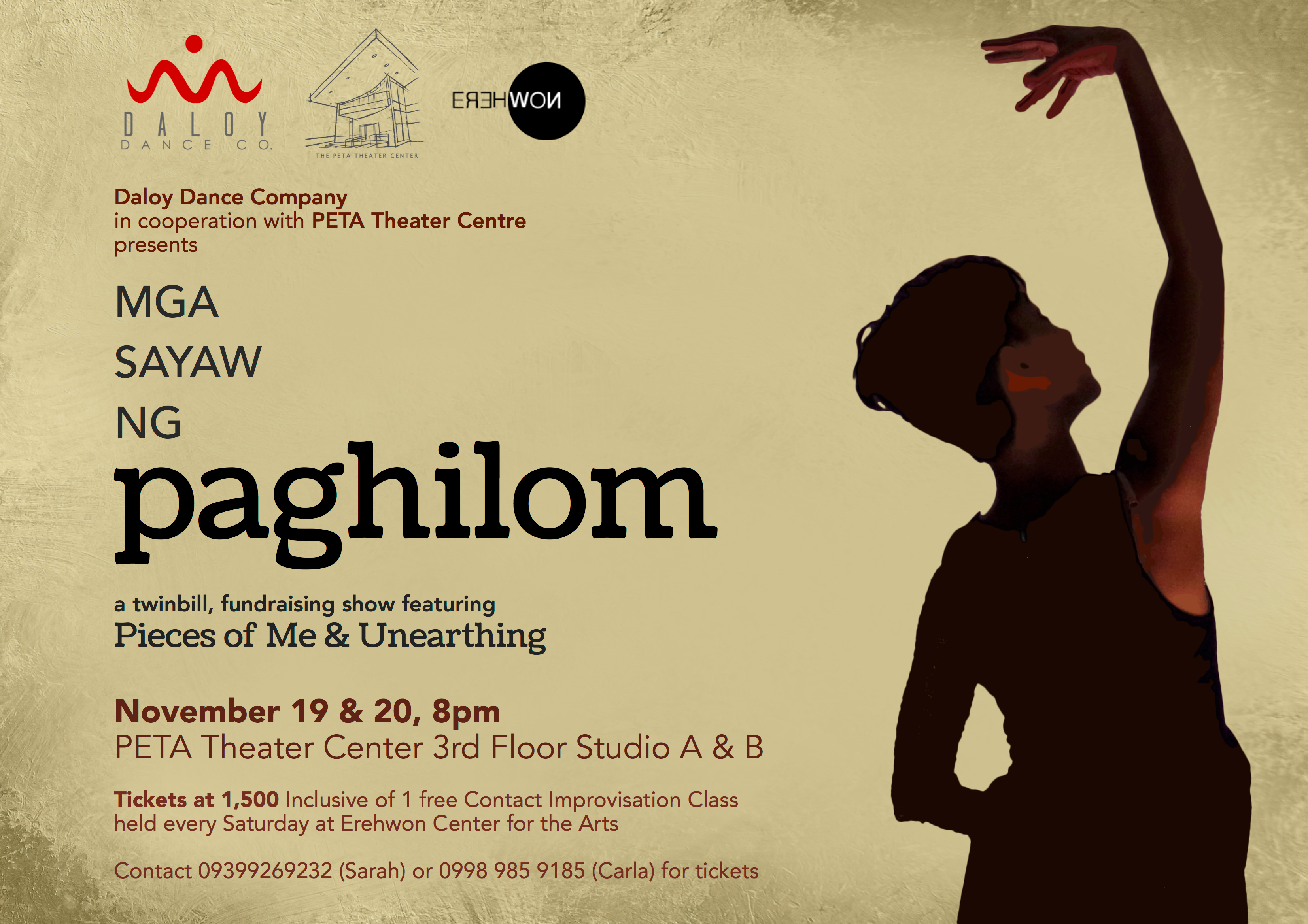 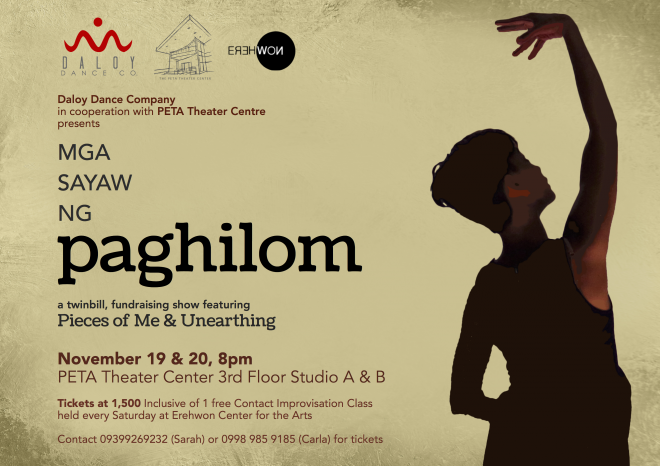 “Mga Sayaw ng Paghilom” is a twinbill show—featuring “Pieces of Me” and “Unearthing”—that Daloy Dance Company is mounting for fund-raising purposes on Nov.19-20 at the  Philippine Educational Theater Association (Peta) Theater Center, 3/F Studios A and B.

Only in existence for a year and a half, Daloy has already made waves in the Manila art scene. Formed by artistic director Ea Torrado in April 2014, Daloy has performed in venues such as the Cultural Center of the Philippines, Peta Theater Center, as well as in unconventional sites and events such as Fête de la Musique in Intramuros, The National Book Development Board and at the Malasimbo Lights and Dance Festival.

The company constantly snips away at the strands that define dance, theater, improvisation and performance. It produces works aimed at deepening human connection and celebrating the power of live physical performance.

As a homegrown Filipino company, Daloy has produced critically acclaimed works that both question and celebrate society, such as “Dysmorphilia,” “Canton” and “Himalaya.”

This time, the fund-raising show focuses on healing through dance with a look to the past and a nod at the future. As a non-profit independent company, Daloy will use the revenue of this fund-raising show to support its studio rental, travel expenses for upcoming tours and the full mounting of its production “Unearthing” in 2016.