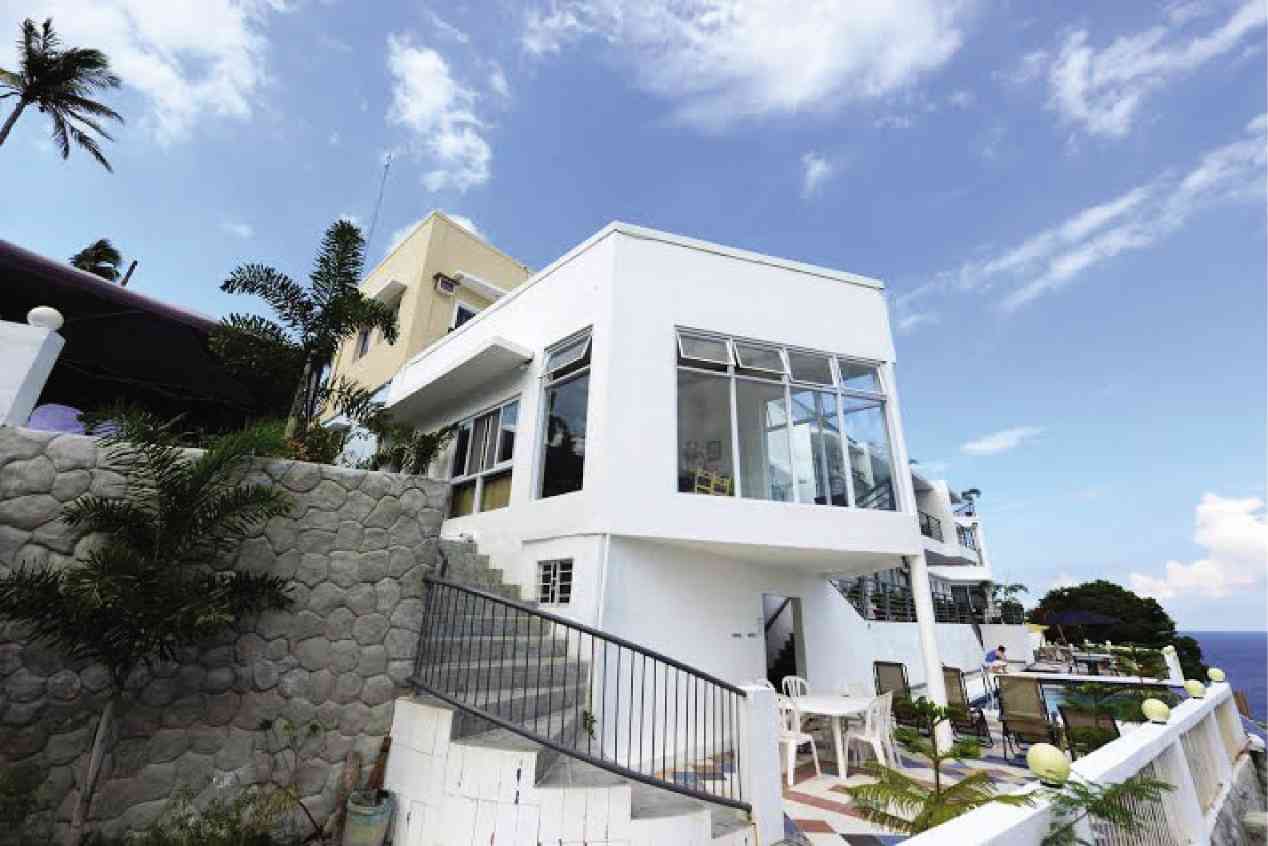 Casting tensions, anxieties away in this beach house

“EVERYONE should believe in something.

I believe I should go to the beach.”

The tensions, confusions, anxieties over a missing tenor, among other stresses behind an opera production make for a good libretto for a new musical.

If it weren’t for over-scheduled with penny-ante livelihood projects, I’d carve out a quarter of a year to collaborate with a composer and write what went on in mounting Rossini’s “La Cenerentola.” An opera buffo no less that will have impresario Joseph Uy and reviewer Pablo Tariman high-fiving it or maybe rolling down the aisles, their uncontained giggles and guffaws raising the eyebrows of high society matrons seated along the same row.

But such is life; I’d rather dream of a beach holiday following the prolonged standing ovation for the opera players—the Manila Symphony Orchestra led by Singapore’s great music export Darrell Ang—and weeks of volunteer work that followed the first-ever staging of “La Cenerentola” in the Philippines.

For those who worked behind the scenes, Uy and prodigiously talented artistic director Camille Lopez Molina most especially, it was vindication of their belief that stand-alone operatic music, stripped of sets and costumes, will win the day (or night as it were).

For a postproduction R&R, Joseph partnered with Casa Amara—the private residence in San Juan, Batangas, owned by Gemma Luz Corotan-Kolb and Klaus Kolb—that is in the Airbnb radar. Airbnb is a website that allows homeowners to list and rent lodgings and for visitors to find them. It has over 1.5 million listings in 34,000 cities and 190 countries.

For hostess Gemma, a semiretired journalist (Vergel Santos and I are still hopeful she’ll get back on the saddle with all the stories waiting to be told in her unique style), this would be the “first cultural group” to visit Amara. It was a long-awaited visit; it should’ve happened when Romanian-British soprano Nelly Miricioiu was in the country in March, except she and husband Barry Kirk were under the weather after days of seven-hour master classes. Something she had eaten was sending her to the toilet once too often. Gemma’s preparations then were sunk.

But before this pocket vacation happened, there was trial by Calvary again. The people supposed to join us weren’t initially predisposed to go after the high of watching or being part of the opera itself. I blame it on a post-Christmas-like slump in mood. Gemma sensed the low energy and was worried to the point of being panicky.

She had prepared for the visit alongside chef Chachie Directo who already did the marketing. There were the contracted services of the Bioessence masseuses and therapists (diamond peel facials) for a feel-good stay.

As mothers, we know when to pull out the whip. So Gemma’s SMS invite I worded in such a way that the text read more like an ultimatum than a gracious invitation to reward ourselves with sun, sea and natural breeze. It ended with, “sorry na lang, ’di na mauulit ito.”

The ultimatum worked. The hired van picked up the beach-bound dozen after mucho haggling with the original driver and owner who must’ve thought that an operatic troupe was loaded financially and tried to sting us with a round-trip fee of P11,000. Resourceful Joseph found another van and driver willing to do the job for less than half the fare and even wait for us to finish overnight holidaying.

Let the pictures tell the story, but let Mama Gemma assure you that a visit to Amara is meant to be “an experience—you don’t just have breakfast. Everything from breakfast to dinner becomes an experience because you feel taken care of.”

As for the baby puking the minute he or she steps into the living room or a guest dragging in sand from the beach, that’s fine with the lady of the casa. She’s not striving for “a stiff, polished look. Let’s not take each other too seriously.”

For the interiors, she has combined the modern with the classic, even with camp. She said, “For as long as I like it, it has a place. A home is a place you live in, not a place you show off.”

Even before the idea of a beach house came up, she had been collecting seascapes decades before. She liked oddities like naval ships in bottles and epigrams about life by the sea.

Soon, the two groups—media represented by Chit Roces-Santos, Vergel, Winnie Velasquez, Alan Robles and this freelancer; Team Cenerentola (Joseph, tenor Arthur Espiritu with wife Christine and their son Aaron, Camille and daughters Bia and Sofia, classical music marketing man Alan Andres; plus a music-loving doktora in Melen Araos—jelled like jello with some cream on top. By the next day’s departure, some disclosures or intimate memories were shared.

Arthur told of how, as a bridegroom in December 2012, he was astonished at the glow and look of his bride as she walked on the aisle towards him that he flubbed (the lyrics? the melody?) his part in Bach’s “Bist du bei mir” (“Are you with me?”). They were supposed to sing their own wedding march song.

The English translation of this German song goes:

“If you are with me, I will gladly go

to my death and to my rest.

Ah, how pleasant would my end be

if your dear, fair hands shut

What undid the protective layers that we use to hide real selves? Was it the newness of the Amara experience, the swim in the infinity pool, the massage from the night before, the food, the view of the sea from the balcony that is, in Gemma’s words, “so in your face”?

All those factors contributed, plus the just-right mix-match of people. It was nothing less than a meeting of kindred sea spirits seeking rest.