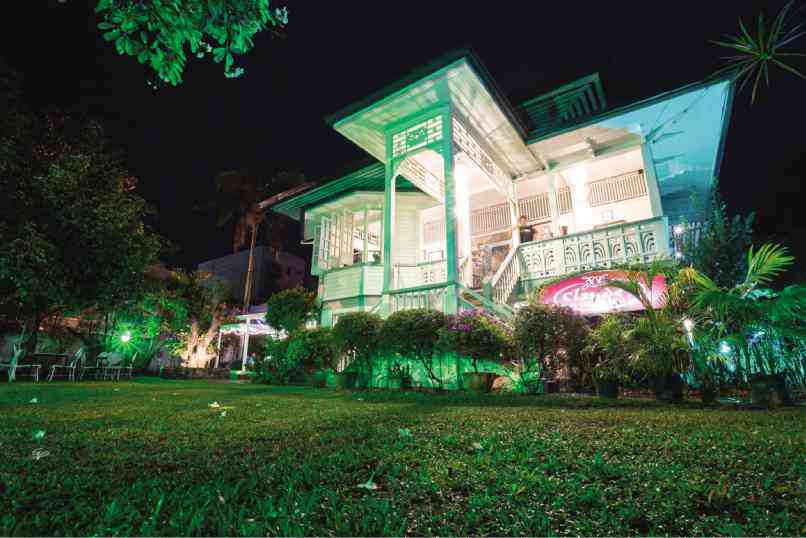 THE STATELYOboza home in downtown Davao City was constructed in 1929. JILSON SECKLER TIU

Turning old and beautiful houses into restaurants serving Filipino food may seem like a trend, but in fact, it’s simply a shift in the right direction—breathing new life into otherwise idle structures.

In Quezon City alone, there are a number of such dining places, including Victorino’s, Romulo Café and Limbaga 77 that sit near each other.

For almost 20 years, Claude’s has been serving hearty French provincial fare in this progressive Mindanao metropolis more famous for tuna and durian.

The restaurant—owned by French chef Claude Le Neindre and his Filipino wife, Tess—was previously located elsewhere but now occupies the historic Oboza Heritage House on Rizal Street. Claude moved his restaurant here when he learned the house was up for lease.

“The owners had left the house for their children but many of them were already living abroad,” Claude told Inquirer Lifestyle during a recent visit. “I think they were pleased that we had taken over to lease it. We finally opened in 2011 after several months of renovation.”

The house, originally constructed in 1929, looks very well-maintained. The white wooden structure has retained its clean lines and a verandah that looks out into a garden.

In the verandah are various memorabilia, including an elegant wedding portrait of the Obozas, a photograph showing prominent Filipino government officials attending an event in the same house, and an antique wood and glass cabinet.

In the main dining room, the original carved wooden arches designating the different areas of the house are intact.

Two rooms on the right side used to be the bedrooms of the former occupants. Now, guests can reserve them for special functions or intimate dinners.

There is an open kitchen but the cooking is actually done in a separate main kitchen downstairs—built for safety purposes. “We didn’t want to cook inside as the house is almost entirely made of wood,” Claude explained.

The menu items consist of French regional dishes that Claude grew up with, as well as those he himself concocted.

A native of Tours of the Loire Valley in France, Claude trained in his hometown at the Hotel de L’Univers and the L’Etoile d’Potel in Paris.

He counts stints at several international luxury hotel chains and as partner-owner/manager of a 16th century property called Hotel du Dauphin in L’Aigle, Normandy. After three years, Claude sold his shares and settled in Davao with Tess.

He worked at Pearl Farm Resort as resident manager for two years before building his own restaurant in November 1995. In May 1996, he opened Claude’s.

“We come up with new dishes every month because we want to please our guests,” he said. “We also don’t want the cooks to fall into a routine, hence the new items on the menu.”

Claude and Tess live nearby and make it a point to be at the restaurant daily to oversee operations and chat with guests.

“They tell us what items they like; so far, our best sellers are the escargots, the foie gras, and our grilled meats, including beef from the United States and Australia, and lamb from New Zealand,” said Claude. “The quality of the local beef has also improved so we regularly receive supplies from our contact in Malaybalay, Bukidnon.”

Served during our visit was a tasty chicken liver pate with a jam-like onion confit, watercress soup, and grilled beef tenderloin paired with buttered vegetables, marble potatoes and pepper sauce.

“Since we started serving the watercress soup, we’ve made a killing; it’s very popular with locals,” Claude said.

As the Lifestyle staff learned that evening, Davao City is more than durian, tuna and beaches.