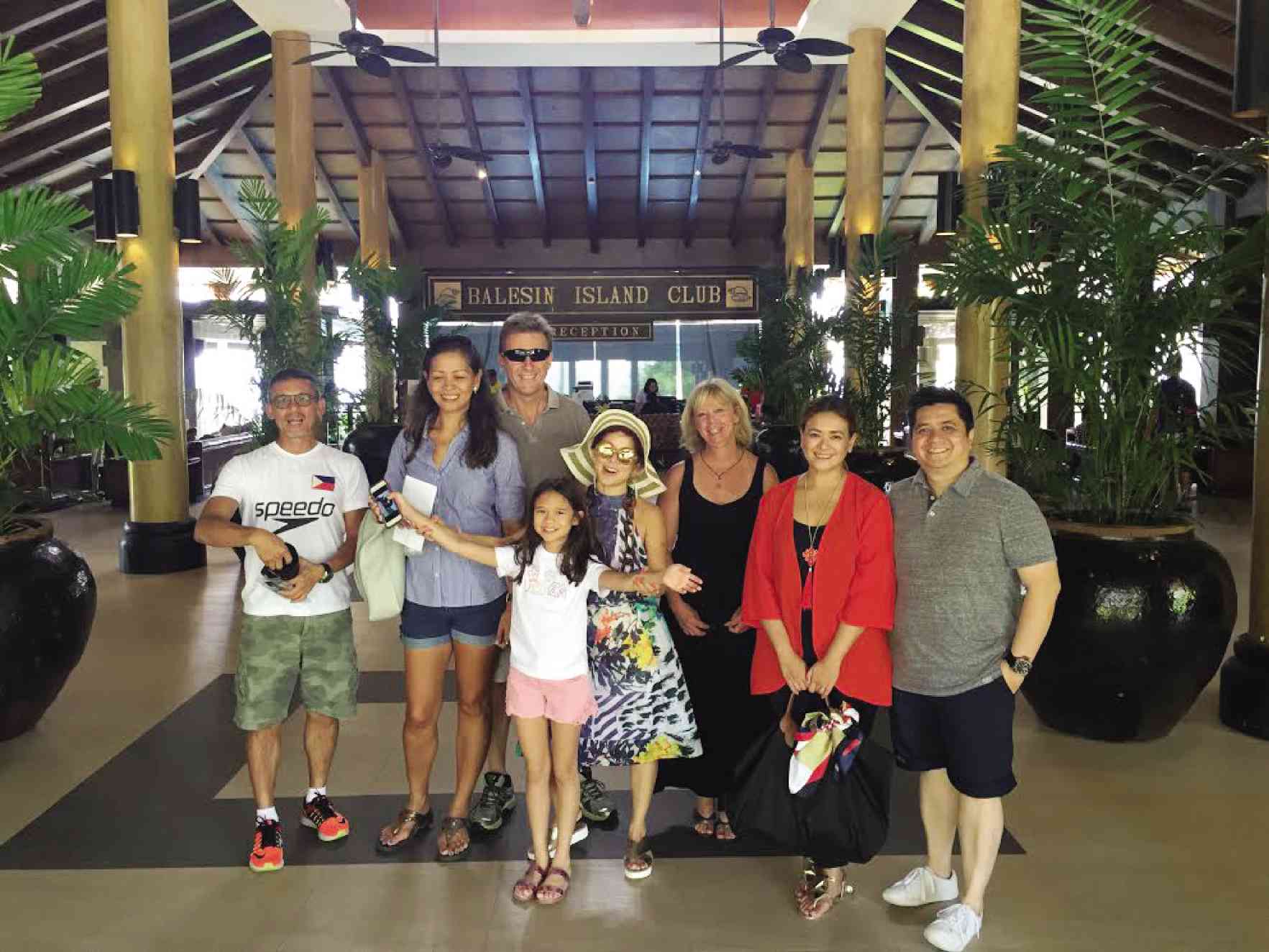 Breathe in, energize your body and exhale all stress away! With just five days to go before our annual Red Charity Gala, co-chair Kaye Tiñga and I are at Def Con 5, from a stress level point of view. We’re excited to bring on another spectacular affair highlighting fashion and charity.

The Red Charity Gala will kick off on Oct. 16 with cocktails at 7 p.m. sponsored by Bench at the upper lobby of the Makati Shangri-La.

From there, guests will move to the Rizal Ballroom for dinner and the fashion show of London-based designer Lesley Mobo. Kaye and I are still obsessing over the small details like floral arrangements and final items for the auction.

Several weeks ago, Kaye and I, along with our producer Maggie Gineta, had our food tasting with executive chef Paul Lenz and pastry chef Romain Renard.

I must say our guests will be delighted with the delicious flavors that the Shang team will be cooking up.

This culinary expertise was recently on show at the launch of the Eight Hands Dinner, an original concept that introduced an exclusive, one-of-a-kind dining experience. In a stylish kitchen setting, we were involved in a mysterious gastronomic affair that stimulated all the senses from start to finish.

Over the course of dinner, Alain Borgers, area manager of Philippine Shangri-La properties and general manager of Makati Shangri-La, explained that the team created Eight Hands for its top clientele and valued partners to give back through this unique experience.

Referring to the “eight hands” of the hotel’s four culinary rock stars, a discerning menu of authentic cuisines was created from the countries of their origin.

Hailed as the best Japanese chef in Asia outside Japan during his work in a top Japanese restaurant in Singapore, Hikawa takes pride in his fine kaiseki creations. Each ingredient takes inspiration from the sea, river, mountain and field.

Chinese chef Lam honed his expertise in authentic Cantonese cuisine by working at several top restaurants in the country through the years.

French cuisine is represented by chef Galli, who created a perfectly cooked duck. He is a member of the Disciples d’ Auguste Escoffier, one of the most prestigious culinary associations in Southern France.

Also from France, pastry chef Renard is a member of numerous exclusive associations of culinary experts, such as the Les Toques Blanches and Chaine Des Rotisseurs.

For the Red Charity Gala auction, Shangri-La GM Borgers has arranged a Parisian holiday at the Shangri-La Hotel Paris, along with two Singapore Airlines Premium Economy tickets to Paris.

Another auction item is a Balesin Island Club share worth P2.2 million, donated by Alphaland chair Roberto V. Ongpin. RVO was in Balesin for the International Coastal Clean Up, which was participated in by the staff and guests on the island. I had a tough time finding any trash on the manicured sands of Balesin, but had fun with the students from the local barangay, who all got loaves of Gardenia bread for joining in the Coastal Clean Up.

Alphaland director Anna Ongpin told me that Balesin will have a raffle every Saturday in October, giving away two shares of The City Club. That should be enough reason to head back to paradise these next two weeks.

But I’ve digressed. Still about the Red Charity Gala auction, another exciting item is a stunning Jewelmer Joaillerie pearl strand, sure to be a winning item for a deserving lady. Every Jewelmer South Sea pearl strand is a work of art, and a five-year journey involving 377 steps—from the oyster to a lady’s neck. Each pearl is unique, and master graders have to discern the factors that make a pearl strand blend into one exceptional piece of jewelry.

For the men, we are presenting a bottle of Louis XIII, Remy Martin’s Grand Champagne Cognac. This is, of course, no ordinary bottle. I learned all about it last month when Remy Martin had a tasting event and private reception for Louis XIII at the Crystal Lounge of City of Dreams Manila, hosted by Remy country manager Joey Pineda.

Remy Martin distinguishes Louis XIII not as a spirit, but rather as a moment to savor, for it is a unique blend of 1,200 eaux-de-vie, all from Grand Champagne, all aged in tiercons, century-old casks made from Limousine Oak. The bottle is an exquisite crystal decanter created by 11 craftsmen working together to create it. It is actually a replica of an ancient metal flask found on the battlefield of Jarnac.

The name itself, Louis XIII, honors the French king who reigned when the Remy Martin family empire started in Cognac, France. With such a pedigree, truly, Louis XIII is the king of cognac.

With all that, I do hope everyone is looking forward to the Red Charity Gala as much as Kaye and I are.