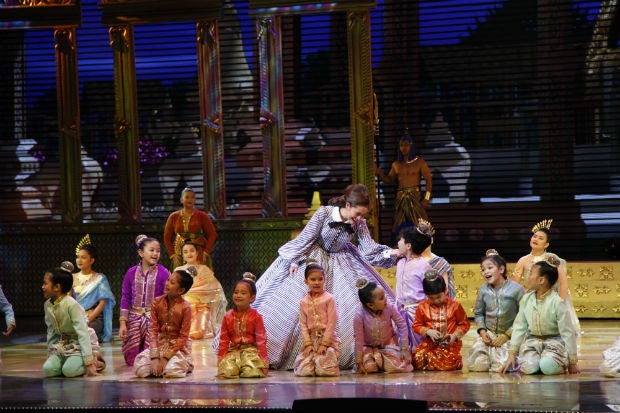 Anna gets to know the Royal Siamese children in Resorts World Manila’s staging of “The King and I” in 2012. CONTRIBUTED IMAGE

After a successful run at Resorts World Manila’s (RWM) award-winning Newport Performing Arts Theater (NPAT) in 2012, “The King and I” takes its act to the Lion City.

Aspiring thespians can vie for the roles of Luntha, Tuptim, Lady Thiang, Louie Leonowens, and one of the eight wives of King Mongkut.

Open auditions will be held on Wednesday, October 14, at the 3rd Floor Practice Room of the NPAT.

Considered as the longest running Rodgers & Hammerstein musical in Southeast Asia with a total of 138 shows under its belt, ‘The King and I’ looks to duplicate its success in the local theater scene as it expects to light up the Singapore’s stage with outstanding performances, dazzling costumes, and magical set designs.

Visit “The King and I Manila” Facebook page for more details.

Dine in one of almost 50 restaurant outlets offering a diverse selection of local and world cuisine, prepared by top Filipino and foreign chefs and paired with a wide selection of the finest wines and popular liquors.