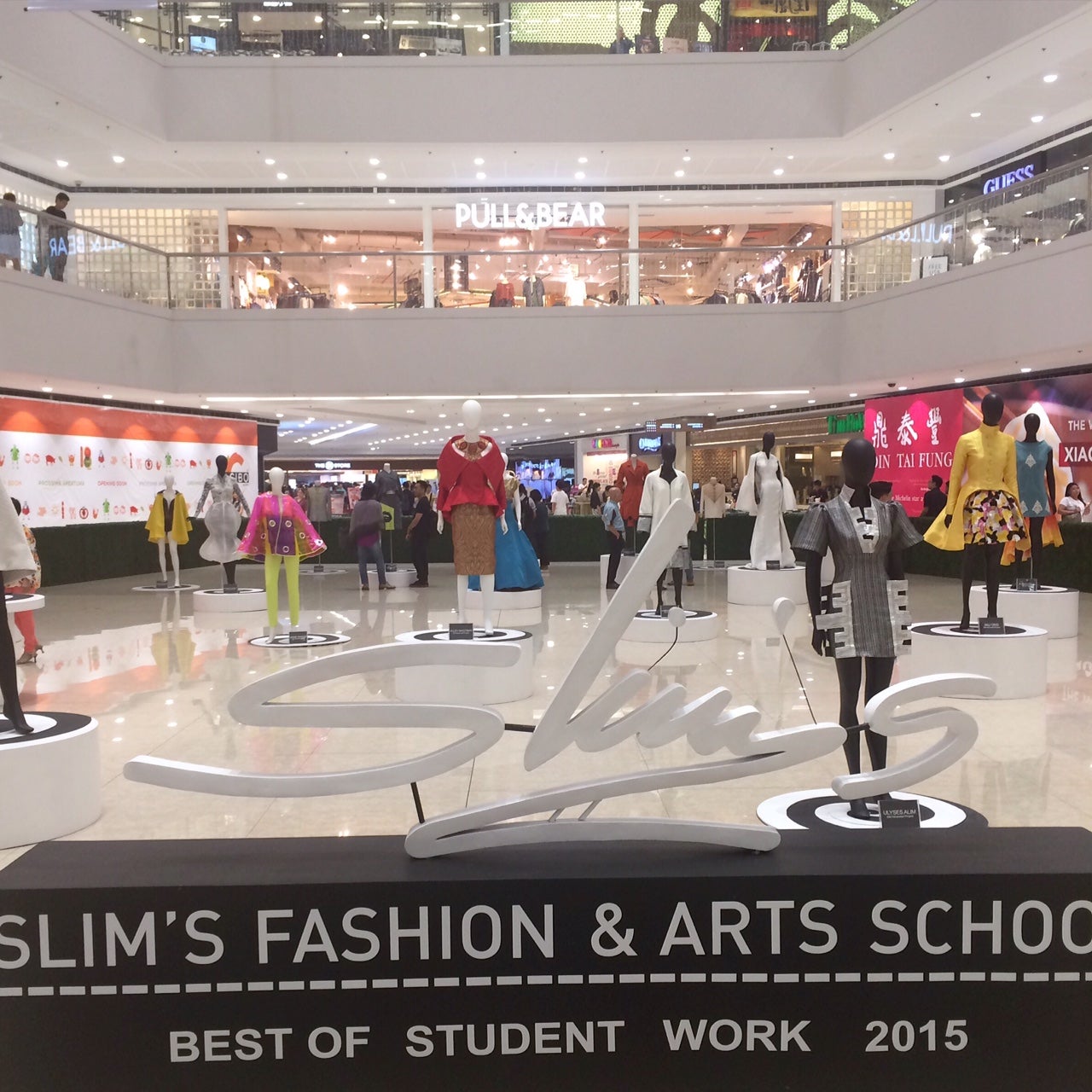 TO mark its 55th year as one of the best and most established fashion schools in the Philippines, Slim’s Fashion & Arts School is celebrating the decade it was founded in by presenting its annual students’ exhibit inspired by the 1960s.

For the first time, Slim’s annual exhibit is being held at the SM Mega Fashion Hall’s huge activity center in Mandaluyong. The ongoing exhibit runs until tomorrow, October 13. It’s open to public for free.

As every fashionista worth her hot pants, miniskirt and go-go boots knows, the 60s was a unique and interesting decade that heralded such developments as women’s lib, the pill, advances in the civil rights movement, Youthquake, the Vietnam War and the first man on the moon.

Since it was at the juncture between old and new, it led to plenty of discoveries and experimentations in various fields, including, of course, fashion, which swung from the dying remnants of the New Look to Mary Quant’s bold, shapeless miniskirts and Paco Rabanne’s iconic and experimental metal and plastic dresses.

Slim’s brief to its students was simple, said artist and school director Mark Higgins: to celebrate the decade of their school’s birth, which first opened its doors to the public in 1960.

“They didn’t create clothes for the ’60s,” he added. “These students created clothes inspired by the ’60s, clothes which can be worn today.”

He and sister Sandy Higgins now run Slim’s, which was established by their late fashion designer-mother Salvacion Lim-Higgins and her two sisters after recognizing the need for a fashion school that not only teaches its students the rudiments of the craft, but most importantly also gives them the proper context and perspective.

In keeping with the decade, some of the clothes on display are truly avant-garde in its use of materials, colors, embellishments and inspirations.

A fuchsia-colored plastic poncho embellished with silver rings and worn over an apple green cat suit, for instance, stands out for its audacity, while a simple mint green dress by Con Andres becomes instantly edgy, thanks to rows upon rows of tiny gold safety pins that adorn its hem and sleeves.

A number of students also reinvented the terno by retaining the trademark butterfly sleeves, but giving it a twist or two in terms of treatment, silhouette and inspiration.

Ray Ann Gutierrez’s terno, for instance, echoes the look of a modern-day sneaker—from the crisscrossing shoelace down to the mesh and neoprene components and piping.

A number of works eschew colors and embellishments in favor of impeccable construction. These include the works of Erns Huiso, Reymund Claridad and Abdul Gaffar Abdullah Dianalan.

Claridad, for instance, fashioned a basic-looking cream skirt suit with voluminous cape reminiscent of the 1960s. But upon closer scrutiny, his work is anything but basic because not only did it combine tailoring with a bit of draping.

The entire look, including its built-in cape, is actually made from one single continuous piece of fabric. Claridad also presented a second look—a dress with a lacy appliquéd top and lantern-like see-through skirt inspired by a lamp.

Huiso’s picture-perfect tailored wool ensemble is noteworthy for its clean, seamless construction and his effortless ability to inject a pop of color on the skirt in the form of an apple green pleated detail made of neoprene.

And what would be the ’60s like without a bit of in-your-face humor? Huiso injected pop art to his design by having Marilyn’s Monroe’s blue lips enlarged and printed on the skirt’s pleated green section.

Higgins guided the students in terms of direction and what inspirations to pursue, but they were basically on their own. And just to ensure that they didn’t tap the services of professional sewers, they were required to do everything in school.

“If you call yourself a designer, then you should be able to do everything,” he said. “Even if you have a staff, you have to be able to execute your ideas. And the only way to learn how to cut and sew is by going hands-on.”