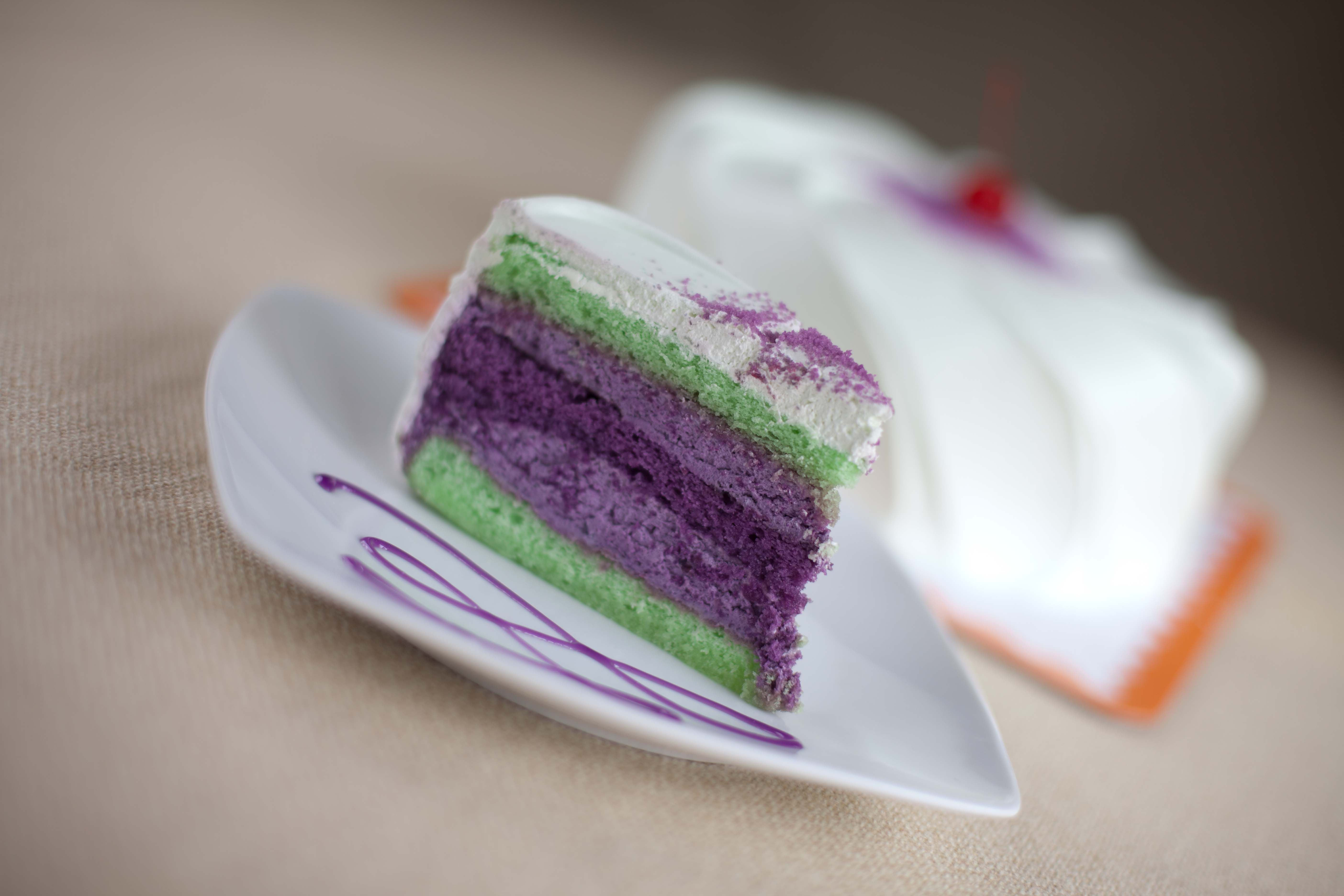 One dish you might not expect at a bakeshop is ostrich, but at Icings, the protein-rich bird is served in a number of ways.

It’s chopped, formed into meatballs, cooked with tomato sauce and paired with pasta; seasoned with a coffee rub and served as steak; and sliced into pieces and paired with egg and fried rice like our tapsilog.

It wasn’t always like this. Owner Ceyli Tong opened Icings over two decades ago and sold a selection of cakes and other pastries that she created and tested with her family. While she offered traditional desserts like chocolate cake, she also experimented and now has fruit-topped and -filled confections like Mango Cake, Strawberry Cheesecake and Ube Pandan.

The last consists of layers of violet ube and green pandan flavored cake topped with cream.

Her daughter Candice recently joined and is now part of the culinary team. An HRM graduate of De La Salle-College of St. Benilde, Candice is responsible for many of the restaurant’s savory dishes, including the ostrich meat items.

The decision to serve ostrich, which is considered a healthier protein alternative, is in line with Ceyli’s move to serve less sugar-rich desserts.

“I come from a family of diabetics so I began lessening the sweetness of the desserts. I also began using natural sweeteners like coco sugar,” she said.

As baking is an exact science, she had to be careful about substituting ingredients. “I use less oil, less sugar now,” Ceyli said. Even the “cream” she uses to frost her cakes is made with nondairy creamer so lactose-intolerant guests can still indulge.

The Icings branch on Lazcano Street, just off Tomas Morato Ave. in Quezon City, now serves healthier meals and desserts and is open from breakfast to dinner.

“We get a lot of families in the morning, while throughout the day, solo diners and couples drop by for a meal or a slice of cake,” Ceyli said.