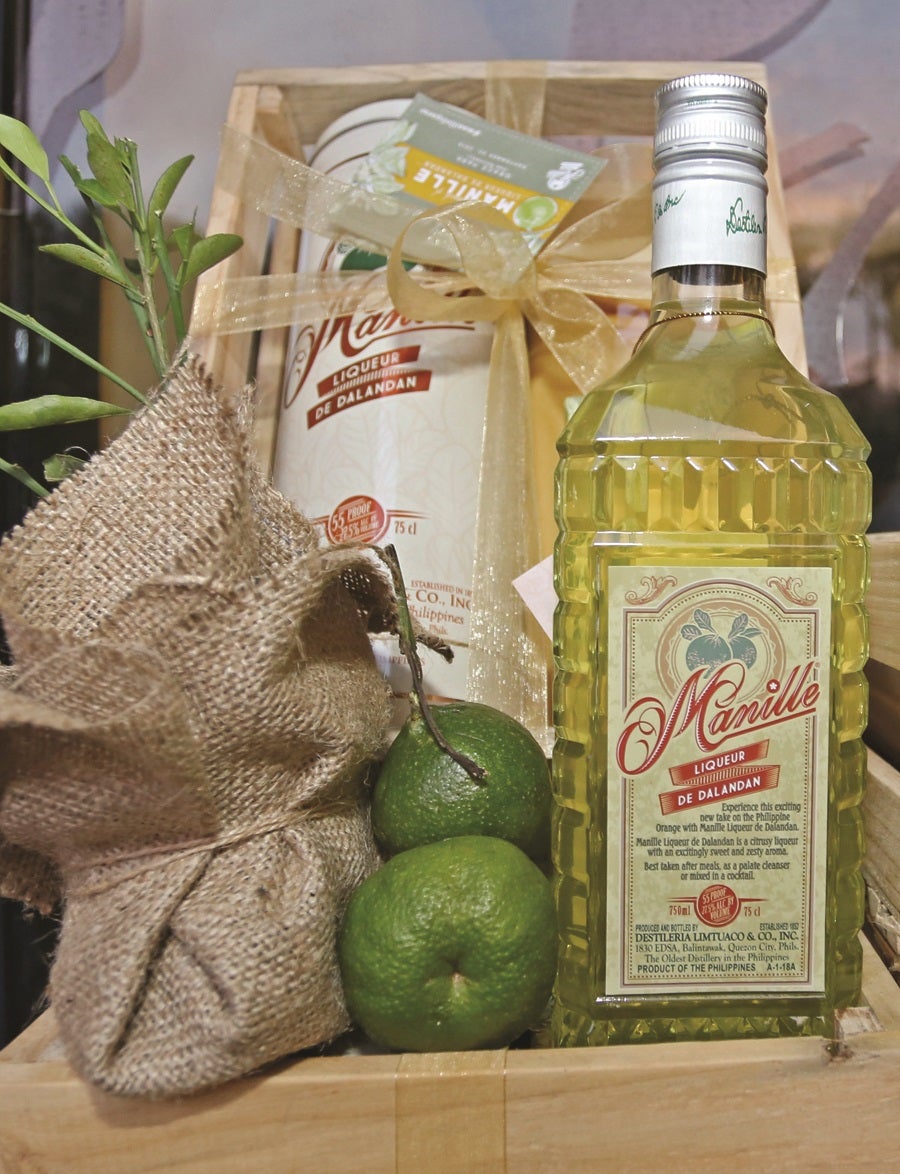 Not only is it inspired by the Italian limoncello, Manille Liqueur de Dalandan can also be used to flavor certain dishes.

Instead of using the usual ingredients to flavor her dishes, she used either Manille Liqueur de Dalandan or the dalandan itself.

“Using local ingredients to flavor food isn’t new to me,” said Fores. “For the past eight years, it has been kind of my advocacy to create dishes that combine the best of Philippine ingredients side by side with the best of the world.”

Since they share an advocacy of promoting food and drinks made from locally sourced ingredients, Olivia Limpe-Aw, president of Distileria Limtuaco, tapped Fores as Manille Liqueur de Dalandan’s brand ambassador.

Manille Liqueur de Dalandan is the only liquor in the world that utilizes the dalandan skin’s essential oils. Aw sources her dalandan from the same group of farmers in Mindoro Oriental who provide her with calamansi.

“I’ve seen how, sometimes, the use of our crops are limited,” said Aw, whose company also introduced and manufactures Paradise Mango Rum Liqueur and Amadeo Coffee Liqueur. “I want to show everyone that, with proper research, right materials and drive and passion, we can find new ways to promote our own produce.”

The two women first met at a Philippine embassy event in Rome in 2012 where Aw’s Manille Liqueur de Calamansi was one of the featured drinks.

Fores, a big fan of Italian cuisine and citrusy drinks, was very impressed, as the newly launched liqueur reminded her of “good, crisp and smooth” Italian limoncello.

“Like lemons used for limoncello, which only grow in southern Italy, Manille Liqueur de Calamansi is quite unique because it’s made from Philippine lemons. The same is true for the Philippine orange,” she said.

She suggested that Aw create other variants made from dalandan and pomelo. The latter responded by first making sure she had a steady supply of dalandan from Mindoro before starting her research. Fores flew with Aw during one of her visits to the province.

“It was quite moving to meet the farmers and see how they farm,” said Fores. “They’re subsistence farmers who pool their resources to be able to provide Olive with the fruits she needs. And since the farmers’ cooperative now has a captive market, farming has become a sustained, year-round industry.”

Fores also provided her inputs during product development, as she and Aw went through a couple of samplings before they agreed on a final formulation.

Although the finished product is a tad sweeter than Manille Liqueur de Calamansi, it is to be expected, as “Orange is usually not as sour as lemon,” said Fores. “The sweeter it is, the better for digestion.”

Just like Distileria Limtuaco’s first creation, Manille Liqueur de Dalandan gets its flavor from oils extracted from the fruit’s skin. Slightly overripe dalandan won’t do, as they affect the finished product’s flavor.

Both calamansi and dalandan variants have 27-percent alcohol content.

Initially, so-called “mud” composed of rind, pulp and seeds from calamansi and dalandan was discarded until Aw, through Dr. Rainier Villanueva, found a way to use it to create handcrafted face and body soaps under the Si brand.

“What’s good about it is that even slightly overripe fruits could now be used for this purpose,” said Fores.

He and Aw partnered to create the Si line of beauty and whitening soaps. The development has helped Mindoro’s calamansi and dalandan farmers further boost their income.

Distileria Limtuaco supports local farmers by paying them market prices. By cutting out traders, farmers get 100 percent of the profits from their produce.

In a pan over low to medium heat, combine cream, butter and dalandan juice.

Add rind and mix to infuse the flavor. Taste and season with salt and pepper.

Add cooked pasta to the cream sauce, including a little pasta water.

Add ingredients into a shaker with ice. Strain into a martini glass.