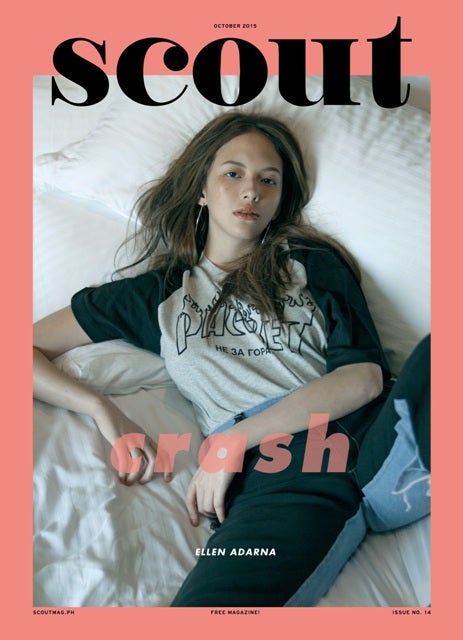 Adarna, in her feature, said she initially hated being called a sex symbol, but she now feels resigned to it. “Feel free to say what you want about me,” she added.

She said her dad had told her “Life is never easy.” “Growing up, I was spoiled,” she said. “I was spoiled by my grandparents. A lot of boys courted me. For a time I guess I believed that just because I had a pretty face, I could get away with anything.

“As this issue went to press, our cover star Ellen Adarna finds herself all over the news,” writes editor in chief Jed Gregorio. “This time, she’s condemned for getting drunk at the Star Magic Ball. One online article says she was ‘wild and uncontrollable.’ That’s precisely the problem. If they were looking for another superstar to control, they obviously picked the wrong one.”

Shot on location at The Bayleaf Intramuros