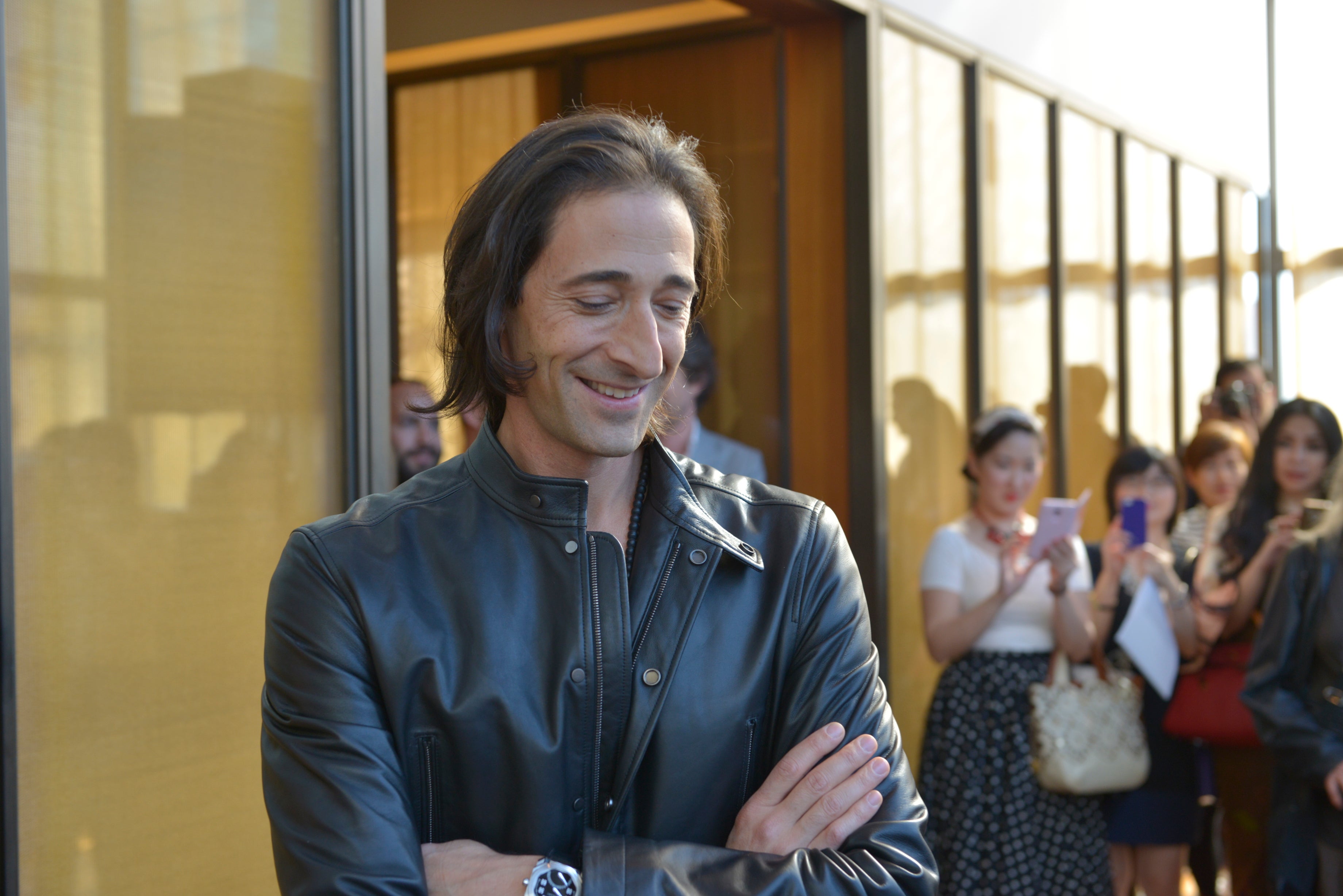 “It carries a degree of masculinity but also has that edge that looks modern,” Brody says of the Bulgari Octo watch.

The actor, who had opted to work largely on less commercial projects following his 2002 Oscar win for his title role in “The Pianist,” said he found it a compliment that the Italian company felt a kinship in his effort to be a unique voice in the glitzy world of Hollywood.

“I come from very humble beginnings and this is part of a very large luxury group,” Brody said. “I’m an actor. I’m conscious of what I do in my work, to be a unique voice in that… to strive to be unique and have a premium luxury brand find that uniqueness valuable and identifiable and something they relate to is a huge compliment.”

Brody was in the Japanese capital for Bulgari’s presentation of its new watch models, as well as the ongoing retrospective exhibition at the Tokyo National Museum (until Nov. 29) of its high jewelry collection marking its 130th year.

The actor had flown in straight from Nepal, where he and his mother, the photographer Sylvia Plachy, had spent a few days with the children affected by the April earthquake, for the charity Save the Children.

His relationship with Bulgari is “symbiotic,” said Brody, which “enhanced my ability to use fame as a tool to be helpful to others, which is a wonderful thing to do… Children are very meaningful to me but it’s hard to partner with so many organizations. Bulgari’s involvement helped me to have an easier conduit with Save The Children.”

On his affinity for the brand he speaks for: “I appreciate their objectives to create something specific and unique to continue to resonate for decades. It’s a very lucrative business, but it comes from an artistic place, to create something memorable and meaningful. That’s what I do as an actor. I have to create an indelible character that’s unique to me and timeless and somewhat commercially viable.”

Brody, who was nominated at the recent Emmys for his role on the TV movie “Houdini,” added: “I’m very conscious as an actor because often what motivates and inspires me isn’t necessarily rewarded by the industry. It is meaningful to people in the audience who love acting or appreciate taking risks, but risks and individuality and all these qualities that should be an integral part of being an actor aren’t necessarily encouraged, let alone embraced.”

On Instagram, Brody shared images taken by his mother from the Nepal trip.

“Both my parents taught me their values, their tremendous humility,” he said. “They’re not concerned with many of the trappings that can easily befall an actor of my stature, and that has protected me. My father was a teacher and has guided me very well… My mother is a real artist, the purest of souls. Her motivation is drawn by her artistic passion and I share that with her. My love of photography and filmmaking, the aesthetics I learned perhaps even from the womb. Her imagery is so visceral and provocative. She taught me to follow my own heart as an artist.”

At the event held at the Bulgari Tower in Ginza, the silver-haired Plachy tailed her son not like a typical celebrity posse, but more like a working photographer, in her rugged getup and backpack, snapping away on her pro camera along with the journalists in the room.

Since Bulgari started collaborating with Save The Children in 2009, it has raised $30 million for the charity, which helps impoverished children and those caught in natural disasters.

The Nepal trip wasn’t the first of Brody’s projects with Save The Children. He had also done work in Queens, New York, where he grew up. The organization provided shelter for the children affected by Hurricane “Sandy.”

In late 2014, Bulgari announced that it had tapped Brody to be the face of its Octo Finissimo timepiece, an ultra-thin sculptural dress watch. His love for watches, as well as muscle cars, was an influence of his father whom he described to have good taste.

Brody loves Art Deco design, and he found the “complexity and masculinity in the Octo’s rugged geometric patterns” appealing. “It carries a degree of masculinity but also has that edge that looks modern.”

Octo, which first launched in 2012, had two new versions unveiled in Tokyo, a Mono-Retrograde and a Bi-Retrograde, which feature jumping hours in a clean display that’s reminiscent of a speedometer.

RELATED STORY: How the Bulgari watch stays both timeless and contemporary

Brody, 42, who is reportedly dating a model named Lara Lieto, said he doesn’t mind a girlfriend borrowing his watch—“as long as she’s just borrowing it,” he added with a laugh. In fact, he likes to see men’s watches on women. “I like the Finissimo on a girl, I think it really looks beautiful.”

His childhood might have been far from idyllic, but the actor said he sees children in his future.

“I’m not opposed to it,” he said. “I have a very busy day job. When the time is right, I have to be there and be a great father.”