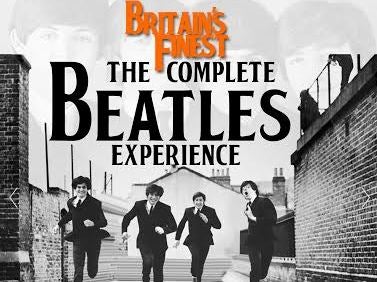 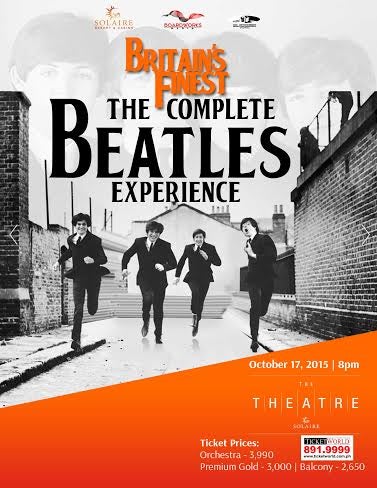 “You were crying,” my parents told me, recalling the time they took me to watch the Beatles film, “A Hard Day’s Night,” in 1964 at a cinema in Malabon where we lived.

I was just a year old then.

Sixteen years later, friends were crying as the world mourned the death of ex-chief Beatle John Lennon in 1980.

There was also deep sadness among fans when the band’s guitarist, George Harrison, died in 2001.

The Beatles had long broken up, but it remains the greatest and most influential act of the rock era—not the Rolling Stones, which is often described as the world’s greatest rock ‘n’ roll band.

In any case, the chance of the Beatles’ remaining former members Paul McCartney and Ringo Starr coming to the Philippines to perform as separate acts or together is remote, if not impossible—given the harrowing experience they went through at the airport after playing in Manila in 1966.

But for diehards and the curious, the closest thing to a Beatles flashback is Britain’s Finest—regarded internationally as one of the best Beatles tribute acts—which is performing tomorrow, Oct. 17, at The Theatre at Solaire Resort and Casino.

Lee DeCarlo, recording engineer for John Lennon’s “Double Fantasy” album, reportedly said after watching a performance of Britain’s Finest at a private event, “ You guys are really great, you remind me so much of the lads.”

We look forward to catching the show; this time there won’t be any crying, but lots of singing along to songs “guaranteed to raise a smile.”