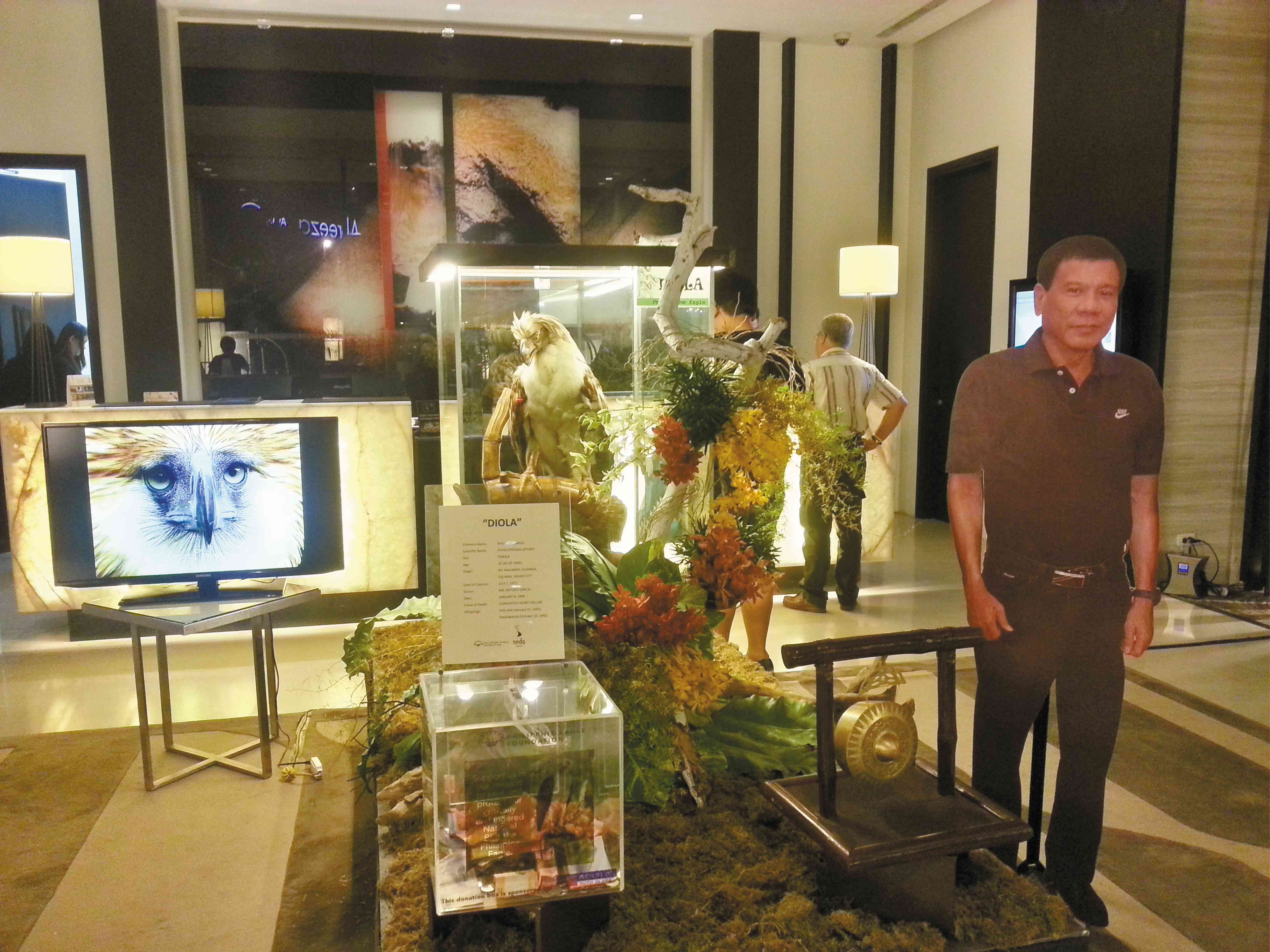 THE NIGHTLIFE: Lifestyle goes to Davao

The first few times we visited Davao City in the early 1990s, there was no window for a night out, although having ice-cold beers with grilled tuna and bihod (fish roe) one afternoon was memorable enough.

A recent trip back to this laid-back metropolis in Mindanao, with the editor and some of the Inquirer Lifestyle staff, gave us a chance to enjoy its nightlife, however brief due to the liquor ban after midnight.

Seda Abreeza hotel, our home for two days, has a piano bar in its lobby, which encourages guests to sing along to pop and jazz standards.

But what caught our attention, also at the hotel’s lobby, was an exhibit of the preserved remains of female Philippine eagle Diola—who, in 1992 gave birth to Pag-asa, the first male of its species to be bred through artificial insemination. The exhibit wanted to create more awareness of Davao’s efforts to care for and propagate the endangered national bird.

Right beside the exhibit was a life-size cutout figure of Davao City Mayor Rodrigo Duterte, who seemed to be saying, “Welcome to my city… behave, or else…”

Not far from Seda is The White House, a restaurant and wine lounge specializing in Asian-European cuisine. Its Uni Shooter (with ponzu sauce, fresh wasabi, chili, ebiko, and quail egg) was an appetizing winner, as well as the red wine that washed down the Duck Leg Confit and other dishes we devoured.

At the back of The White House is a spacious garden where singer Febie Lastimosa, accompanied by Elijah Lafuente on keyboards, performed soul and pop hits including Oleta Adams’ “Get Here,” Sam Smith’s “I’m Not The Only One” and Christina Perri’s “A Thousand Years.”

The gig had to temporarily stop due to rain, but resumed in the dining room upstairs.

Taxi drivers in Davao are some of the most courteous people on earth—this we found out on the way to Matina Town Square (MTS), the gimik place recommended by Jingo Camomot, a grade school and college buddy in Manila who now works as a top executive in a Davao-based publication, the Mindanao Times.

MTS is like Tiendesitas in Ortigas Center—an arcade of restaurants, bars and coffee shops, and rows and rows of food stalls serving beer and pulutan—but with two separate stages for live gigs. The bigger stage featured a rock band, while the other one had an R&B act.

Opting to hang out near the bigger stage, we noticed that the crowd had many women drinking beer—mostly Red Horse and San Mig Light.

Onstage, a band called Euphonic was playing a cover of “Rude” and other reggae stuff, followed by John Legend’s “All of Me” and Bon Jovi’s “Thank You For Me.” It sounded a bit like a college band—young members full of passion for music but who need a few more years to hone their act.

A guy from the audience wanted to jam; the band agreed and played a Parokya ni Edgar tune.

After another number, Bamboo’s “Elesi,” the band was ready to say goodbye. It was almost midnight and, mindful of the liquor ban, we had to guzzle our second San Miguel Pale Pilsen—lest the waiter take it away, finished or unfinished.

With a few more hours to spare before bedtime, we decided to check out the newly opened Olive Leaf Wellness Spa, owned by couple Dylan Durias and Christine Marco. Dylan, also a musician like his elder brother Jay Durias, said he also plays at MTS.

Olive Leaf resembles the high-end spas in Manila, spic and span with a pleasant smell. It turned out that Christine had worked at The Spa Wellness, a classy chain of spas in Metro Manila, and was now applying her knowledge and experience to her own business venture.

The acid test, a full-body massage dubbed Healing From Athena, was so relaxing we heard ourself snoring for a few minutes.