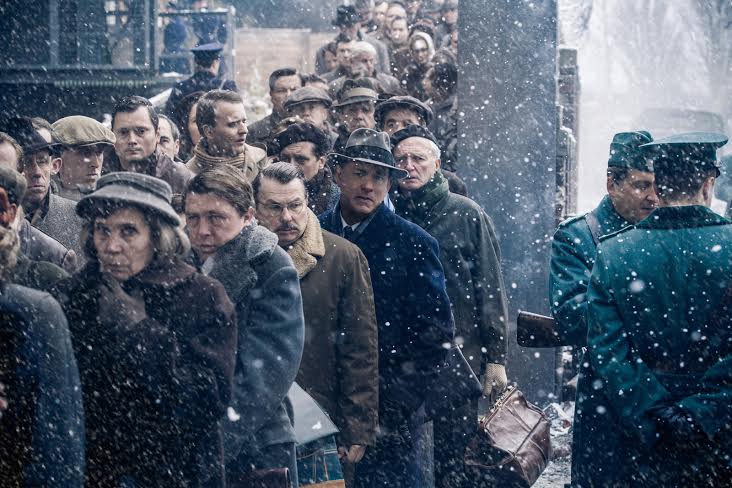 SET during the Cold War, “Bridge of Spies” tells the story of James Donovan (Tom Hanks), an insurance claims lawyer from Brooklyn who is recruited by the CIA during the Cold War to help rescue a pilot detained in the Soviet Union.

Upon arriving at Berlin, Donovan learns that another American, Frederic Pryor (Will Rogers), a student mistaken for a spy was also imprisoned, thus started Donovan’s complicated crusade on not leaving anyone behind enemy lines.

“Bridge of Spies” is directed by three-time Oscar-winner Steven Spielberg, and written by Matt Charman and Ethan Coen and Joel Coen. The film is based on the 1960 U-2 incident, where a United States U-2 spy plane was shot down from Soviet airspace.

A strong sense of history infused the production once filming began in Europe, as the iconic locations helped depict, in stark images, the horrors to which the East Germans were subjected, instilling a sense of respect for what these people had lived through.

Berlin’s historic Glienicke Bridge, where the actual exchange of Abel for Powers took place, was the setting of the story’s historic climax. The Bridge spans the Havel River and is near Wannsee, where the Wannsee Conference with Adolf Eichmann and the other architects of the Holocaust took place. During the war, the Bridge separated East and West Berlin. Today, it connects the Brandenburg section of Berlin to the suburb of Potsdam.

The Berlin Wall was in the midst of construction when Donovan’s story took place, and Spielberg wanted the audience to see it being built on-screen as well. The first version that went up was a makeshift wall made from concrete blocks and barbed wire, which was quickly replaced with the version most recognize today with reinforced cement slabs and an enormous pipe on top, making it much more sturdy and more difficult to scale.

The result onscreen conveys not only the terror of the Berlin Wall, but the confusion as well. Spielberg noted that the Berlin Wall was really symbolic, but he pointed out that it did not look like San Quentin or Alcatraz or some other huge federal penitentiary.

“The [Berlin Wall] was actually fairly easy to scale, but you just didn’t dare do it. When we shot those scenes I looked at the Wall and thought to myself, ‘Did this really happen? Was Berlin really divided like this?’ It brought back a time in my life when walls started to go up all over the world, most of them invisible walls, but walls nonetheless.”