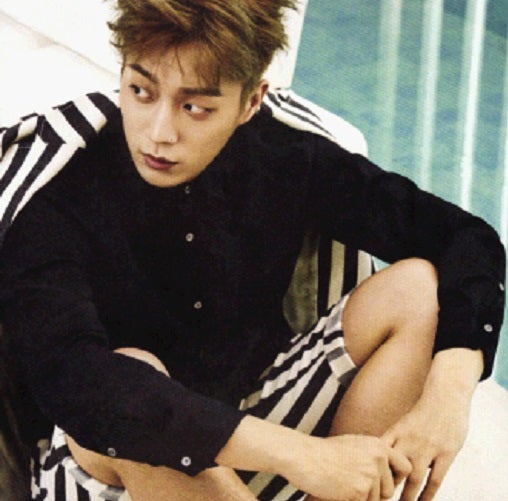 LAST Oct. 16, Beast entered its seventh year as arguably the best Korean-Pop (K-Pop) act and, without a doubt, the most underrated, too.

Although Beast last July released its eighth mini album, “Ordinary,” which continued its winning streak of hit albums and smashing music videos since debuting on Oct. 16, 2009, and despite being named by Billboard as one of the “Top 10 K-Pop Bands You Need To Know” (surprise, surprise, Super Junior, Shinee, 2 P.M. and Exo are not on the list), the sextet has generally been acknowledged by critics, fans and music industry observers as grossly underrated.

The boys behind the anthemic hits “Fiction,” “Breath (Soom),” “Shock,” “Beautiful Night” and last year’s “Good Luck,” Beast has maintained a steady fan base in Korea and abroad, with fans reaching as far as Turkey and Greece and Central Asia and Brazil and Mexico and the Americas.

Often compared with the far senior group Big Bang, Beast is weighed down by the fact that it is managed by a far smaller agency than Big Bang’s YG and Super Junior and Exo’s SM Entertainment.

But despite belonging to the maverick Cube agency, Beast has parlayed its underdog image by building up a solid discography, largely based on the first-rate compositions of Shinsadong Tiger and of the Good Life team of Beast rapper Yong Junhyung and collaborator Kim Taejoo, and Beast’s excellent singing.

Indeed, here is a band in which all the individual voices are beautiful and distinct, but well-harmonized. This is very surprising since the two lead singers—Jang Hyunseung and Yang Yoseob—are powerful vocalists. The others—Yoon Dojoon, Junhyung, Lee Kikwang (particularly mellifluous) and Son Dongwoon (moving baritone)— are no less incredible.

But of course, the unmistakable Beast sound largely owes to the honeysuckle but soaring   vocals of Yoseob, probably the best K-Pop singer today and, to his legions of fans, the cutest guy on earth. The voice—and the looks—have been described as “angelic.” And when one hears or sees him singing the Japanese song “Another Orion,” or any of the group’s vocally demanding songs, the praise is well-earned.

Through its eight mini albums and two full albums (2011’s “Fact and Fiction” and 2012’s “Hard to Love, How to Love”), Beast has become the K-Pop act with the most consistent discography.

That achievement has been carved through both official carrier singles and “prereleases,” which sometimes tended to overwhelm the main releases, as when “On Rainy Days” nearly pulled the rug from under “Fiction” in 2011, “Will You Be All Right” became Beast’s No. 1 Billboard hit ahead of “Shadow” in 2013, and “No More” won first prize in a TV music chart show on the night Beast performed its official 2014 comeback, “Good Luck.”

A cursory glance at Beast’s discography would reveal “non-official” releases often crowding into any K-Pop aficionado’s favorite-Beast-songs list:  “Freeze,” “Lightless,” “Mastermind,” “Lights Go On Again,” “We Up,” “Drive” and “How to Love.”

Even more revealing would be how Beast has practically consolidated its reputation as the K-Pop act with the best ballads: “Clenching My Fist Tight,” “On Rainy Days,” “When I Miss You,” “When the Door Closes,” “Will You Be All Right?” “Easy,” “I’m Sorry,” “Take Care of My Girlfriend,” “Oasis,” “You.”

The record, which scored seven No. 1 trophies in TV music shows, solidified Beast’s reputation as the “King of Ballads.”

Meanwhile, Beast is noted for its well-conceptualized music videos. “Shadow” with its postapocalyptic setting was named Best Music Video in 2013.

Last year, Beast came out with three very striking videos that ended in many a respectable list of the year’s best.

The highly dramatic “Good Luck” made deft references to Wong Kar Wei’s futuristic movie “2046,” Da Vinci’s “Last Supper” and even the 2014 World Cup, with Yoseob dressed in soccer shirt and shorts, which a critic complained made him look like a kid when in fact he already looked like a “12-year-old.”

Critics noted that any video usually emphasizes singing, dancing or styling, but “Good Luck” emphasizes all three in an all-encompassing show of bravura.

But in another instance when a prerelease, often a ballad, would overwhelm the official comeback, “No More,” with its video released ahead of “Good Luck,” swept the lists of top videos, for its clever take on social media. It portrays movingly how former lovers are kept connected through the “Beastagram” and, even if they have to move on, they always long for their old days of love when they cross paths, virtually.

Its eighth mini album, “Ordinary,” is distinguished by propulsive energy as evident in the first track and carrier single, “Yey,” and by its attempt at variety and light-heartedness as shown in the second track and the precomeback release, “Gotta Go to Work.”

Perhaps because “Gotta” was released ahead of “Yey” and its video featured Beast in less-than-serious, less “beastly” mien, it threatened to undercut the official comeback release. Fans have noted that the group’s major releases in the last two years have always been serious and dark, as in the appropriately titled postapocalyptic dance hit “Shadow,” last year’s lover’s parting shot “Good Luck” (proclaimed Best K-Pop Song of 2014 by Billboard), and the dramatic dance ballad “12:30” (whose album, “True,” was named Album of the Year by the Seoul Music Awards).

So “Gotta Go to Work” proved a welcome relief. Written by the Beast rapper Junhyung and his collaborator Kim Taejoo, its lyrics talks about a man resisting his wife’s entreaties for him to stay at home rather than go to the office. In the video, he tries to placate her by sending gifts home, which many Beast fans from the West complain would be a stereotyping of the housewife.

Fortunately, in live performances of “Gotta,” Beast’s backup dancers are women dressed in mannish office clothes that somehow check the video’s cultural stereotyping. It also helps that the light song means Beast performs it in a breezy, charming manner that is a hit with the band’s mostly female fan base.

Bonus tracks in “Ordinary” are the Korean versions of “I Think I Love You,” a dance track, and “One Day,” another moving ballad, written by Junhyung and Taejoo, but first released in Japan and in Nippongo.

Which should remind us that Beast rules not only Korea but Japan as well: Its Japanese songs, often written by Beast members themselves, are excellent. Perhaps the best of these would be “Sad Movie.” Or would it be “Midnight”? Or “Adrenaline”? Or “Hands Up”? “Or “More Than You Think”?

Never mind. The list may be endless. Beast, as its fans would say, is simply the best.