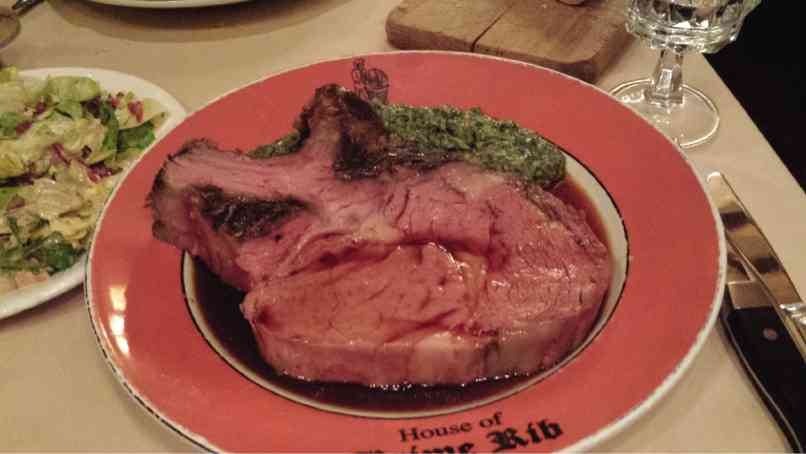 What goes into the making of prime-grade Canadian beef

While studying at a hotel-and-restaurant school in the United States, I had a subject called Meats. It was the most interesting subject to me.

My classmates and I learned about the different cuts of meat—from beef to veal, lamb and chicken.

We would roll out a whole cow carcass and cut it into the different cuts of steak. It was so interesting that even the valedictorian of our batch used to copy from me. This was my one claim to fame in my college days.

In one of our field trips, we went to a slaughterhouse in Philadelphia and saw how a whole live animal ended up in a variety of steaks. It was a Kosher technique that they used at the plant which had a different way of handling the cattle.

Most of the cattle turned up choice grade meat. I never forgot that experience. It felt like I had learned everything I needed to know about beef.

But that was until a recent visit to the farmlands of Canada when I saw the latest and most organized technique of handling cattle.

The United States has a different grading system than that of Canada. In Canada, prime is the highest grade; then come triple A, double A and, finally, single A.

To produce good beef, there are three requirements that you must have: a huge cut of land, clean air and high-quality feed.

Canada has all those. They use only five breeds or any combination of these five.

The ones I saw were of the Angus variety. There were black or red Angus.

Farmers from around the province of Alberta raise these cattle, which are sold to feedlots where they are fattened before they are brought to processing.

Sizes that are brought in are around 800 pounds and are fattened up to almost double that weight.

The grades I saw they produced were mostly triple A and double A. Occasionally, prime grade would show up; it was this grade that I was really interested in.

Each cattle had an ear tag so the cowboys would know from which lot and farmland it came from.

I saw the most sanitary and professional handling of beef, from the laying out of the humongous carcass to the skinning, from the removal of insides to the slow cutting of the various cuts and then the packing.

It was a place of hundreds of expert butchers. These were the ones you shouldn’t argue with. Many of them came from our country.

I saw how a tenderloin was meticulously removed from the strip steak, or how the seven ribs of the prime rib were separated from the New York cut steaks and the sirloin, etc.

To determine the grade, a slit was made between the 12th and 13th rib, and a computerized camera would take a picture, analyze and grade it.

Then an inspector would manually look at the meat and the grading to verify. After this, a stamp would be punched on the skin to be divided into smaller pics. Then the meat would finally be packed for shipping.

The entire plant was temperature-controlled to prevent the growth of bacteria. All sanitary practices were in place and all workers wore the proper attire.

I enjoy a good steak but never really realize the work done to come up with such a great product.

Everything is taken into consideration, from the breed and adaptability to the climate, the size of the land, the type of feed, at what age to fatten it, etc. Very interesting.

I guess in the end it’s about how good the product really is. For that, Deanna our head took us to one of the best steakhouses in Calgary.

Chops is a chain of steak restaurants that serves only prime-grade Canadian beef.

My daughter Ali scolded me when she found out we ate there. She apparently works at the Kelowna branch of Chops and wanted to surprise and treat me to a great steak.

The meat just melted in the mouth!

Canada beef has just jumped to the top of my favorite meats. I have a philosophy. I try not to eat meat unless it is the best. Now on that list are Japanese superior meat, USDA prime and Canadian prime-grade meats.

If not these, diet! Check this out. Rustan’s has triple grade A Canadian beef.