‘Calamansi’ as the clincher for winning dishes | Lifestyle.INQ ❮ ❯ 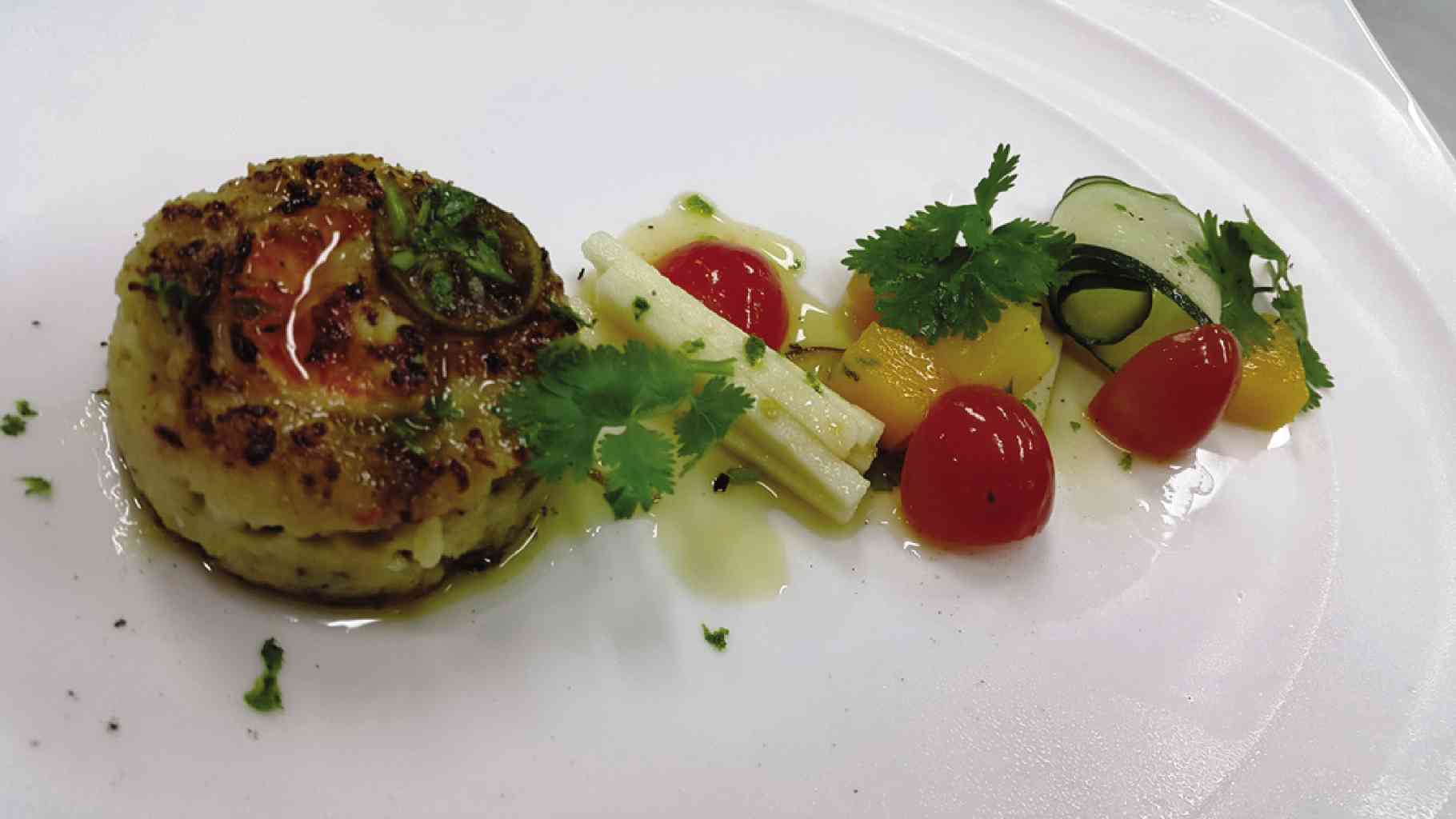 ‘Calamansi’ as the clincher for winning dishes

WE CAME down just in time from Baguio before the storm hit the city. We judged the annual Hotel, Restaurant and Tourism Weekend culinary competitions from Oct. 15-18, where culinary students and professionals apply what they have learned in many categories—cooking, service, bartending, coffee concoctions.

We judges were asked to debrief contestants by not only pointing out why their entries passed or failed, but how we would have done the entries ourselves. Those of us who judged the Klasika Kulinarya Filipino cooking contest were impressed by a menudo that remade the dish of cubed ingredients of pork, liver and potatoes into a roll of pork with some slices of liver and potatoes, but had the menudo taste in its tomato sauce.

Competition cooking is different from home or restaurant cooking. This was emphasized by Myrna Segismundo, founder of Food Showdown and chair of Chef Wars, a contest among the best of Luzon, Visayas, Mindanao and the National Capital Region.

It is a time to be creative, to think beyond the box yet stay within the parameters of what you are asked to do. And what this year’s Chef Wars finalists were tasked last Oct. 3 was to create dishes that had calamansi as the major ingredient.

The judges were Enderun Colleges’ culinary director chef See Cheong Yan; Ernie Fajardo of Liberty Commodities and Maya Culinary Kitchen, where the contest was held; Claude Tayag, writer and Bale Dutung proprietor; and myself, food writer for this paper and regional cuisine researcher.

It was emphasized, however, that the cooking need not be Filipino food, but the ingredients used had to be Filipino produce. The contestants had to make three dishes, be they appetizers, main course or dessert, or a combination.

When the finished entries were brought in, a majority of the presentations were impressive. But the majority points always come from the “taste.” This is what competitors are always told—taste your food. And we can usually tell if they did by looking for the tasting teaspoons that are supposed to be part of their tools.

Most of the dishes didn’t go beyond using calamansi as flavoring. Despite being told that the entries need not be Filipino cooking, a majority still stuck to local fare. There were sinigang, bistek, kinilaw, even an embutido nicely done as a rectangular meat loaf rather than as a tube.

A seasoned educator, chef See said that by just looking at the recipes, he already knew that the amount of calamansi used couldn’t have made the 70-percent requirement for each dish.

True to the debriefing thrust set by Segismundo, the judges gave suggestions on how the participants could have used calamansi. These included using the zest, mixing the juice with stuffing, or having sugared calamansi slices. Pastry chef Jill Sandique, who took charge of the competition, asked the participants why they forgot to use curd or marmalade, which would have allowed them to use calamansi in a major way.

We awarded Crowne Plaza Manila Galleria of the NCR Calabarzon region, the only professional competitor, as overall winner. The dessert with the most promise was from northern Luzon contingent—University of Baguio’s sugar creation that mimicked the calamansi, with calamansi yema inside and a sugared twisted calamansi rind as garnish.

For the competitors, chef See offered a three-day immersion seminar at Enderun Colleges to show how calamansi could make its 70-percent presence felt. He taught them how to make a calamansi confit for a more intense flavor, but the sourness tempered with a bit of sweet. The confit was used in the majority of the main courses.

Chef Jill Sandique also taught them how to make a calamansi curd and mousse. Both chefs stressed how a competitive dish starts with the main ingredient and how to use it, rather than starting with a dish concept like a sinigang. An ingredient’s majority presence means that each component would have the calamansi, including the garnish. Chef See also showed how color could improve the dish, like putting together different vegetables and treating this as a salad rather than just a garnish.

There were two teaching days, with the participants doing hands-on activities to apply what they learned. But on the last day, they were asked to redo their competition dishes—challenging them to rethink and create again.

In mixer bowl, put together egg yolks, calamansi zest, calamansi juice and granulated sugar. Place bowl over a pan of simmering water and whisk until warm. Transfer to a mixer and beat until light.

Pour liqueur or water into a heatproof container. Sprinkle gelatin over liquid and set aside for at least 5 minutes. Put the container into a pan of simmering water and allow the gelatin to melt. Keep warm.

Pour into prepared molds then chill.

E-mail the author at pinoyfood04