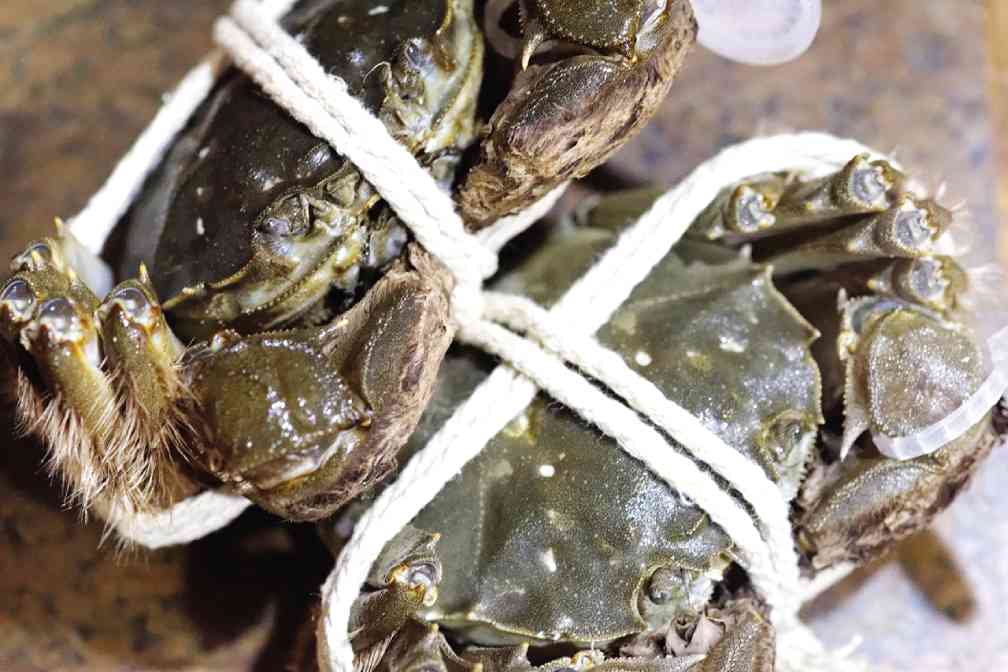 While living in Shanghai in 1985, it was one of my duties to go to the market. Shanghai was a much smaller city then, and almost everyone rode bicycles.

There was a little wet market a few streets away from the building in the French concession where we were living. Vendors weighed vegetables using balance scales made from bamboo rods. You could buy dumplings for a few “fen” in the RMB that we obtained on the black market (foreigners weren’t allowed to use the local currency then, and had to use a separate currency, known as wai huei jian).

A little went a lot in those days, and I usually bought vegetable and meat dumplings, vegetables and seafood, and a bit of pork for stir-frying.

At the very end of the market they sold snapping turtles, which they would poke with a stick. The turtle would then put out its head indignantly, whereupon a sharp cleaver would cleanly decapitate it.

I never got to eat snapping turtles, but eventually, as the air turned sharper and autumn came, tiny furry crabs began to appear as well. It wasn’t the world-renowned delicacy that it is now, so it was relatively cheap then. And we simply steamed and ate them with the juices that seeped out onto the plate.

These days the whole of China goes mad for hairy crab, and some visitors deliberately choose the months of October and November to visit Shanghai, where, believe it or not, there is such a thing as too much hairy crab.

The roe finds its way into everything, even the xiao long bao. You can book a degustation dinner of 12 courses, all of them featuring hairy crab in some form or another: mixed into shark’s fin soup; in dumplings; in noodles; mixed with strong, vodka-like liquor.

But the best place to eat hairy crab, really, is at home. No matter how many surgical instruments and dental implements they give you to pry the meat out of the shell, the most efficient way is to dip the whole thing in black vinegar mixed with a bit of sugar and then slowly pull the bits of shell out of your mouth, making a pile in front of you. This way you’ll get every single last drop of the bright-red, creamy, obscenely rich roe, which is the reason for eating hairy crab in the first place.

It’s like the suave cousin of taba ng talangka—it makes the latter taste like margarine compared to the finest grass-fed butter.

But we valiantly managed to have our fix of Peking duck, roast goose, xiao long bao from Crystal Jade and Din Tai Fung (Din Tai Fung’s, at least in Hong Kong, are smaller but soupier and tastier), and even discovered a hole-in-the-wall restaurant behind the warren of old camera shops in Kowloon that served spicy noodles in a long-simmered broth.

Which is fake and real

I found the crabs I was looking for in a state of hibernation at the back of the supermarket, where they were sorted by price category. The most expensive, apparently, were not from the waters around Shanghai but from Holland (about HK$500 each), where it has been suggested that the crabs were originally from before they were propagated in Chinese waters.

Like much that comes out of China, many hairy crabs are fake, some say about one in every hundred sold. There is a plastic band around the claw that indicates the authenticity of origin (Yangcheng or Tai lakes), but these are easily reproduced.

Unfortunately you won’t know until you open it up that this is a hairy crab from another lake that lacks the unctuous, luminous roe of the real thing. It will be a perfectly edible, but ordinary crab, but definitely not worth the inflated prices. As with everything that can be faked, a high price tag does not guarantee that it is genuine, but a low price definitely means that it is fake—unless you are lakeside at Suzhou and buying direct.

The crabs will keep for weeks in cold storage, going into stasis and living off their own body fat and losing muscle mass. So, another reason that the crab might come up empty of roe is that it has been sitting in the cold too long.

The best crabs are fresh off the boat, and are always alive. I bought mine from a supermarket, packed them in ice for the plane ride over, and steamed them immediately with the perilla leaf that was packed with it.

It also came with black vinegar and brown sugar, but it didn’t need the dipping sauce. I’d take a gulp of the liquid roe over a fine champagne any day.

After we finished, there was nothing left but a pile of shells and the heart of the crab, said to be the coldest thing known to man.