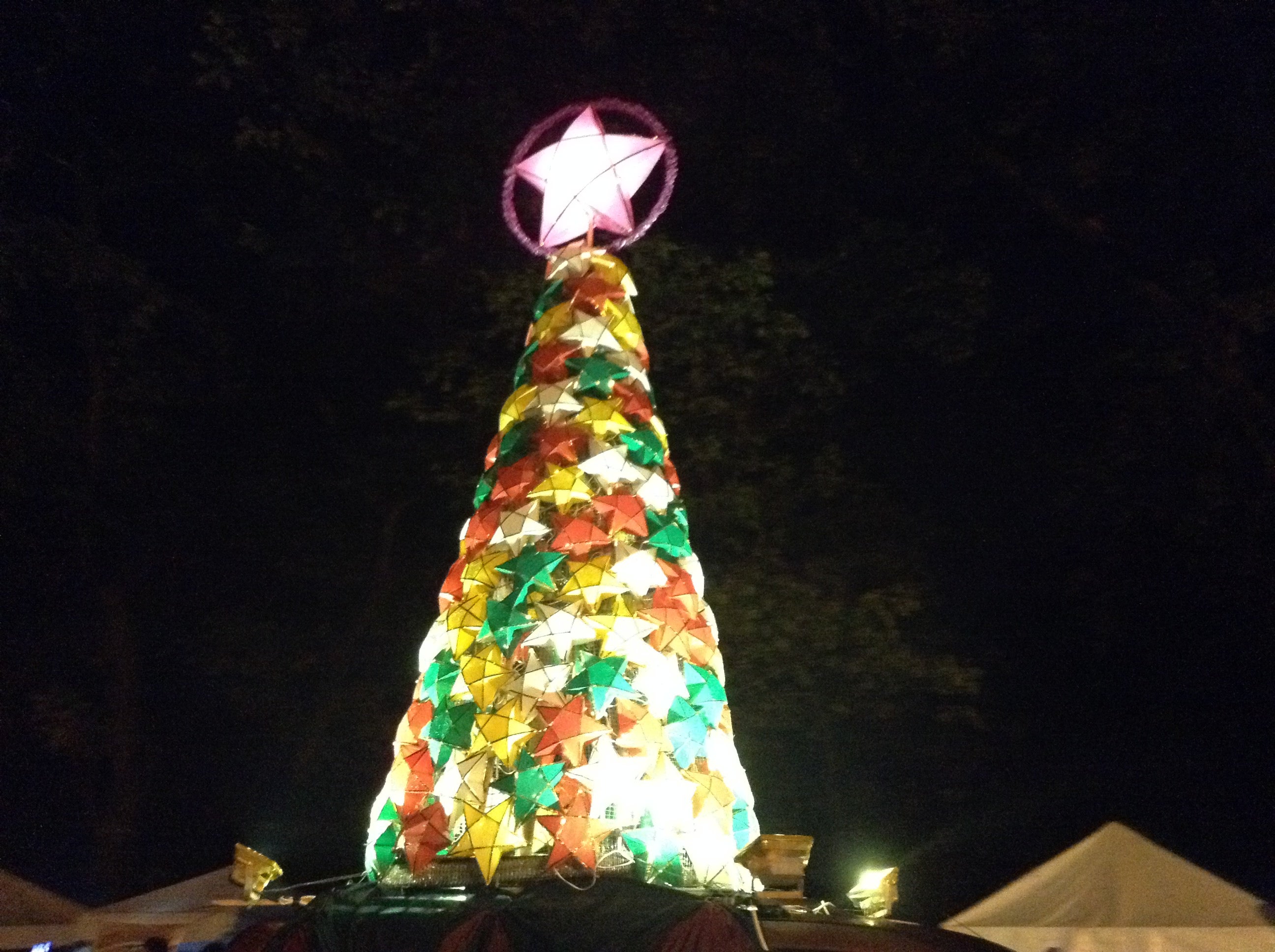 Christmas tree made from parol by the UP College of Law. Photo by Kristine Angeli Sabillo/INQUIRER.net

Christmas air will be drier, warmer

Christmas won’t exactly be in the air this year.

The northeasterly winds (amihan) have set in, according to the weather bureau, but instead of bringing the chilly weather associated with Christmas, the season will be “drier and warmer” than usual because of El Niño.

The Philippine Atmospheric, Geophysical and Astronomical Services Administration (Pagasa) has officially declared a change in the season with the onset of the northeast monsoon, terminating the southwest monsoon (habagat) three weeks ago.

In a statement, Pagasa said it had observed the shifting of the winds over northern Luzon over the past several days.

“The northeast wind flow is expected to further intensify and become dominant over the rest of the country, bringing cold and dry air. These meteorological conditions indicate that the northeast monsoon season has started,” Pagasa said.

The northeast monsoon brings cold but dry winds, in contrast to the southwest monsoon’s warm and moist winds associated with the rainy season.

However, Pagasa warned, “due to the current strong El Niño in the central and eastern equatorial Pacific, seasonal rainfall and temperature in the country may be significantly affected, becoming drier and warmer.”

Pagasa has said these “ber months” up to early next year will have “slightly warmer than average” temperatures, attributing this to the prevailing El Niño episode which threatens to become the strongest on record.

International weather agencies have reported this year is the hottest on record, with temperatures climbing to record high.

The current strong El Niño is expected to worsen in the last quarter of the year up to early next year, which happen to be the country’s cold months.

The northeast monsoon peaks in January to February, which are the coolest months of the year.

The weather bureau has warned that the country faces severe dry conditions from October this year to early next year due to El Niño.

El Niño is an abnormal warming of sea surface temperature across the equatorial Pacific Ocean that results in extreme weather around the world.

By the end of December, 69 of the country’s 81 provinces will experience reduced rainfall, weather forecasters predict. Of these, 46 provinces will be suffering from drought or at least three consecutive months of way-below-normal rainfall.

The dry conditions will continue until early next year.

Pagasa warned that by end of February, 65 provinces will be suffering from moderate to severe drought.