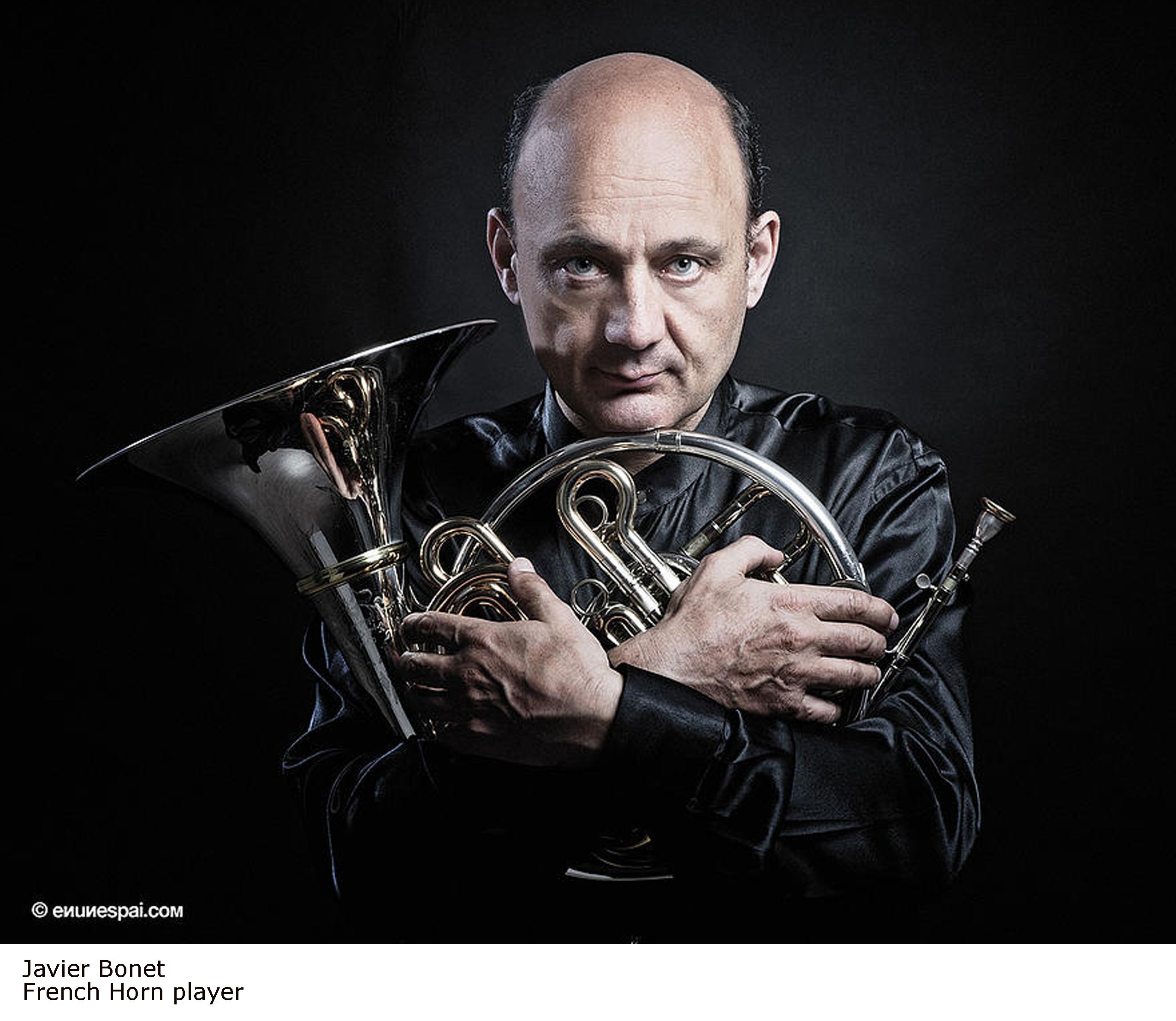 The program includes the suite from Poulenc’s ballet “Les Biches,” Mendelssohn’s “Symphony No. 3 ‘Scottish’” and Reinhold Glière’s “Concerto for French Horn and Orchestra.” Also special on the program is a world première performance of a newly completed concerto by W.A. Mozart—“the Concerto in E Major, KV 494a”—finished by Anders Muskens and based on sketches by the composer.

Bonet will also conduct a masterclass at the CCP on Wednesday, November 4 at the Cultural Center of the Philippines.

Javier Bonet began his studies in Spain under the tutelage of his father and Miguel Rodrigo in Valencia, continuing in Germany (Folkwang Musikhochschule) under Hermann Baumann.

A tireless researcher and international concert artist, his great versatility enables him to pursue an internationally recognized career as a natural horn player, receiving international acclaim as a performer on historical instruments, creating the natural horns group “Corniloquio”.

He has appeared as soloist with the majority of Spanish orchestras, in many other European countries, and in Taiwan, China, Venezuela, México, Argentina, Japan, and the United States.

Among his various world premieres of concertos with orchestra, the first performance in 2009 of the concerto “Ab Origine” by Salvador Brotons is of particular significance.

In the field of education, he regularly presents courses in Spain as well as abroad: Lisbon, Oporto, Paris, Budapest, Berlin, Bloomington, Mexico, Caracas, Beijing, and Tokyo.

He was professor at the Conservatorio Superior de Salamanca and is presently professor of natural and modern horn at ESMUC in Barcelona.

A prize-winner in various international competitions, Javier Bonet now serves on the jury for the most prestigious competitions: Porcia, Geneva and ARD in Munich. He is a member of the National Orchestra of Spain since 1987.