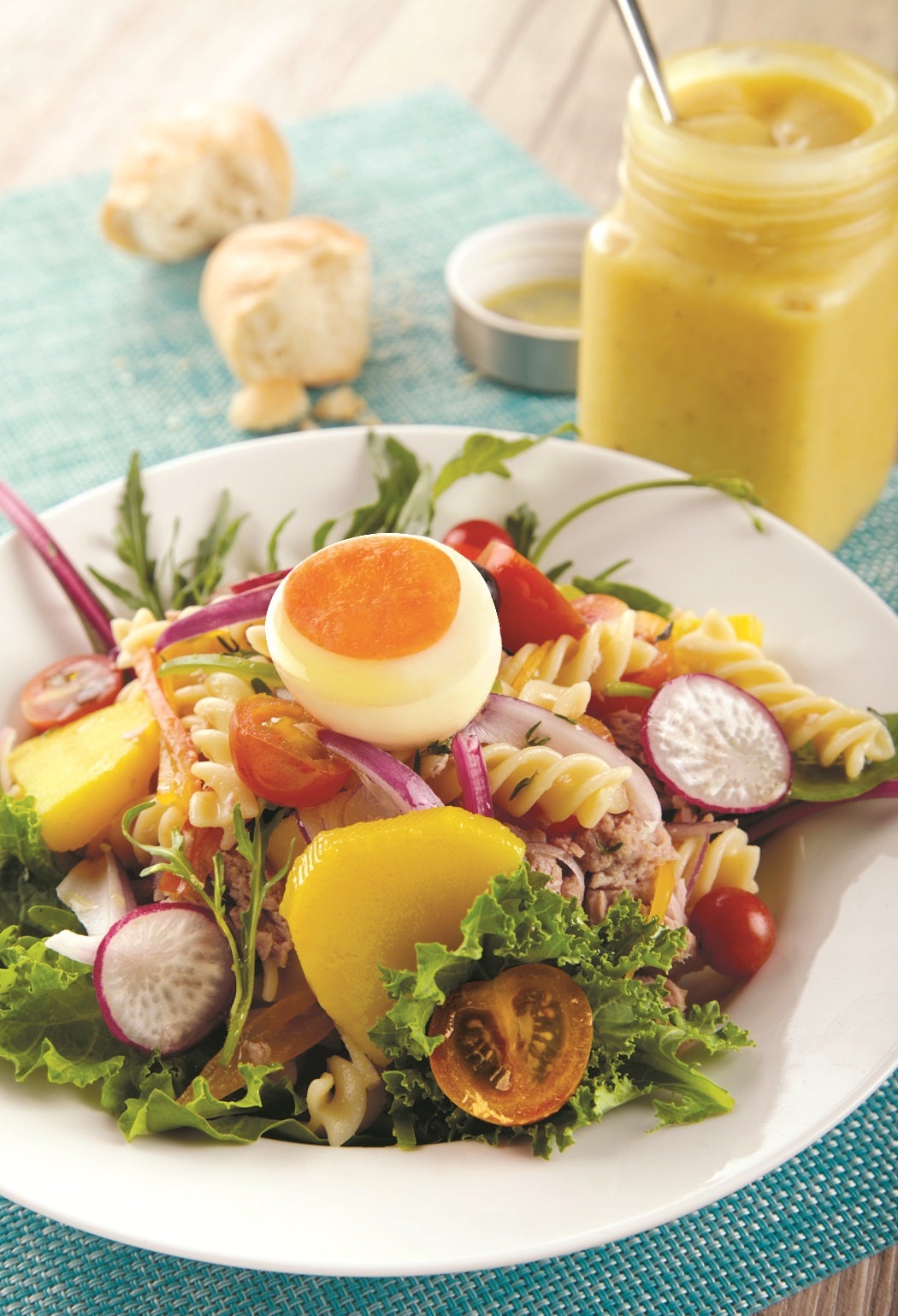 Diabetic and sick of bland food? Chef Sau has yummy cookbook for you

Every 10 seconds two people are diagnosed with diabetes; every seven seconds, one person succumbs to diabetes-related causes.

According to the International Diabetes Federation, it is estimated that the number of people with diabetes worldwide will increase from 387 million in 2014 to 592 million in 2035.

In the Philippines, diabetes is the No. 1 cause of blindness, end-stage kidney diseases, and nontraumatic amputations. The Western Pacific, including the Philippines, has the largest number of adults with diabetes.

The biggest misfortune, however, is while diabetes and its complications can be prevented, only 15 percent are in control of their condition.

The president of the Philippine Association for the Study of Overweight and Obesity (Pasoo), Dr. Roberto Mirasol, said that’s because Filipinos do not understand the importance of their diet to their metabolic control. Patients have a difficulty translating diet lingo to everyday jargon, and many do not know what to eat and what to avoid.

Diabetic patients often feel the dietary restrictions of the disease are too rigid—and the options too bland—to become a realistic, lifelong commitment. But diabetes or prediabetes diagnosis doesn’t mean depriving the senses of delectable flavors.

To prove this point, Pasoo, with nutritionists Dr. Sanirose Orbeta and Dr. Celeste Tanchoco, teamed up with one of the Philippines’ most celebrated chefs, Sau del Rosario, to throw together a flavorful, two-week menu cookbook tailored for diabetes.

The book, “Delicious, Delightful Dishes for People with Diabetes,” is now available for free at the doctor’s clinic. A downloadable PDF version will soon be available, for free, at the Pasoo website.

“The inspiration behind the book comes from our patients and their families who think that healthy foods lack taste and texture, and really unappetizing and unappealing to the palate,” said Mirasol. “We want patients to feel that they are not being deprived of good food.”

The cookbook took several months of experimenting with ingredients, tasting and research to finish. Del Rosario, whose training and experience include working in Michelin-star restaurants in France, said he had no intention of compromising his integrity—in this case, flavors and textures—in exchange for a plate’s nutritional values.

“It was like playing basketball,” he said, laughing. “I had two

nutritionists playing referees, blowing the whistle to say, ‘Foul!’ or Traveling!’ each time I added an ingredient. I had to stay on the court and shoot the ball. As it turned out, I’m very obedient.”

By being obedient, Del Rosario meant replacing certain ingredients, like kaffir leaves, with similar, more accessible and cheaper alternatives, such as coriander or wansoy, or ditching the regular sugar for the healthier coco sugar, or using olive oil or virgin coconut oil.

There are no fried foods in the cookbook. Instead, readers will learn that poached, steamed, or grilled food can be just as good and tasty.

Monday Meal Plan for Week 1, for example, will have a mushroom omelette, boiled rice and coffee with or without milk for breakfast. Lunch will be pork pochero (lean, said Del Rosario) with veggies, steamed rice and ripe papaya. Roasted pumpkin coconut soup and red curry, beef steak, baked potato and an apple will be for dinner. Midmorning snack would be green peas; afternoon snack would be baked macaroni.

These are filling, and very tasty, foods. Del Roario said he has no intention of starving patients. Every recipe has been carefully analyzed and approved by Orbeta and Tanchoco.

“That’s my name out there,” Del Rosario pointed out. “When people see it, they expect good food. This cookbook is not different from any cookbook in terms of taste, flavors and textures. I would eat, and serve, these recipes myself. The essence of this book is for people to become aware of what they eat.”

Del Rosario, himself a borderline diabetic—his mom died at 66 from diabetes complications—said what he loved most about spending many hours and months with the two nutritionists is the knowledge he gained about the disease.

“I learned that the biggest culprit is not really the sugar, but the fat in the food we eat,” he said.

Studies have shown that consuming food high in saturated fats can cause the blood glucose to rise dramatically. The more saturated fat a person consumes, the more insulin-resistant the liver becomes.

For years, scientists thought body fat was mere dead weight people carted around. With the invention of the magnetic resonance imaging , it showed the devastating effects fat has on diabetes.

Ever wonder about the science behind an athlete’s carbo-loading before a big race? It is perfectly timed so that when the digestive tract breaks down the starch (carbs) into glucose (sugar), the blood glucose circulates to be used by the muscles as fuel.

High fat intake increases the amount of free fatty acids in the blood, and is linked to insulin-resistance. This means the body will need more insulin to transport glucose in the blood stream into the cells.

Fat also disrupts the time cycle of the rise in blood glucose after a meal.

With insulin resistance, blood sugar has nowhere to go, and will keep on rising and rising until it builds up in the blood stream.

Insulin resistance precedes the development of Type 2 diabetes. By dropping the intake of saturated fat, insulin function is also improved.

Mirasol believes that if only people actually took the time to understand how the body uses and stores glucose, they would develop better metabolic control.

“We see a lot of our patients undergoing dialysis or requiring kidney transplantation because of diabetes,” he said. “It is alarming because the trend is increasing. We see them earlier and younger. We need to address these to give patients good metabolic control.”

The recipes are easy to follow, Chef Sau said, such that even a kitchen newbie can whip them up without supervision.

He advises people to use fresh ingredients when possible to minimize the preservatives added to the food.

Simmer two halves of the clams with onions, white wine and parsley for four minutes. Strain. Save the stock. Meanwhile, sauté garlic and onions in olive oil on a hot flat pan over medium fire until soft and translucent. Add saffron, bell peppers, cayenne and paprika, and continue cooking/stirring for another two to three minutes. Add black rice to the mixture and stir well.

Pour clam stock into the rice, season with salt and pepper and distribute well, then cover with aluminum foil. Continue cooking for 45 minutes over low fire. Top the rice with the squid, mussels, clams, prawns and peas. Cook rice for another 15 minutes and top with boiled egg.