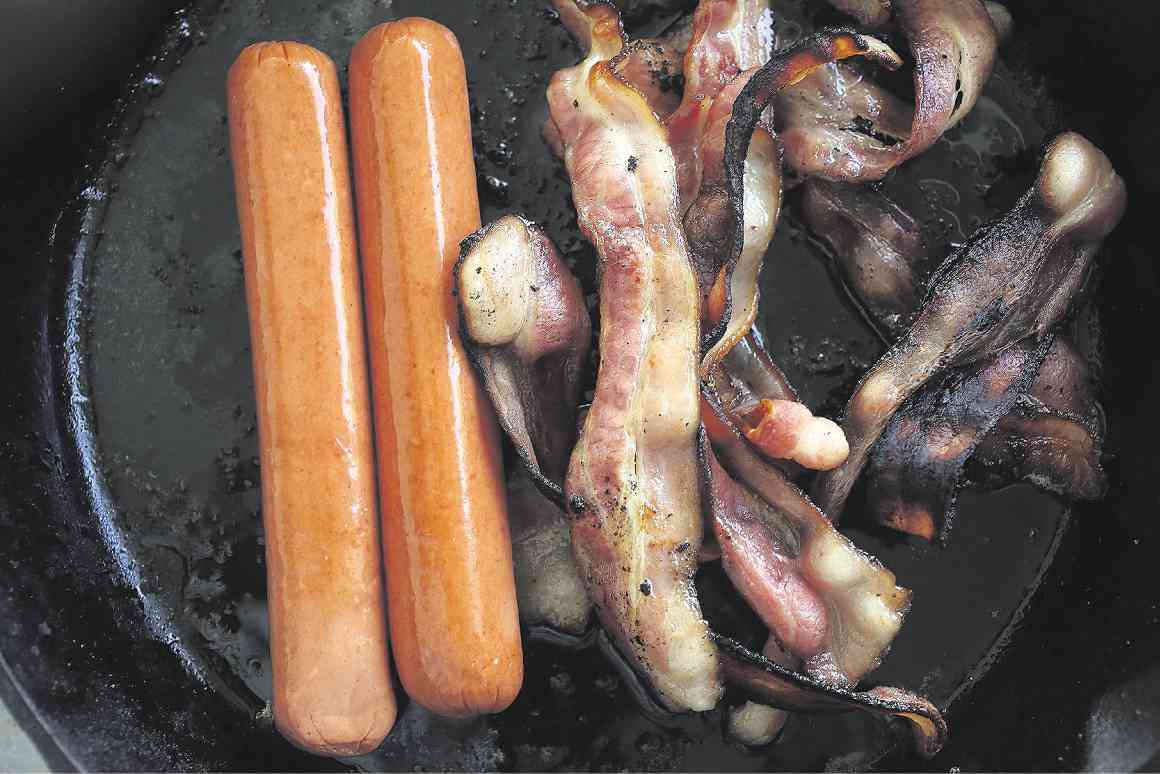 PARIS—Brace yourself for a leaner Christmas table ahead, as the World Health Organization (WHO) on Monday linked bacon, ham, cold cuts and other processed meat like corned beef, luncheon meat, beef jerky and sausages (longganisa) to colon and stomach cancers.

The WHO researchers defined processed meat as those that have undergone smoking, curing with chemicals like nitrates and nitrites, or fermentation to improve their flavor or preserve it.

The WHO’s International Agency for Research on Cancer (IARC) in Lyon, France, analyzed decades of research and for the first time put processed meat in the same danger category as smoking or asbestos, with a confirmed link to cancer although the risk is considered small.

While the rates of colon cancer in the United States have been declining, it is the No. 2 cancer for women worldwide and No. 3 for men, according to the WHO.

The pronouncement left meat producers angry, vegetarians feeling vindicated, and cancer experts elated as they welcome the most comprehensive pronouncement yet on the relation between modern meat-eating lifestyles and the dread disease.

The UN agency’s findings could shake up public health attitudes, especially in many European countries where sausages are savored and smoked ham is a national delicacy. It could also hurt the American meat industry which has been arguing that cancer involves a number of lifestyle and environmental factors and not just diet.

A group of 22 scientists from the IARC evaluated more than 800 studies from several continents about meat and cancer. The studies looked at more than a dozen types of cancer in populations with diverse diets over the past 20 years.

Based on that analysis, the IARC classified processed meat as “carcinogenic to humans,” noting links in particular to colon cancer. It added that red meat contained some important nutrients, but still labeled it “probably carcinogenic,” with links to colon, prostate and pancreatic cancers.

Since 1971, the group has evaluated more than 900 factors—including coffee, sunlight and night-shift work—based on their likelihood to play a role in cancer.

The agency made no specific dietary recommendations and said it did not have enough data to define how much processed meat is too dangerous. But it said the risk rose with the amount consumed and the method of cooking used.

Cooking at high temperatures or with the meat in direct contact with a flame can produce certain types of carcinogens, but the report said there was not enough data to support conclusions about whether the way meat was cooked affected cancer risks or whether it was better to eat meat raw, which carried its own risks.

An analysis of 10 of the studies suggested that a 50-gram portion of processed meat daily—about 1.75 ounces—increases the risk of colorectal cancer over a lifetime by about 18 percent. That portion is roughly equivalent to a hot dog or a few slices of bologna, though it depends on how thinly it is sliced.

“For an individual, the risk of developing colorectal cancer because of their consumption of processed meat remains small, but this risk increases with the amount of meat consumed,” Dr. Kurt Straif of the IARC said in a statement.

“In view of the large number of people who consume processed meat, the global impact on cancer incidence is of public health importance,” he said.

The cancer agency noted research by the Global Burden of Disease Project suggesting that 34,000 cancer deaths per year worldwide are linked to diets heavy in processed meat, compared with 1 million deaths a year linked to smoking, 600,000 a year to alcohol consumption and 200,000 a year to air pollution.

Doctors in rich countries have long counseled against eating lots of red or processed meat—and not just because of its link to cancer but because of increased heart risks from the saturated fat and sodium.

“(The WHO pronouncement) is an important step in helping individuals make healthier dietary choices to reduce their risk of colorectal cancer in particular,” said Susan Gapstur of the American Cancer Society, which suggests choosing fish or poultry or cooking red meat at low temperatures.

But the North American Meat Institute argued in a statement that “cancer is a complex disease not caused by single foods,” while independent experts stressed that the WHO findings should be kept in perspective.

“Three cigarettes per day increases the risk of lung cancer sixfold,” or 500 percent, compared with the 18 percent from eating a couple of slices of bologna a day, said Gunter Kuhnle, a food nutrition scientist at the University of Reading.

“I think it’s very important that we don’t terrorize people into thinking that they should not eat any red meat at all,” said Dr. John Ioannidis, the chair of disease prevention at Stanford University who was not involved in the new report. “There’s some risk involved, but it’s much less than smoking or alcohol. I think it would be an exaggeration to say, based on this, that no one should be eating red or processed meat.” Associated Press

Sugar is the main fuel source of cancer

Beware of these 3 CVD cancer magnets