Thrills and chills: Fun and scary things to do with your friends this Halloween weekend | Lifestyle.INQ ❮ ❯ 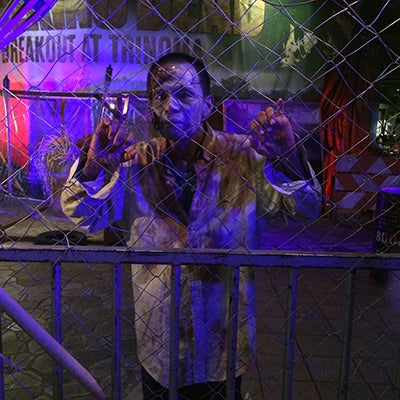 Thrills and chills: Fun and scary things to do with your friends this Halloween weekend 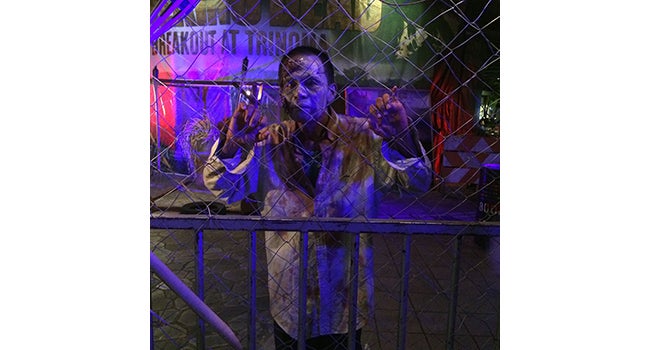 THE WALKING DEAD BREAKOUT AT TRINOMA

Breakout Philippines has partnered with Fox and Trinoma to give you a zombierrific experience this Halloween.

If you’ve ever tried any of the Breakout rooms in Katipunan or Paragon Plaza, then you know how it goes. If you haven’t, the Trinoma experience is the perfect first step into the mad world of Breakout.

You will be trapped in a room with a walker (or is there more than one?) and you will be given 20 minutes to use clues and solve puzzles to escape.

Breakout at Trinoma will run at the fourth level of Trinoma (Garden Restaurants) until Nov.7. There’s a fee of P200 per person.

And if you want a more intense experience, check out Breakout’s #VPartySeries at Victoria Court Malate on Nov. 7 starting at 9 a.m. This immersive horror experience will trap you in one of five different themed rooms for 45 minutes (The Asgard Room, The Casino Royale Room, The Bat Cave Room, The Candy Land Room and The Marrakesh Room). You will face scary characters as you try to survive and escape. There’s a fee of P700 per head for one to two people. If there are three to six people in your group, you will just pay P500. 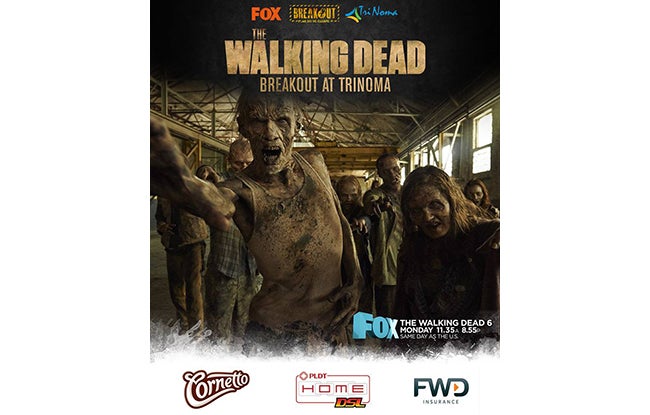 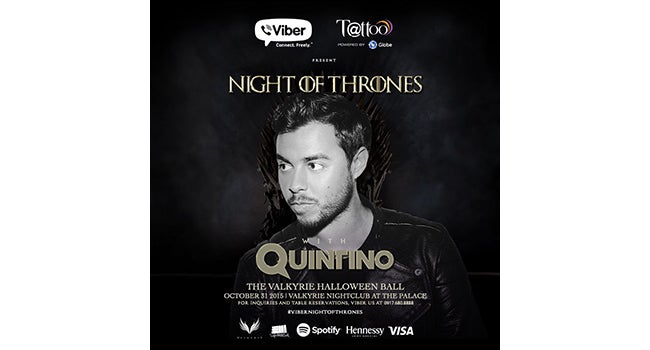 Unleash your inner Daenerys or Tyrion Lannister at this Halloween party at The Palace Manila on Oct. 31, starting at 10 p.m.

Viber will make you feel like you’re in an episode of HBO’s “Game of Thrones” (minus the violence and nudity) as they transform Valkyrie into King’s Landing, Café Naya into Highgarden and The Palace Pool Club into The Wall and allow you to attend the Purple Wedding at Revel.

Get surprises from White Walkers and Viber’s Violet Girls and dance to DJ Quintino’s beats.

Viber also has a buy 1 take 1 ticket promo for users. You may also win tickets by creating a group chat (five people max), chatting about the party and tweeting a screenshot of your Viber group chat. Don’t forget to use #ViberNightOfThrones.

Tickets are available through Ticketworld.com.ph. 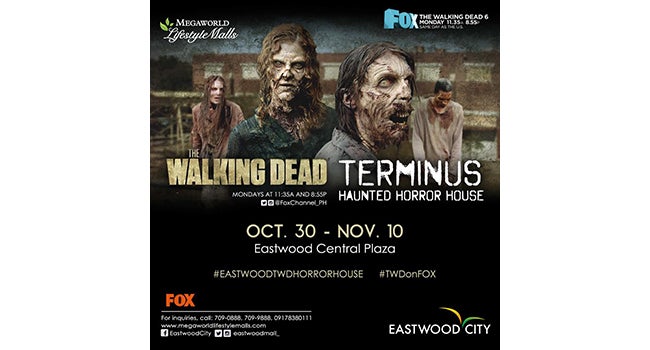 Can you survive a maze with zombies?

Megaworld Lifestyle Malls and Eastwood City have prepared a lot of thrills for horror house fans. Inspired by the hit show “The Walking Dead,” this zombie-infested trail will challenge your courage and speed.

Dodge walkers and cannibals as you try to make your way out.

For tickets (P150 per person), drop by the Eastwood Central Plaza. The Terminus Haunted Horror House is open from 6 p.m. onwards and will run until Nov. 10.

Let George Ordona, a licensed Department of Tourism tour guide and veteran tour organizer, take you on a night tour of Malate and Ermita on Oct. 31.

He said, “The tales of the two cities will be infused with chilling facts about the tragic and horrid events of World War II which have become the basis of many urban legends and haunting stories.”

Channel your inner K-Pop star and come in your best Korean costume to win prizes.

KPub BBQ The Fort and Trinoma also have a special Halloween offer on Oct. 31: Pork All You Can for P399 and get a Melona Ice Cream for dessert (minimum of four people to one table).

Cubao Expo is hosting a big Halloween party. Come in costume and you can go trick or treating from 7 to 8 p.m. Winners for best in costume will be given prizes from from participating Cubao X shops!

There will be performances by Shadow Moses, Nanaymo, A Problem like Maria, Glorious Masai Mara, Halik ni Gringo, Maia and a set by DJ Six the Northstar. 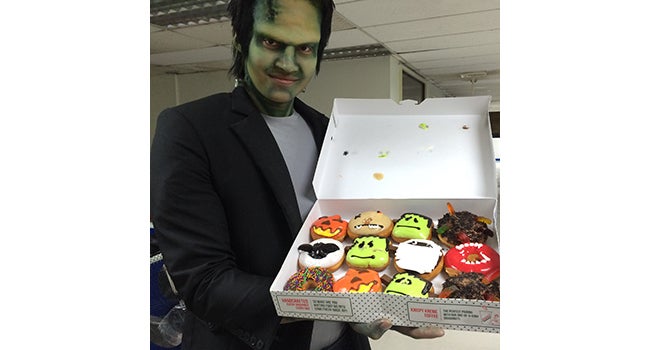 Grab a box of Krispy Kreme’s Halloween-themed Mad for Monsters donuts and have a donut party at home. Our favorite? The Frankenstein donut.