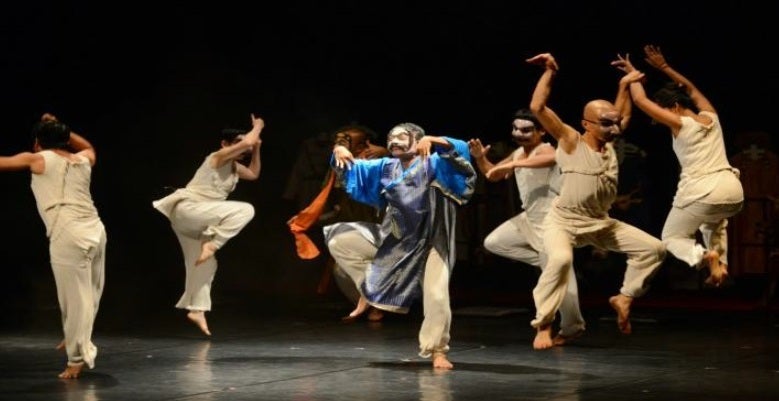 This Pan-Asian “Mahabharata” project is an international touring production that started in 2013 and will run until 2020. The project focuses on stories adapted from one of the longest epics in the world, the “Mahabharata,” an ancient Indian Sanskrit epic which has made its mark in Asian history through its great influence in religious thought, philosophy, politics and culture.

Each chapter is performed per year in different Asian countries. In 2013, Chapter 1 was staged in Cambodia and Vietnam, while in 2014, Chapter 2 was staged in Indonesia and Thailand.

The continuation of the first two chapters (“Mahabharata B-War”) will be staged in the Philippines, China, Japan and Thailand. In the following years, the tour will be continued in Indonesia, Burma (Myanmar), Singapore and South Korea.

The full-length performance with all four chapters will be staged in Malaysia.

Hiroshi Koike, renowned film director, writer and photographer, established The Hiroshi Koike Bridge Project in 2012 to build stronger connections among Asian countries through the performing arts, an objective which is shared by the Peta Theater Center.