This is the time for ‘This Is Our Youth’ | Inquirer Lifestyle ❮ ❯ 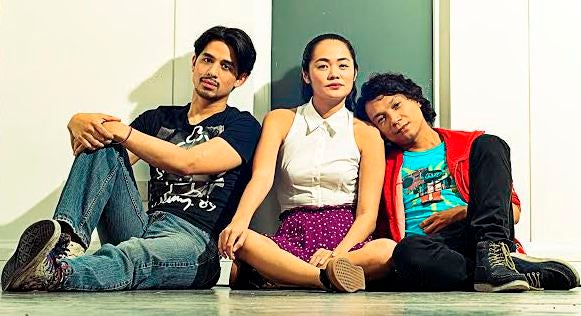 This is the time for ‘This Is Our Youth’

“Money, drugs, love, hatred, friends, parents, fear. Young people need this show. So they can make sense of themselves.”

This is how actor Jef Flores describes “This Is Our Youth,” which opens this weekend at the 80-seat A Space Gallery in Legaspi Village, Makati City.

It is Red Turnip Theater’s (RTT) first production under its “0.5 series”—“basically, small pet projects in between big projects,” explains actor-director Topper Fabregas, one of the founding members of the theater company.

Fabregas’ directorial debut for RTT was “Rabbit Hole” last year, which had a bigger cast and venue. For his second baby, he goes small-scale with a show that plays at a much more intimate venue compared to RTT’s “headquarters,” the cavernous Whitespace.

“Youth,” written by Kenneth Lonergan, is described as a hilarious play that has honed the acting skills of Mark Ruffalo, Jake Gyllenhaal, Hayden Christensen, Anna Paquin, Matt Damon, Freddie Prinze Jr., Michael Cera and many more since its first run Off-Broadway in 1996 and at the West End in 2002.

It was revived at the Cort Theatre on Broadway in September 2014 until January this year, featuring Cera, Tavi Gevinson and Kieran Culkin.

Though Fabregas could play one of the characters, he chose to direct Lonergan’s play about three rich kids in the early ’80s who try to figure out what to do with $15,000 in stolen cash, while seemingly stuck in a studio apartment on the Upper West Side of Manhattan.

“When I first read the script a couple of years ago, I was hooked because the dialogue is really funny,” he recalls.

Lonergan’s story has been described by The New York Times and Variety as having David Mamet’s rhythmic spontaneity and JD Salinger’s favorite theme of sensitive kids “revolting against adult phoniness.”

Fabregas calls it a modern classic.

“Set in an apartment, it showcases the actors,” he says. “It is a story that is relatable to anyone. It is about those on the cusp of their 20s. Not an adult. Not a teenager.”

The three troubled characters are played by Flores, Nicco Manalo and Cindy Lopez.

“I’m playing Dennis,” says Flores. “He’s electric. And every kind of sharp. A wildly dominating laser beam. I’ve never played such an energetic character. He has a king-on-his-throne confidence, but it might be some kind of caged tiger parlor trick.”

Manalo describes his character Warren as a “strange kid, not making the right decisions at the moment, but I would definitely say that he has a good heart. He’s someone who always ‘tries.’”

Also, “the text of this play pretty much takes care of the ‘funny.’ We say the lines and just trust them,” he adds.

Jessica, an 18-year-old fashion student, is played by Lopez. Incidentally, Lopez’s day job is editing a top local fashion magazine. With Tanghalang Ateneo, she has acted in plays such as Suzue Toshiro’s “Fireflies” and Samuel Beckett’s “Waiting for Godot.”

Flores entered our consciousness this year via Repertory Philippines’ “4000 Miles” and The Necessary Theatre’s “The Normal Heart.” In between, he was Bazooka Man in Dalanghita Productions’ hilarious musical “Kung Paano Ako Naging Leading Lady.”

Manalo may be more visible in indie films and TV commercials nowadays, but his stage credits have been varied, from Atlantis Productions’ “Spring Awakening” in 2009 to Tanghalang Pilipino’s “Kleptomaniacs” last year and various other shows with Dulaang UP and other companies.

He is confident that people, millennials especially, will love the play.

“Well, it’s called ‘This Is Our Youth.’ Everyone goes through that stage where you’re not a child anymore but also not an adult. Everyone has been confused at one point,” he says.

As for their director, Flores says: “He’s young, we’re young: ‘This Is Our Youth.’ Home run.”