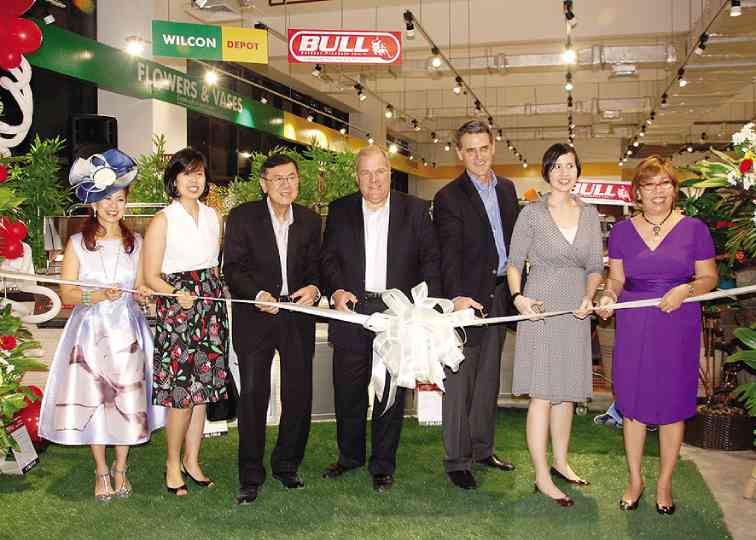 Why life keeps getting exciting this yearend

The yearend is in sight, yet life keeps getting more exciting and delightful for various reasons.

Many of our #GRFB gang are heading for one of the last triathlons of the year, Ironman Arizona. We held a Halloween sendoff party for the competitors and the ones like me, who have no triathlons for the rest of the year.

The all-day party started with a #GRFB morning session with American sports clothing and accessories store Under Armour (UA), where we tested its new sports bra, arranged by UA athlete Doray Ellis. Women athletes interested to try the UA sports bra can sign up at www.tripleready.com.

Christine Majadillas of UA Philippines told us about this year’s campaign, “Women of Will,” that engages women of different shapes, ages and background to immerse themselves into active lifestyle and fitness.

UA has designed a whole month of fitness activities in line with the campaign.

Also, UA Power in Pink celebrates those who use sports and fitness in the fight against breast cancer. It is set to donate a minimum of $500 to various breast cancer centers through their program.

#GRFB Lara Parpan supports another charity, Virlanie Foundation. As part of her Ironman Arizona fundraising campaign, she is raising cash for the Babies and Toddlers Home of Virlanie. Her project is until the end of November, and you can help out by visiting www.facebook.com/RacingArizona/.

Our outdoor party featured barbecues done on a brand-new Bull Outdoor Grill. The American-made brand was recently launched at Wilcon IT Hub in Makati, and it is now one of the store’s top sellers.

William Belo, president of Wilcon, told me that top managers of Bull Outdoor Products flew in for the launch, including Brian Dempsey, director for international sales, and Frank Mello, VP for sales and marketing.

Bull makes an extensive line of outdoor grills and accessories, all available at Wilcon Depot.

Wilcon has a new promo, “Back First Draw,” coming on the heels of “Money Back” which is running until yearend, with a grand draw on Jan. 7, 2016.

Check out all the consumer deals at Wilcon at www.wilcon.com.ph.

Our #GRFB party went well into the evening, with a Manille Liqueur Bar set up beside our Beer Below Zero freezer. The bartenders of Destileria Limtuaco & Co. created special cocktails to match our Halloween theme.

Olivia Limpe-Aw, Destileria Limtuaco president, said that Manille Liqueur de Dalandan is the only liquor in the world that uses the essential oils of dalandan. The company’s line of Philippine Craft Spirits has been a huge success and is something uniquely homegrown.

Destileria Limtuaco is also very creative with its product distribution. Manille Liqueur is served at all Torch Restaurants. This five-year-old chain focuses on fusion cuisine, and its five branches have made their mark on the discerning diners in the city. The latest outlet is Torch Circuit Lane in Makati, which features the chain’s best-selling pizzas, sushi rolls and steaks.

Speaking of food, Nov. 13-15 marks another Gourmand Market at Bonifacio High Street Central in Taguig. This latest round is called “Yuletide Splendor,” and will feature top bestsellers at previous Gourmand Markets as well as newer additions, like Ricing Bowl, a rice-toppings resto opened by our son, Bryan Prieto, and some high school classmates.

Trish Panlilio of nawwTy’s Kitchen, co-organizer of Gourmand Market, said that there is a true foodie vibe in the city, with everyone looking for something extra special to eat. This edition of Gourmand Market should do well as we head into Christmas.

Foodies may also want to check “Cookin’ Nanta,” a musical running at The Theatre at Solaire Nov. 10-15. A hit in Seoul, it is about three cooks, Head Chef, Hot Sauce and Sexy Guy, who run into trouble when their manager comes up with unplanned menus for a surprise wedding party.

That sounds just like some of the restaurants in town, but with a bit of a love story and K-Pop for excitement.