What will happen to the dreamweavers, now that Lang Dulay is gone? | Inquirer Lifestyle 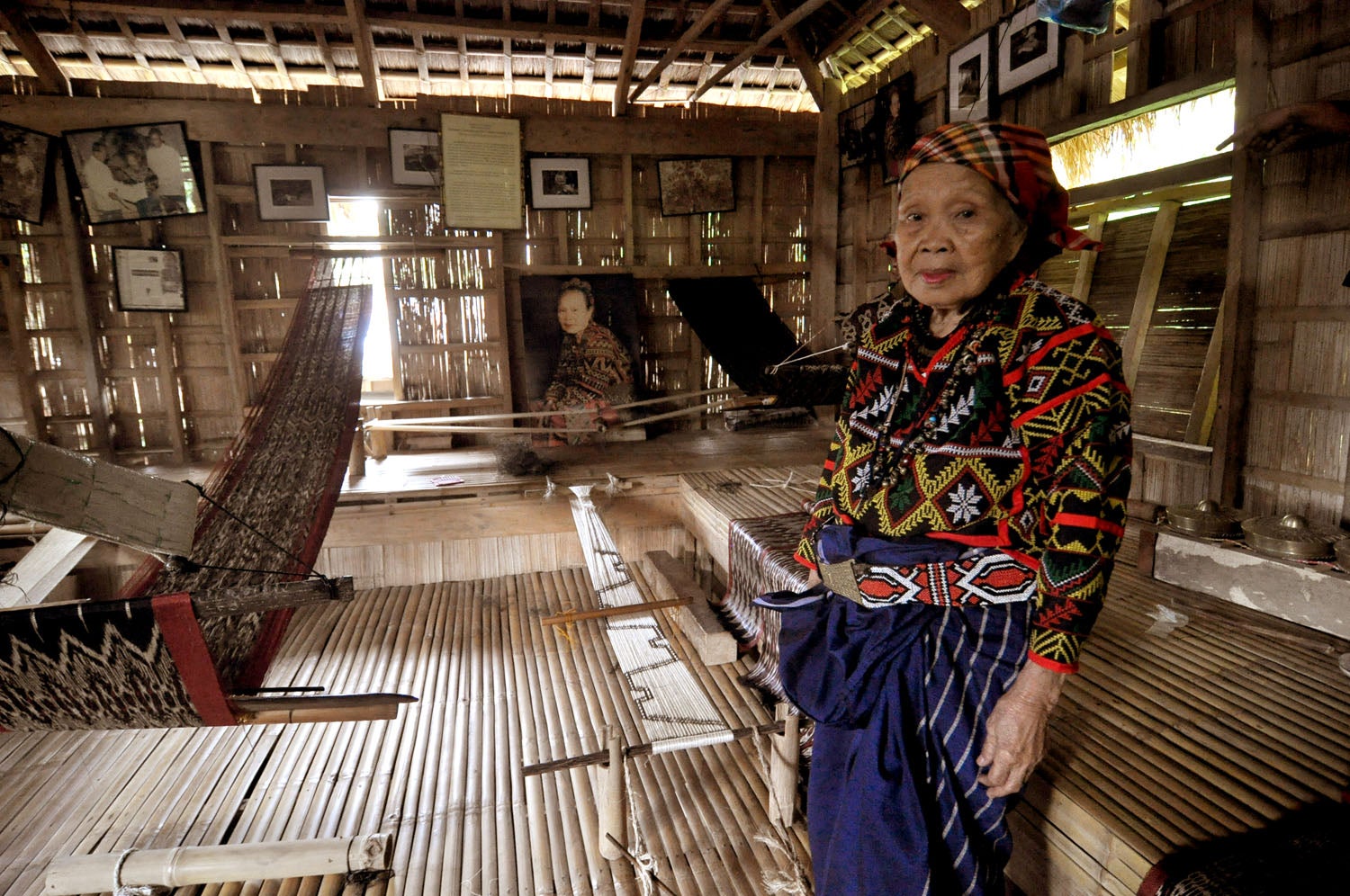 NATIONAL Folk Artist in her School of Living Tradition. PHOTOS BY RICHARD A. REYES

What will happen to the dreamweavers, now that Lang Dulay is gone?

THERE is a world beyond the land of the T’boli to which they constantly bring propitiatory offerings—the world of the spirits.

In T’boli culture, death is a simple affair: When you sleep, your spirit leaves your body. When it returns, you awaken. But there are times when malevolent spirits play a trick on it and it cannot return, and so death occurs.

Among those recently waylaid in the spirit world was Lang Dulay, the last of the dreamweavers.

She it was who almost single-handedly brought to the world’s attention the t’nalak, the sacred cloth of the T’boli woven from the mature fibers of fruit-bearing wild abaca, tie-dyed, then elaborately patterned.

Two months before Lang Dulay suffered a massive stroke in January and collapsed into a coma, we visited the venerable woman at her home in Barangay Lamdalag, Sitio Toku Lefa, about 5 km from the town market of Lake Sebu in South Cotabato. (It was rugged terrain the government had long planned to construct with a concrete road.)

Already 90 then, she could still clamber the steep ladder of the typical T’boli house that a visitor would find difficult to negotiate. “Salamat sa ginuong Dwata” (Thanks be to the Lord God), she would mutter after every household chore.

She was a small woman with quick bright eyes, attired in full T’boli regalia, while seated regally on a rattan-woven armchair.

Our guide Roy Ungkan said there were only 11 known dreamweavers in Lake Sebu, those who took the patterns of their weave designs from their dreams. All the others had died, the 10th just recently.

Asked when she started weaving, Lang Dulay replied with a faint smile: “Bukol pa ang suso.” (Or, when her breasts were still bumps; that is, at age 14.)

T’nalak weaving was said to be taught by the goddess Fu Dalu. Lang Dulay said the goddess came to her in a dream one night, instructed her to go to the mountain, but not to cross the river, and she’d find a pattern on a stone. If she could weave a design based on the pattern, then she was connected with the spirit of the abaca.

Lang Dulay had woven over 100 designs since, among the most popular the butterfly, cloud, hair bangs.

In 1998, she received the Gawad sa Manlilikha ng Bayan (Gamaba, or National Folk Artist Award) from the National Commission for Culture and the Arts (NCCA).

Her work is considered excellent because of “the fine, even quality of the yarn; the close interweaving of the warp and weft; the traditional forms and patterns; the chromatic integrity of the dye; and the consistency of the finish.”

The NCCA established the School of Living Tradition where she could teach the traditional method of weaving. She received P30,000 a month of stipend from the government: P20,000 as allowance; P10,000 for training fund.

To run a school on P10,000 a month was pitiful. To sustain the school, the weavers sold souvenir items to tourists: strings of multicolored beads, brasswork, tubao, purses and cell-phone holders made of t’nalak.

The fabric sells for P700 per meter; and P1,200 if it bears Lang Dulay’s signature (which makes us wonder, as she reportedly couldn’t write). T’nalak cannot be cut in half since it is a sacred cloth.

Only women are allowed to weave it. Males are prohibited from touching the raw abaca fibers. And the weavers are forbidden to mate with their husbands until their weave is finished, which could take months.

Lang Dulay said she quit weaving 10 years earlier and concentrated on designing. She had finished training 40 weavers and was teaching 16 students at the time of her death.

She was the third of her husband’s six wives. She had two sons and 21 grandchildren. All eight granddaughters have become weavers, and 44-year-old Noemi is hoped to succeed her.

But the School of Living Tradition is facing an uncertain future. With Lang Dulay’s passing, the government has cut off support. The school has been asked to reapply to the NCCCA for subsidy.

Even then, only women in their 30s are said to be interested in weaving. The young ones are mostly preoccupied with their studies or getting careers.

(It is a similar case as the builders of the Banaue Rice Terraces. What centuries of living tradition have created may yet fade in a few years.)

So what will happen to the dreamweavers now? Will there be a next generation?

After the stroke, Lang Dulay was confined in the hospital for 40 days, and died on April 30 at age 91. Amid singing and weeping, she was buried on a hill overlooking her school.