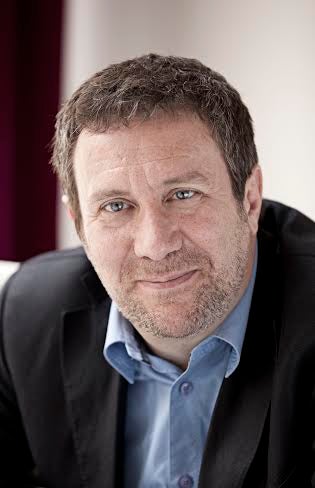 “Encuentros” is a series of interactions and fora between writers of diverse cultures.

Martín will be featured in “Writers in Conversation” on Nov. 11, 11 a.m.-12:30 p.m., at the European Documentation Center, 13th Floor Henry Sy Sr. Hall, DLSU, Taft Ave., Manila. He will engage in a conversation with local fictionists Eros Atalia and Carla Pacis on the craft of writing and the work of the imagination. Fictionist Timothy Montes will serve as host.

Martín will deliver a lecture on “fictionalizing of history and culture” on Nov. 12, Thursday, 7:00 p.m., at the Instituto Cervantes de Manila, Unit D— Ground Floor, Ayala Tower I and Philippine Stock Exchange Tower Plaza, Ayala Triangle, Ayala Avenue, Makati. The lecture will be in Spanish.

In a writers’ tertulia, he will meet with the members of the Philippine Center of International PEN (Poets, Playwrights, Essayists, Novelists) led by National Artists Bienvenido Lumbera and Francisco Sionil José, at the Solidaridad Bookshop in Ermita.

His first novel, “La muerte de Tadzio” (The Death of Tadzio, Alfaguara, 2000), was awarded the Premio Ramón Gómez de la Serna. His latest novel “La vida equivocada” (The Wrong Life, Anagrama, 2015) explores dark themes of excess and failure in the lives of a son and his father.

He occasionally works as a columnist in various periodicals such as El Viajero, Babelia, El País, and Shangay Express.

Martín’s participation is supported by the Programme for the Internationalisation of Spanish Culture, under the Mobility grants awarded by Acción Cultural Española, which facilitates the presence and collaboration of Spanish artists, professionals or creators in the international activities and programs of benchmark foreign cultural organizations and institutions, both public and private.

“Writers in Conversation” and the lecture at Instituto are both open to the public. Admission is free. For inquiries, contact BNSCWC at 5244611 local 233, e-mail [email protected]; visit www.manila.cervantes.es; or log on to Facebook page: www.facebook.com/InstitutoCervantesManila.