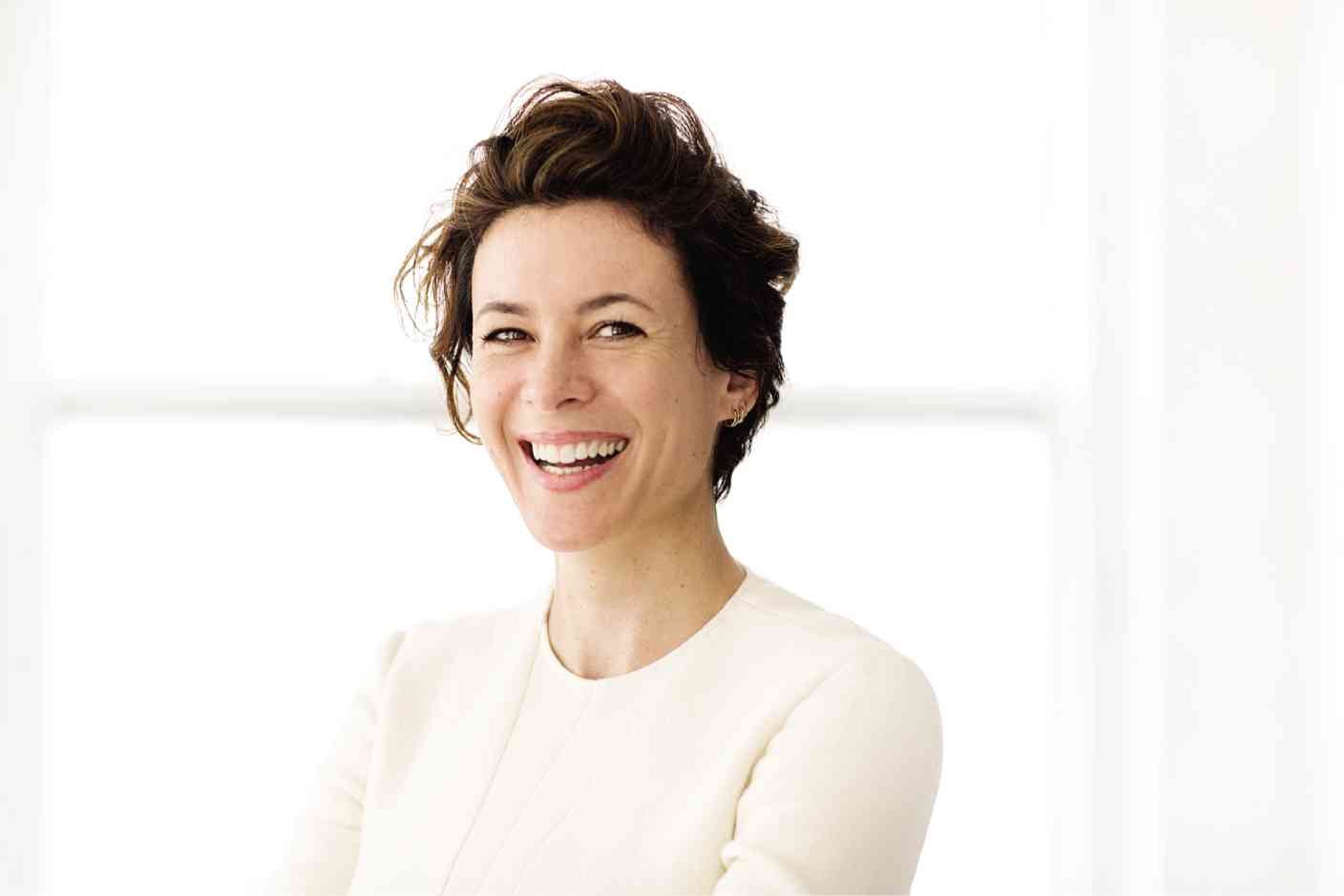 GARANCE on blogging: “For the first time in my life, people were interested and listening tomy voice. It was probably the most life-changing moment.”

She’s been called “the best thing to happen to style since Grace Coddington,” and now Garance Doré, French blogger, writer, photographer and illustrator, shares her secrets in her new book, “Love Style Life.”

“I just waited until I felt, ‘Okay, I really have something to say, I know my message, and I know my voice. Let’s do it,’” she said.

It’s a style guide-slash-visual-diary-slash-collection of interesting stories and, as the title suggests, a celebration of love, style and life.

In this e-mail interview, Garance tells Super about her unforgettable moments as a blogger, her favorite people in fashion and her beautiful new book.

Three years ago, you called your blog “your dream job.” Do you still feel the same?

Oh, yeah! And you know what? It’s even better now because I realized that I can also change jobs inside my dream job. Like my job has completely changed… As I was saying earlier, it used to be just me, and like Em or two people, and it would feel so light, and now it’s not that anymore, but I’m actually very excited.

I have a team working with me on the blog, which is a new development, too, but I also work on products, and on many, many other things. I think I’m someone who likes to change. I like cycles, so it’s amazing that I’m able to create a new job within my own job.

What are three of the most surreal/unforgettable moments that you’ve had because of your blog?

Well, there are many moments. I guess the outside moment of recognition was getting a CFDA Award, which was a big moment of validation and was unforgettable, for sure. The inside moments that were very important were, I think, the very beginning of the blog where, for the first time in my life, people were interested and listening to my voice. It was probably the most life-changing moment. It was not like, “Oh, I’ve done it,” or “Oh, it’s happening,” but now, I can tell you that it changed my life.

And then, lots of moments of meeting people that helped me along the way, people that—they’re not really my best friends or something—but they just point in a way, or just changed my life in a way. Sometimes, I don’t even remember what they did, or sometimes they’re people like Emily who has been working with me to build the Studio.

Or someone like Diane von Furstenberg, who is an amazing guide, and I know I can call her if I have a question. She and Jenna Lyons are in the book. They’re great guides.

What’s one item every woman should have in their wardrobe?

A good pair of jeans, a perfect T-shirt, and a lot of self-love!

Who are your five favorite people in fashion?

They change all the time. I guess, Lauren Hutton, Jenna Lyons… You know, even if I don’t necessarily dress like her, I love the way she does her own thing, and I think anybody can look up to her for that and do it in their own way. So my style icons are people who are very independent and individual.

Like Lauren Hutton. I remember stories about her style, in the ’90s, how she was so cool and casual, and was wearing khakis with plastic shoes—she was the only one dressed like that and she felt very confident and beautiful like that. So, people like that. Strong, confident, kind individuals.

You illustrate, you write, you take pictures—which of the three do you like doing the most?

I don’t think I have a favorite one. I think that they all complement each other. I started as an illustrator, and I soon realized that it was kind of an isolating job. And then the writing came, and the communicating with people, and then the photography, where you have to actually be with people, and so it kind of gave me a balance, you know.

And now, 10 years later, it’s totally different because I have a studio and several people around me. The way I now balance my work, my life, and things that inspire me is very organic, shifting all the time. To this day I don’t have a favorite one. I think they all express my vision of beauty and life, and I think that’s what any creative person would be happy with—just to convey that this is what I have inside me, this is how I see things.

What can readers expect from your book?

Well, it took me a while to form the idea of the book. Since I started the blog, people have always asked me, “When are you doing your book?” and I had been contacted many times by publishers. It was hard to say no, but I did because I didn’t know what to do. I didn’t want to do something just because it was supposedly “good timing.”

The thing is also that, I don’t only write—I also illustrate and take photos. It works well for a blog, but I didn’t know exactly how it would translate into a meaningful book. So I just waited until I felt, “Okay, I really have something to say, I know my message, and I know my voice. Let’s do it.”

I’m talking about style, which is what I’ve done with the blog since the beginning, but to me, style goes way beyond just clothes. Style is the way you live your life. The way you are with other people, and so, always, through storytelling and my personal point of view, I try to show what I’ve learned. 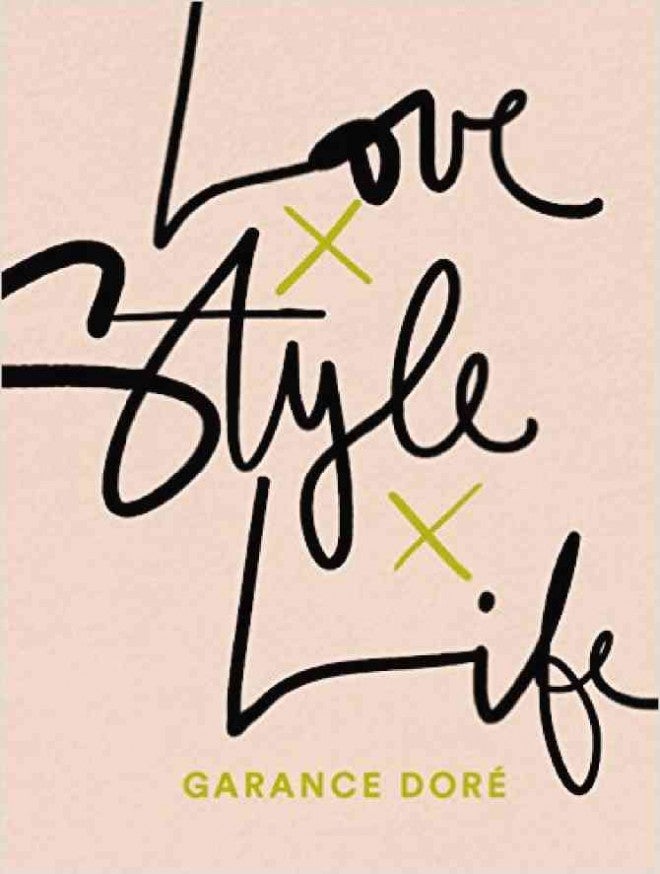 It took almost two years to complete! But I’m pretty busy, and I didn’t stop working to make the book. So I had two jobs at the same time, but thank God I have an amazing team because, even now, everything around the book is like having another job.

But if you put together all of the time I actually sat down and wrote, maybe it’s not that much, but then there’s also all the experience and all the ideas, and so, it’s very difficult to define how much time it took to write it. I know it took me a very long time to mature the idea of the book. Years.

On some things, I’m a perfectionist, and on some things I think I love unfinished work, and that’s why a blog is so amazing to me… it’s that you can be a perfectionist, but you can also say, you know what, I’m not sure, like that illustration is probably not perfect, but I’m going to put it out there and I can come back to it later.

There is that kind of fluidity, and to me that’s what allowed me to become an artist—before having the blog as my medium, I would have been too freaked out to put anything out there, because I could never ever change it again.

What was the most challenging part of working on the book?

The most challenging part is… having to work with a team, too! You’re not the only one making the decisions. As a blogger, you’re very free. It’s not like working with an editor who tells you, “No, you can’t do that, you can’t do that.” So for me, it was the first time that I actually had someone be like, “No, maybe not this,” and I had to deal with it.

As a successful blogger, you’re one of the few who have managed to keep the business side of things separate, and you’ve grown without compromising your content. What’s the secret? And have you ever regretted saying no to a person, brand or company?

I think in the beginning, when you start, just associating your name with other amazing brands is such an ego booster, and as a struggling artist you’re like, “Wow, okay, cool, that’s kind of what I was looking for—I never even dreamt of associating my name with that name.” As you get over all that stuff, you’re like, “Okay, now I’ve done enough of that, and it’s probably going to keep coming.”

Today, I think what’s most interesting is when this all feels as natural as possible, and it’s a great way to stay true to your voice. And those collaborations are amazing because it’s the different types of resources people can bring… and I’m not just talking money or productions or things like that, but like, knowledge, expertise, country—you know, like traveling.

I’ve just come back from Japan because I was working with a brand there, and it’s amazing how there’s this kind of energy that comes together when both parties are really interested. And the projects are beautiful, and so that’s the main thing. And the thing is, when you meet someone, it’s like, “Wow, suddenly, we’re kind of better together for a little bit.”

You live in New York now; what do you miss the most about living in France?

I don’t miss much about living in France. What do I miss? Croissants… Being far from my family. I lived in Paris for five years, and I don’t miss Paris. I mean, there is a reason I came to New York, and I love New York. I love Paris as a tourist or as someone who doesn’t live there.

It’s amazing, but what I miss about France is that I come from the south and the Mediterranean, and that is something I realized was important to me when I was in New York. And that’s what I miss the most: my culture and my south, the clear water, the sun and the slower pace of life.