The many beautiful ways to tell a story | Lifestyle.INQ ❮ ❯ 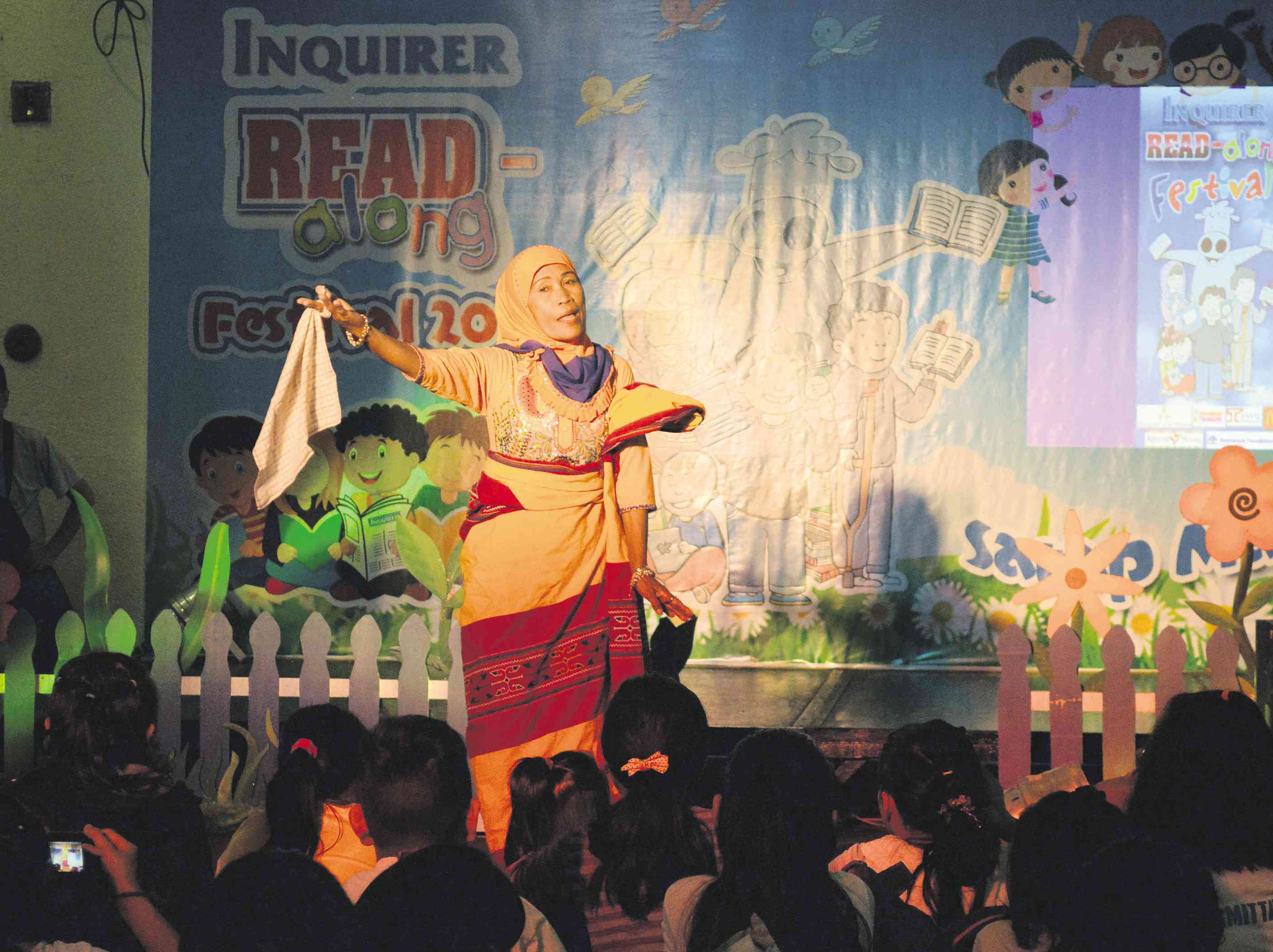 The many beautiful ways to tell a story

There are a lot of ways to tell stories—as many as narratives of history and tales of the imagination allow. “Performatura,” a literary and performance art festival that is part of the celebration of National Reading Month, explored different techniques and tools of bringing stories to life.

Last Nov. 6 to 8 at the Cultural Center of the Philippines, “Performatura” held several workshops, sessions and staged performances that showed the relation of written literature to sound, music, movement and visual arts. Over 200 artists illustrated how such fusion and intertextuality heightened emotion and created a new form of art altogether.

“It’s something in your blood, which I love. The people here are more willing to take chances and risks with art,” Chelsea Ainsworth said of young Filipinos.

A product of Julliard, Ainsworth facilitated a workshop on interpreting text with contemporary dance among literature and ballet students. She was hungry to give the participants an avenue to share stories and help them realize that dance is not just a form of self-expression, but can also communicate ideas that are beyond an individual’s experiences.

The students chanted, and created perfectly timed and spontaneous movements in pairs, exercising their sense of coordination and rhythm. Similar activities have been conducted by Ainsworth in Catarman, Northern Samar, since 2008 with the rest of the “Project Philippines” team to introduce performing literature and contemporary dance to children.

Her team will be back next summer, hopefully with accomplished Filipino artists of different disciplines, for the first time, to teach and sustain the growth of art knowledge and interest among kids in Northern Samar.

Dance, like other performing arts, challenges the notion of time and space. Local epics, which were cited in traditional storytelling with memorized songs and dances, continue to withstand the test of time, and are a remaining testament to the rich cultural heritage of the country that generations of modern Filipinos are not aware of.

In “Darangen,” part of the festival’s Epic Center segment, an “onor” narrated a portion of the Mindanao epic of Prince Sayana, accompanied with music produced by traditional southern percussion. The epic is composed of more than 100,000 lines. For countless generations, a chosen onor of the Binukot tribe was tasked to memorize the epic to preserve the story.

It is told in an archaic form of the Maranao language, and through its “Gulong ng Palad” plot, Filipinos can come to realize the striking similarity of historic and modern stories, regardless of time and regional culture.

“Darangen” was also performed in front of children during the Inquirer Read-Along. Among other well-loved children’s stories, this tale was introduced to a young audience for them to make it known and become more appreciated.

The Read-Along sessions were also a chance for young storytellers to inspire kids to enjoy reading, and instill courage to creatively perform stories to large audiences, even at their young age. Thirty stories were read to celebrate Inquirer’s 30 years.

National Artists for Literature F. Sionil Jose, Bienvenido Lumbera and Cirilo Bautista also held their own sessions and shared their striking observations about the difference between their contemporaries and today’s generation in terms of attitude, privileges and art.

Having a conversation with these artists makes one realize that apart from their world-class works of literature—which, they shared, are sadly, read more abroad than in the country—they hold their titles for much deeper reasons: their love for the Philippines, and the undying frustration of building a better nation,  both of which  heavily permeate their works.

“The purpose of the writer is to give memory. Without memory, a nation cannot be built,” Jose said.