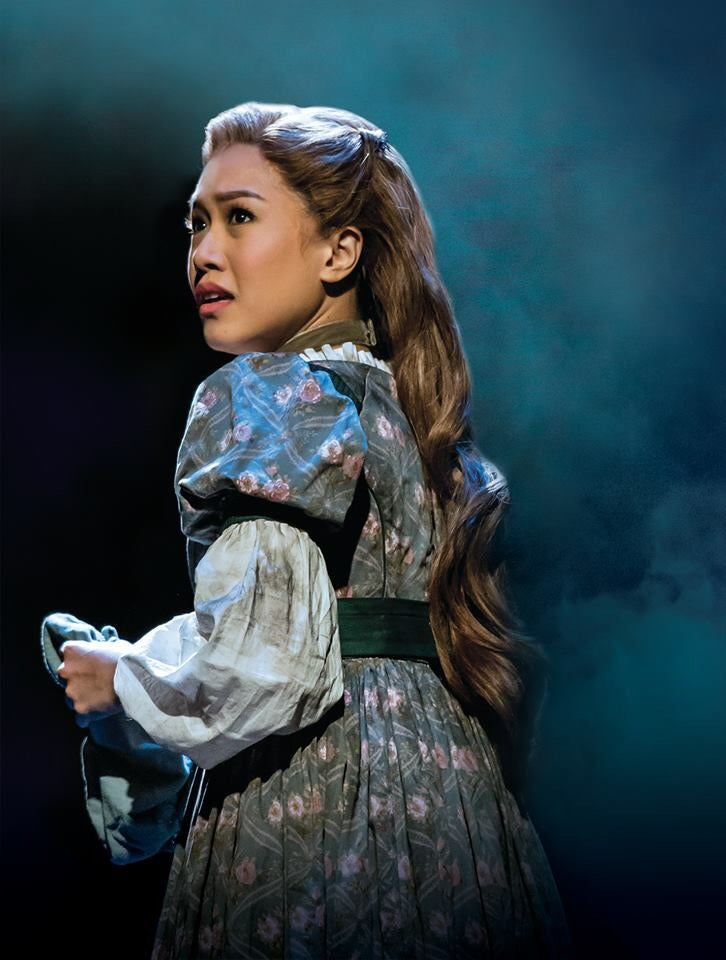 Rachelle Ann Go promises to break your heart as Fantine

It’s a Tuesday afternoon in London (Tuesday night in Manila) and Rachelle Ann Go is calling us over Skype.

It’s hours away before the curtain rises again for the actress who, after a successful run as Gigi in Miss Saigon’s West End production, has been playing Fantine in Les Miserables for the past five months. She’s the only Asian in the entire cast.

“Nakaka-proud pero at first syempre andun yung fear, dumating din yung takot na “Oh my gosh, can I do this?” Syempre andun din yung insecurity na Fantine, based on the book, dapat blonde, matangkad, blue eyes, matangos ilong. I felt like the total opposite of Fantine. Pero syempre ngayon, I feel comfortable doing the role na which is good,” she said.

Fantine is a powerful presence in the show, despite spending barely half an hour onstage. Rachelle said, “Alam mong maikli lang yung spot mo, you have to give your all, 110%… Wala ka nang chance para bumawi eh.”

Rachelle has lived in London since 2013 and, she says, she’s done a lot of growing up there. “Today I just need to do my grocery. I don’t have any food left,” she said, laughing. “That’s my life. I cook, I clean. Today, I’m going to cook, eat, do some shopping. I need to do Christmas shopping, malapit na mag-Pasko so yeah, I’m sending stuff over to my family.”

After Christmas, Rachelle will get the chance to spend time with her family as Cameron Mackintosh brings Les Miserables to Manila, with Rachelle playing Fantine.

Cameron said in a statement, “I’m delighted to be bringing this new version to Manila in March, with a wonderful cast that include the current London star playing Fantine, acclaimed Philippine actress Rachelle Ann Go – who received enormous acclaim when I took her to London to appear as ‘Gigi’ in my hugely successful new production of ‘Miss Saigon’. Over the last twenty-five years I have had a wonderfully rewarding relationship with Filipino talent, introducing the best of them to audiences around the world – so I’m thrilled that this time one of my productions can be seen in its full splendor in Manila.”

Rachelle will fly to the Philippines in February to begin rehearsals. She will be joining the touring cast that is currently performing in Australia. Australian Helpmann Award winner Simon Gleeson and Broadway actor Earl Carpenter will play Jean Valjean and Javert.

Rachelle said, “Naku, I’m so excited. Gusto ko syempre i-share sa Filipinos what I’ve been doing here in London for the longest time… I’m very very excited for them to see it.”

Watch out for our full interview with Rachelle in the November 21 issue of Inquirer Theater.

Les Miserables opens in Manila in March 2016 at The Theatre at Solaire. Tickets are available through www.ticketworld.com.ph or 891-9999. Visit www.lesmis.com.ph.