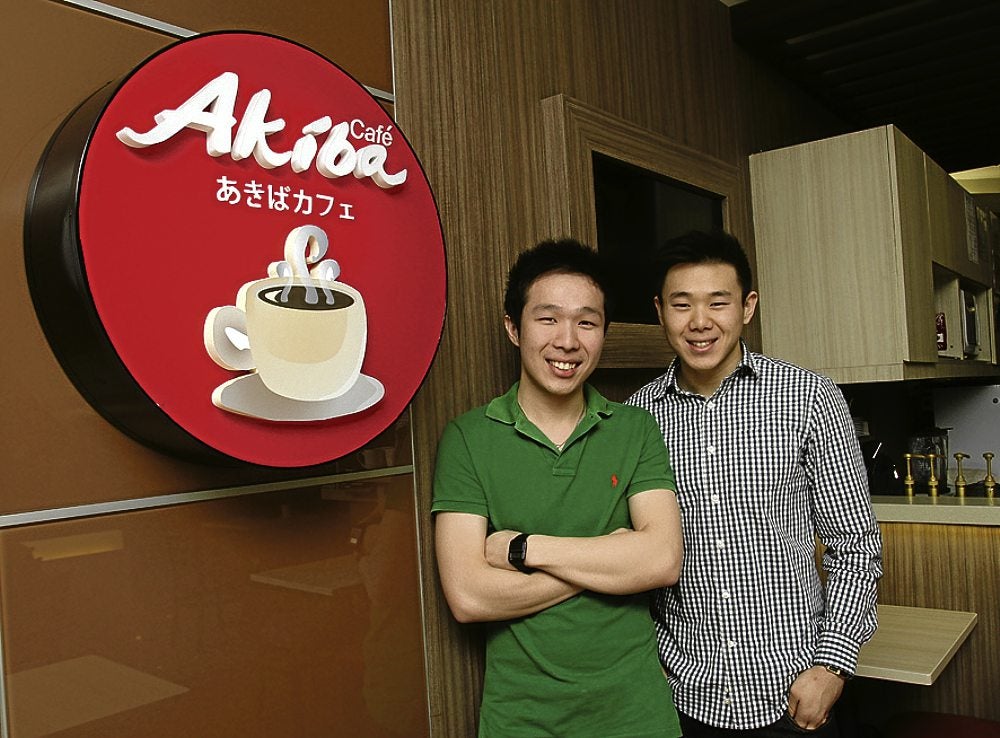 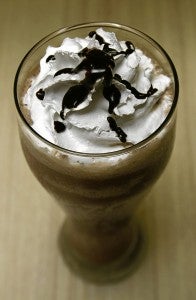 Akiba Café is flocking them in on the first level of SM Megamall in Mandaluyong because it does not offer only great coffee, tea and pastry; it also offers great aesthetics.

Brothers Kenn Nicholl and Wesley L. Ong, the young men behind Akiba, combine the best of Japanese coffee technology and the spirit of Japanese aesthetics.

According to Wesley, “Akiba” is shorthand for Akihabara, otherwise known as the electronics town in Tokyo, a major shopping area for electronic, computer, animé, and otaku goods, including new and second-hand items.

The Ong brothers, belonging as they are to the IT-savvy younger generation, frequent the place which is not far from the Tokyo Station, and have taken notice also of its fancy coffee-places. They try to replicate the ambience and taste through Akiba.

As a rule, Japanese coffee tends toward the tangy, sour side; the taste is more refined, that is, more—for want of a better word—Zen and spiritual.

Akiba, for instance, serves its own version of the standard Americano brewed coffee, named Kohi Americano.

Meanwhile, Tokyo Cappuccino is cappuccino with the Japanese twist—what the brothers call “latte art,” evident in the leaf and other intricate designs on the cream-covering.

The art extends to Mt. Fuju Kofi, with the famous Japanese volcano approximated by the beautiful whipped-cream top.

Kyoto Macchiato is distinguished from the standard macchiato in that “the caramel ingredient is not that strong,” says Kenn Nicholl Ong. “Coffee should be paramount.”

Since this is the Japanese version of coffee, which came to Asia through Manila and Mexico and the Latin Europeans, the concoctions have a pan-everywhere feel to it.

The favorite of patrons among the hot coffee items is Nutty Macadamia Kofino. No wonder: It combines all of the tasty elements of coffee, macadamia and sesame seeds, so that when you sip it, you can’t resist chewing it as well. It’s coffee with a synaesthetic feel to it.

The cold coffee consists of iced drinks and ice-blended concoctions, the latter with whipped cream on top. The favorite among the kids is Coffee Jelly, which has gelatin bits which compel the drinker not only to sip but chew as well. This is what you may call as a total coffee experience.

But this wouldn’t be a Japanese-inspired place without the tea, so Akiba serves up quite an array of tea concoctions from the hot (the traditional Oolong Tea, as well as Hakone Jasmine, Chamomile, Matcha Latte, Almond Tea Latte, Choco Almond Tea and Chai Tea Latte), as well as cold tea.

The latter is “cold refreshing tea topped with [Akiba’s] original Japanese trifle cream.” The Matcha [Green Tea], for example, is topped with thick trifle cream that’s sweet and heavenly; when one has had one’s feel of the cream, the green tea underneath takes over the palate, and the result is elegantly refreshing.

Overall, Akiba offers a holistic experience of refreshing drinks and of taste and more taste.  Lito B. Zulueta