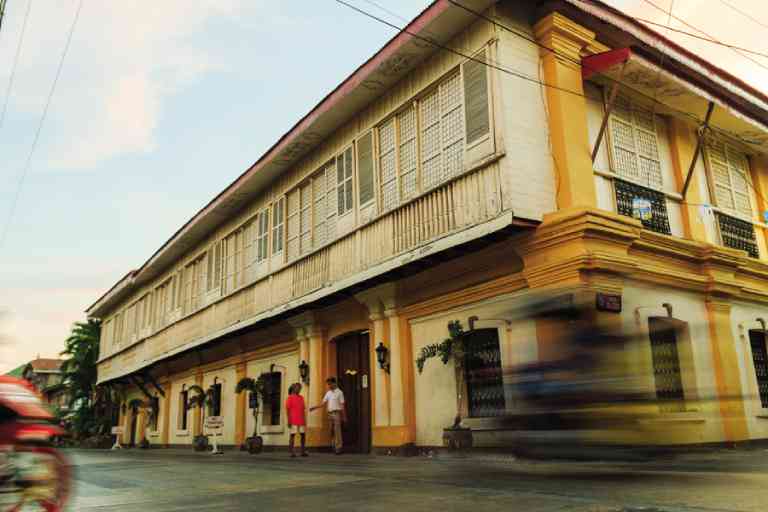 Quirino House, aka Syquia Mansion–the original Malacañang of the North

TODAY is the 125th birth anniversary of Elpidio Quirino.

But who among the millennials knows about him now? Indeed, who heard of that name except Quirino province, Quirino Avenue and Quirino Grandstand?

Quirino was Manuel Quezon’s secretary of finance and of interior, Senate president during Sergio Osmeña’s administration, Manuel Roxas’ vice president, before becoming the country’s sixth president, from April 1948 to December 1953.

He himself is said to have mentored three presidents, the so-called 3 Ms: Magsaysay, Macapagal and Marcos.

His administration was characterized by postwar reconstruction and increased US aid, but it is often remembered for its deployment of our soldiers to the Korean War and the resurgence of the Hukbalahap (Hukbo ng Bayan Laban sa Hapon, a communist movement emerging from World War II).

His legacies include guiding the new nation after the war; economic development; the creation of the Social Security Commission; and chiefly his foreign policies, which earned him the title Father of Foreign Service.

He was known to have “excelled in diplomacy, impressing heads of states and world statesmen with his intelligence and culture.” In his official travels abroad, he represented the country “with flying colors.”

Remember, he was our first secretary of foreign affairs, under the Roxas administration. Also remember, it was during his administration, in September 1949, that Carlos P. Romulo was elected by the United Nations 4th General Assembly as president, the first Asian to hold the position.

When the so-called White Russians (émigrés fleeing Communism from Russia and later China) appealed to the UN for help, only one country responded. Quirino offered them an island in Samar as haven and evacuated over 5,800 refugees from 1949 to 1951.

The Baguio Conference of 1950, a regional meet that gathered delegates from Australia, Thailand, Indonesia, India, Pakistan and Ceylon to discuss economic and cultural problems, could have been a precursor of the Asean (Association of Southeast Asian Nations) or Apec (Asia-Pacific Economic Cooperation) summit. China and Japan weren’t invited as they were not considered free states then.

Elpidio Rivera Quirino was born in Vigan, Ilocos Sur, on Nov. 16, 1890. The circumstance of his birth is almost legendary.

While his mother Gregoria was bringing merienda to his father Mariano in the provincial jail, where he was warden, her water broke and she unceremoniously gave birth to the future president of the republic.

In May last year, the 200 inmates were transferred to the new provincial jail in Talib at Bantay town. The old jail, built in 1657, was transformed into the Ilocos Regional Museum complex, which opened on Jan. 30 this year. The room on the upper floor where Quirino was born has been given pride of place.

A more significant landmark in this heritage city associated with his life and times is the Syquia Mansion at Quirino Boulevard cor. Salcedo Street, right in front of Irene’s Vigan Empanadas.

Quirino first stayed in the mansion in 1921 when he was still a congressman, after marrying Alicia Syquia, firstborn of the Chinese Tomas Syquia of Vigan and the Spanish Conchita Jimenez of Binondo. The house was her dowry, a wedding gift from her parents.

When Quirino became president, he made the mansion his retreat.

“I remember during his visits when fruits from Malacañang would be stocked in the library,” recalls Rusty Sebastian Ponce, fourth-generation caretaker of the mansion, where he was born. “Sometimes he would hold meetings with his Cabinet here, and the tables in the comedor [dining hall] would be doubled.”

The two-story structure is painted in duo tones of cream and mango and outlined in powder-blue, though at times it’s just plain off-white.

The heavy narra door opens to the zaguan (hallway or lobby serving as garage). Standing lonesome on a corner is a black carruaje (horse-drawn carriage) from Europe.

“This served as Alicia and Elpidio’s wedding car,” says Ponce. “It has power steering, the first of its kind, para ’di mahirapan ang kabayo.”

From the grand staircase with a wide landing on to the upper level, the flooring varies from hardwood planks to piedra china and baldozas mosaicos (Machuca tiles) of various Mediterranean patterns.

There are secret peepholes on the floor and walls, for the household to see if a visitor was worthy to be received in the sala or should be allowed to proceed to the second floor.

The grand sala has fine hardwood furniture; Murano mirrors with frames gilt in 18k gold; a Ming Dynasty porcelain jar said to be a gift of China’s last emperor to the Syquia family; vintage photographs and oil paintings.

Most notable are the paintings, some mural-size, by Juan Luna’s assistant Pedro Respall: a 1911 copy of the original 1884 “Spoliarium”; duplicates of other Luna masterworks such as “Pacto de Sangre” and “The Death of Cleopatra.”

A narrow servants’ passageway wraps around the salon. Since the aliping sagigilid (domestic servants) were not allowed to be seen whenever there were visitors or a party, they quietly moved along this passageway carrying drinks and comestibles.

The comedor, constructed in 1901, has a 14-seater dining table of dark hardwood. Overhead are panels of gold-colored heavy fabric, to be pulled with cords to cool the room or drive flies away.

On one end are cabinets filled with china and glassware. Rowed on one side are bronze figurines from France, wired firmly to the wall (as this is earthquake country).

The prayer room is filled with antique icons, with the Santo Entierro laid out on the floor. When the light is off, the place looks spooky.

The azotea has an open inner courtyard, planted with blooming ornamentals, with a fountain as centerpiece. Constructed in 1910, it has undergone renovations; only the fountain is original.

“This was where he entertained the US ambassador,” says Ponce, “foreign dignitaries like Governor-General Dwight Davis.”

A separate one-story structure, hidden from view behind the mansion, is the almacén (storehouse), where tools and implements, rice and food supplies were kept.

Built in 1830, the entire mansion is relatively intact. It was used as the house of Capitan Tiago in Eddie Romero’s television series “Noli Me Tangere.” It was also used in other period movies such as “Day of the Trumpets” and Fernando Poe Jr.’s “Ang Panday.”

This was the original Malacañang of the North, decades ahead of Ferdinand and Imelda Marcos’ holiday residence in Paoay, Ilocos Norte.

It used to be called the Quirino House, but when the Syquia siblings protested, it was changed to Syquia Mansion (or Quirino Museum).

Quirino’s support of the withdrawal of the US military bases from the country could have cost him his bid for reelection in 1953 against his former defense secretary Ramon Magsaysay, whom many consider an “Amboy” (American boy).

Withdrawing from politics, Quirino retired in his new country house in Novaliches, Quezon City, where he died from a heart attack in 1956 at age 65.