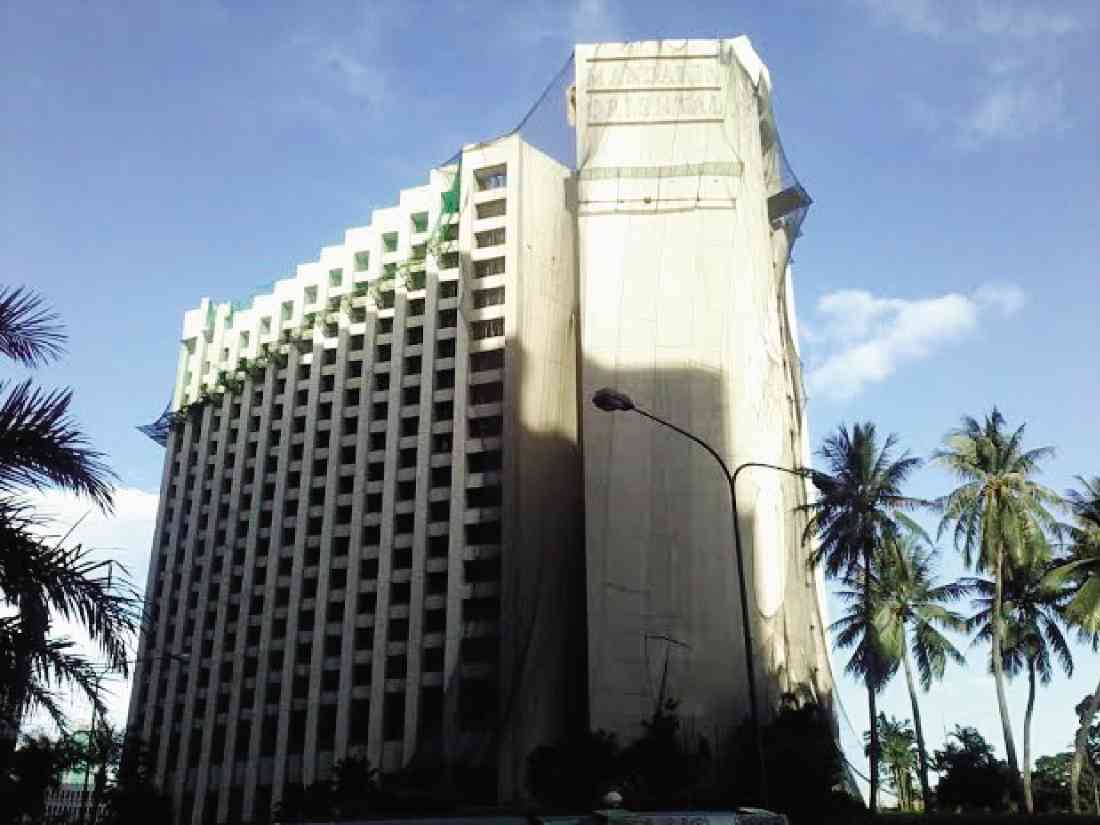 ONE OF the iconic buildings in Makati, designed by National Artist for Architecture Leandro V. Locsin, is now being demolished to give way to a new development.

Located at the corner of Paseo de Roxas and Makati Avenue, the Mandarin Oriental Hotel is one of a number of landmark structures designed by Locsin in Makati. It opened in 1976 but ceased operation late last year.

It will reopen on the same site with a new building in four years.

The structure is considered an Important Cultural Property (ICP) under Section 5 of the National Heritage Act since it is a work by a national artist, “unless declared otherwise by a pertinent cultural agency.”

Heritage Conservation Society president Ivan Henares told the Inquirer that the National Commission for Culture and the Arts (NCCA) gave permission for the demolition.

“The process is called removal of presumption that structure is an Important Cultural Property,” said lawyer Lucille Karen Malilong- Isberto of the NCCA National Committee on Monuments and Sites.

She clarified that the structure was not delisted as it was never officially declared an ICP.

She said that the “works of national artists are presumed ICP for a limited purpose,” and “if that presumption is removed, then [the] building can be demolished.”

International Council on Monuments and Sites Philippines president Dominic Galicia lamented the demolition of the structure.

“Philippine architecture dies a little death with each stab of the jackhammer that is demolishing Leandro Locsin’s Mandarin Oriental Hotel,” said Galicia.

Another Locsin structure feared to be on the way to demolition is the Intercontinental Manila Hotel, which will close soon to give way to another development at Ayala Center.