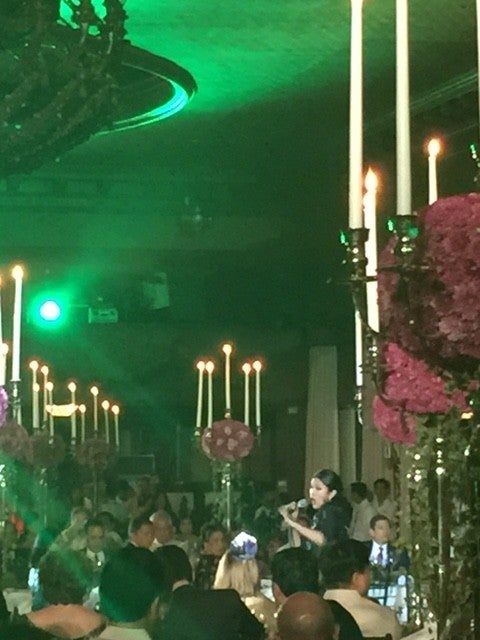 For the young daughter of Mexican president, a dance-filled state-dinner program

Even as Filipinos on social media continue to vote Mexican President Enrique Peña Nieto one of #Apechotties—the other one being Canadian Prime Minister Justin Trudeau—his 20-year-old daughter visibly enjoyed the entertainment at the state dinner at Malacanan held in honor of his father.

Knowing that she loves dance music, the Palace staff included dance music in the short after-dinner program. Pops Fernandez, with the Dance Royalties, opened with “I Gotta Keep Dancin” and the performers led by Fernandez, Jett Pangan, Radha closed it with “Disco Inferno.”

The young lady also loved the numbers of the The Voice’s talents brought in by Kris Aquino.