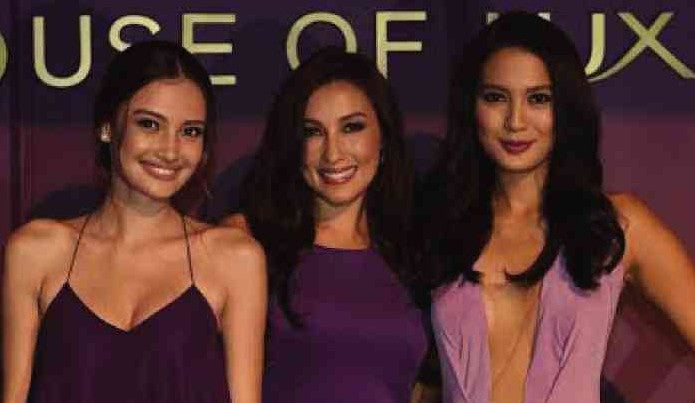 Lux is back. Crafted by master perfumers from New York, London and Paris, the New Lux Perfumed Bath Collection gives the modern-day Filipino woman the luxury of bathing virtually in perfume every day.

The collection was launched in a star-studded event, a multisensorial evening that featured gorgeous deep-purple flower walls and VIP guests.

Master perfumer Nicole Mancini of Givaudan, one of the world’s leading fragrance companies, attended the launch. Givaudan is known for “masterfully capturing emotions and translating them into a fragrance that powerfully engages the senses,” the brand said.

The woman behind scents for Rihanna, Victoria’s Secret, Juicy Couture and St. Regis Hotels, Mancini took the invitees through a fragrance master class.

She talked about “how fragrances create certain emotional experiences in a person’s life” as well as “the art behind crafting fine fragrance of Lux’s signature variant, Magical Spell.”

Mancini described the Lux fragrance as having “key notes of the rare black orchid, with opening notes of juniper oil.” Guests got to take home the fragrance in personalized glass bottles.

“Unilever created the magic behind bathing with perfume every day with Lux,” said Mian Datu-David, Unilever marketing director for skin. “Scents play an important role in the lives of Filipino women. A whiff of a familiar fragrance can take a person back to days thought to be forgotten, or precious moments. Fine fragrances that evoke such emotions have been captured so well in the Lux bottle, and have never before been seen in a body wash, which is why Unilever Philippines thought that it would be perfect for the Philippine market.”

The New Lux Perfumed Bath Collection is available in both perfumed body washes and bar soaps. Take your pick from the collection—Magical Spell, White Impress, Soft Touch and Love Forever.

Maria Lucia Locsin is the person behind the continuous growth of Alterations Plus. “From made-to-order clothing to company and school uniforms, wedding entourage dresses, costumes, pet clothing, custom-made curtains and upholstery, from dry cleaning to embroidery, pressing, ironing and soon, shoe-shine, Alterations Plus has pioneered traditional personal services,” said Locsin.

The addition to the premium Huawei Mate line, the Huawei Mate S, was unveiled at Nobu Restaurant Manila, City of Dreams.

The event featured a performance by violinist John Lesaca and singer Nicole Asensio. “The song talks about how you’re unstoppable when your dreams come alive. It also encourages listeners to ‘take a shot, chase the sun and find the beautiful,’” said Jojo Vega, director of consumer, Huawei Philippines. “It is Huawei’s brand story which has always been steeped in bringing telecommunications to the future.”

For those who preorder, exclusive gifts worth P20,000 await them: Premium Harman Kardon designer earphones, dinner for two at Nobu, a Royal Selangor Bespoke pewter certification and personalized phone engraving. Only 200 out of the 1,000 units allotted for the Philippines can be preordered.