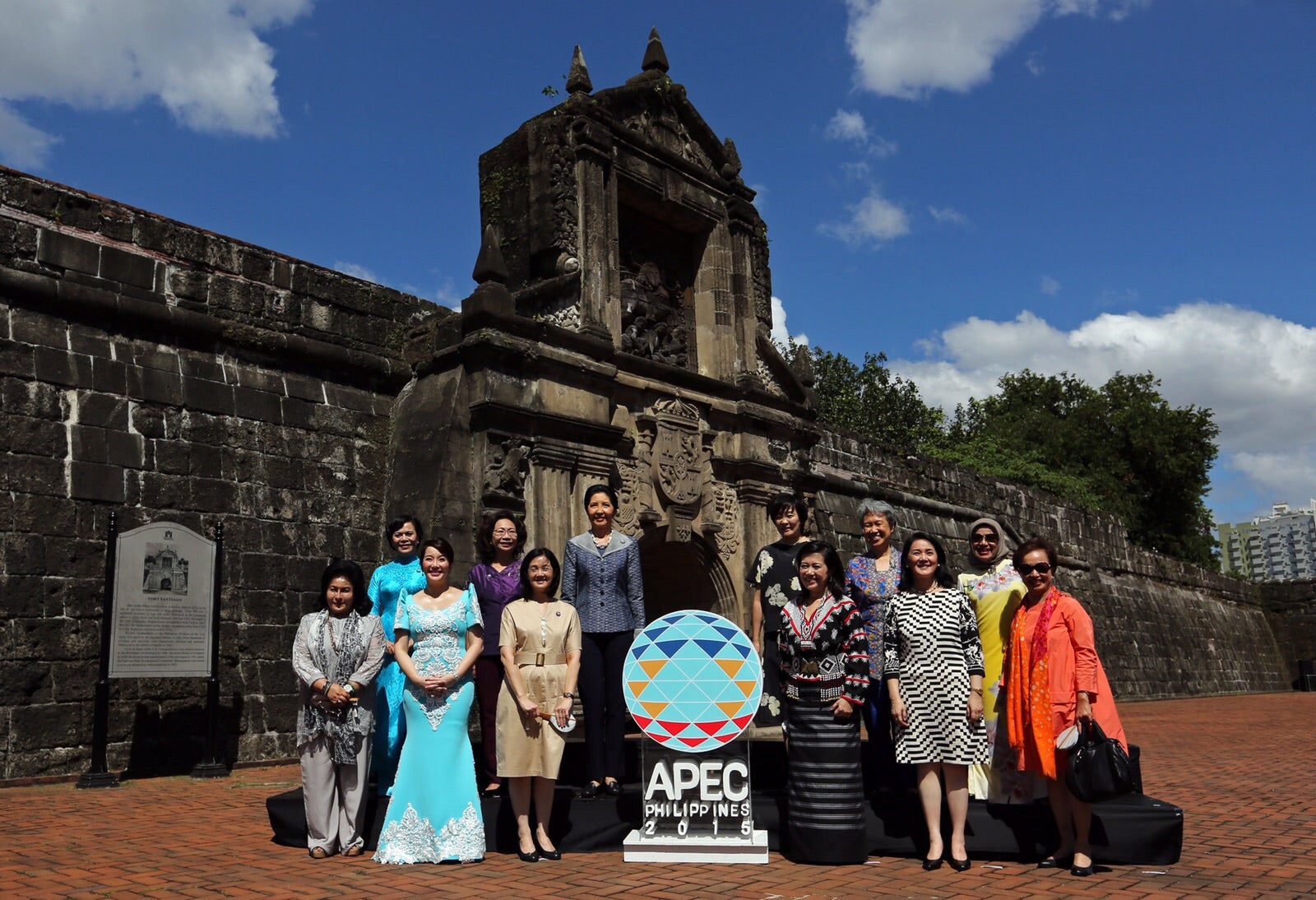 The spouses of the Asia-Pacific Economic Cooperation (Apec) leaders on Thursday joined the sisters of President Benigno Aquino III in what was dubbed as “A Walk Through Time” tour in Intramuros.

Last week, Nes Jardin, creative team head of cultural events related to the Apec, told Inquirer Lifestyle that the tour will allow the spouses of several world leaders to revisit the Philippines during the Spanish era.

It is supposed to be a “living museum” featuring actors, dancers, and musicians.

Television host Kris Aquino, the most known among the Aquino sisters, posted a group photograph on her Instagram account. It has since received 11,400 likes.

Seen also in the photo were the spouses of the leaders of the following countries: Malaysia, Vietnam, Hong Kong, Thailand, Japan, Singapore, Indonesia, and Taiwan.

Kris also posted of a photo of several people in Spanish era attire with the caption “Our Visayan Wedding Celebration Dance!”

Because the President is a bachelor, the Aquino sisters have been serving alternately as his first ladies. KS