Was that Glenn on the radio? | Inquirer Lifestyle ❮ ❯ 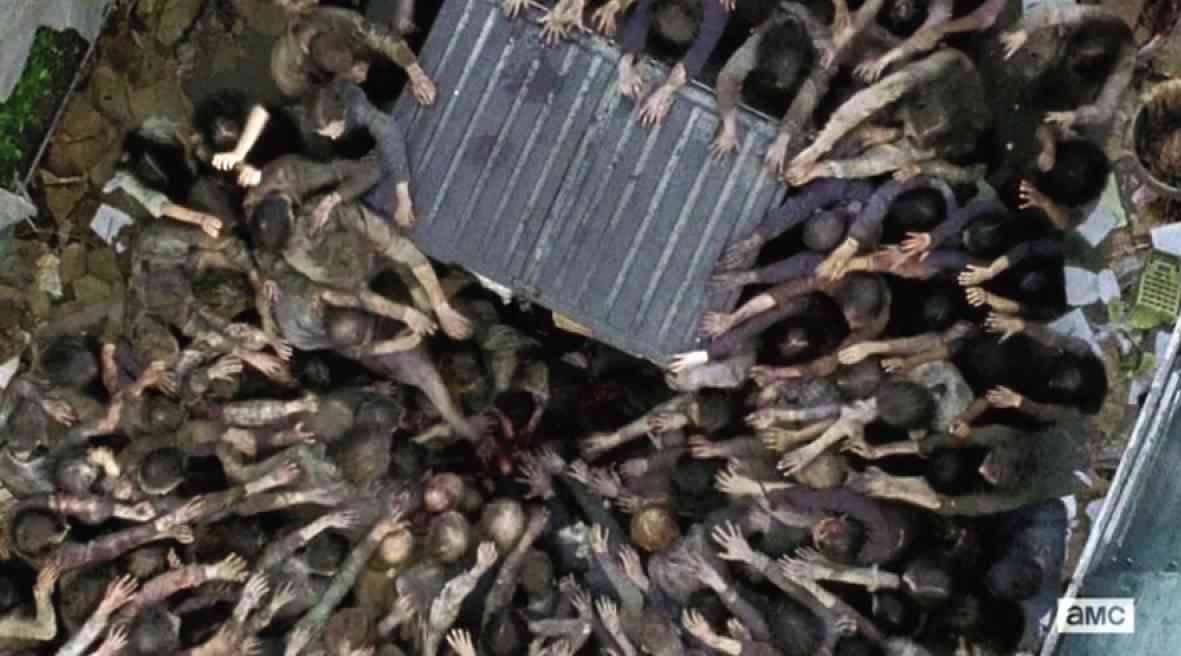 IS GLENN a goner?

Was that Glenn on the radio?

So who cares if Norman Reedus (Daryl Dixon) said the scratchy voice on the radio calling for help wasn’t Glenn? “It’s not Glenn! Don’t ask me! It’s not Glenn!” he told IGN.

We listened to the clip five times, headphones on our ears, and the voice, frankly, sounded like it could be anyone’s.

It could be Glenn’s, or Rick’s, or Eugene’s. It’s hard to be certain under all that static noise and music score.

But, dead or alive, Glenn Rhee (Steven Yeun) may finally be appearing once more on Monday’s Episode 7 of “The Walking Dead.” Or at least “some version of Glenn or parts of Glenn,” as show runner Scott Gimple put it.

The only thing keeping Glenn alive in the minds of the fans is hope. Everyone’s favorite pizza boy couldn’t possibly be dead, right?

Truth is, he could really be gone. If you hear yourself saying, “He can’t be dead,” that’s just your brain in denial.

Nobody wants Glenn dead, but consider these theories.

Glenn is dead because:

He fell into a pit of bad-ass zombies—dozens of them. So Nicholas landed right on top of Glenn, and, from the looks of it, it seems very likely that the zombies fed on his innards first. But how long do you think before a throng of zombies discovers there’s another body underneath?

There was blood all over. Nicholas’ blood must have camouflaged Glenn’s scent. We’ve seen it in previous episodes. They cover themselves in zombie blood, guts even, and they can walk unharmed among them. But that’s exactly the point—that was zombie blood.

He had a flare gun. If, by some stroke of luck, Glenn managed to crawl under the dumpster for safety, shouldn’t he have used it by now? He said he was going to use it to signal that they were OK.

Glenn is alive because:

AMC just announced that actor Jeffrey Dean Morgan snagged the role of Negan. Negan is the character responsible for Glenn’s death in the comics.

So if Glenn survived the zombie pit, he could meet his death when he encounters Negan—either in this season (possibly a season ender) or the next. Glenn met a violent death when Negan repeatedly bashed him, in front of Maggie, with his barbed-wire-wrapped baseball bat named Lucille.