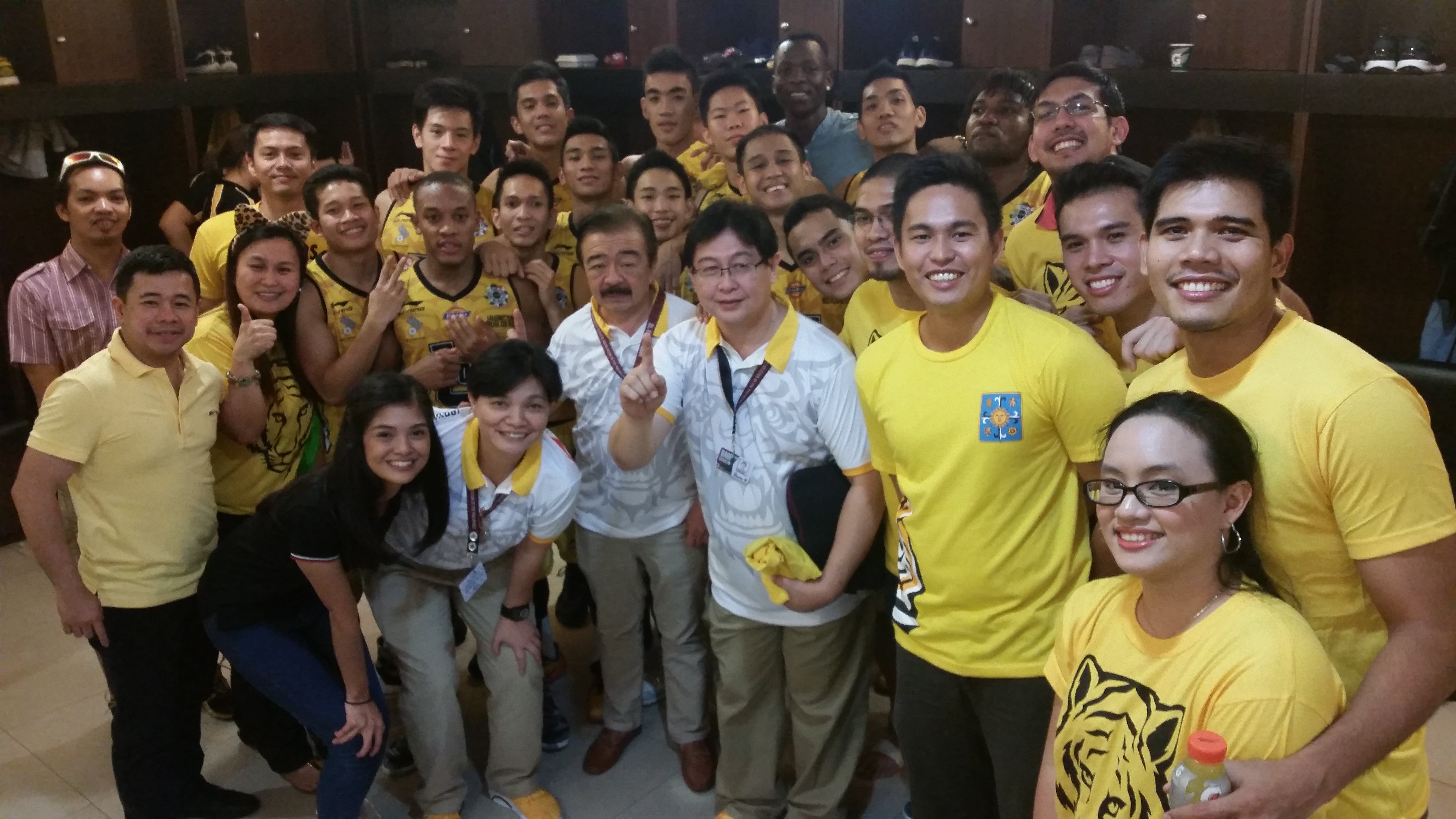 The UST Growling Tigers: More than a team–a family

THE UST Growling Tigers started working their way to the top in the men’s basketball division of the University Athletic Association of the Philippines (UAAP) two days after they were eliminated last season.

The team’s disappointing 5-8 win-loss performance in season 77 prompted head coach Bong dela Cruz to train the boys immediately. To him, the team’s short preparation time was the biggest mistake of last season.

“There was an almost eight-to-10-month break after that season,” Dela Cruz said in Filipino. “That was long. This time, we did not take a break.”

He revealed that he gave himself a goal last year: take the team to the Final Four or quit. He was aware that there were bashers calling for his replacement. He admitted that it hurt him. But instead of giving in, he took it as a challenge.

So he began the training sessions with zeal and motivation, gradually familiarizing the team with the system. Team captain Kevin Ferrer describes Dela Cruz’s coaching approach as one-on-one. He talks to each player and hears them out like a dad does.

“Today I told the press something,” Ferrer told his teammates in Filipino. “I told them we are not a just a team. We are family.” It was the first time he used the phrase in an after-game press conference. Thereafter, he would use it frequently, until his teammates adopted and repeated it spontaneously.

In this family, Ferrer stepped up as the eldest brother. If he felt that he underperformed, he would apologize to the team. On exam week in school, he would remind them to study.

That was the missing element from the team last year. Now, they functioned like they have one mind. Dela Cruz could trust Ferrer to rally his teammates to victory; in turn, Ferrer had total faith in the decisions of his coach.

The coach established a connection with the rest of the team as well. Just one dagger look from Dela Cruz and an errant player knows already what he’s supposed to do—not out of fear but out of the realized need to correct a mistake.

As a family, this team does things together, including going to Mass. Once, the Growling Tigers had a game during the Our Lady of La Naval procession. When the game was over, they hopped on the team bus and headed to the Santo Domingo Church in Quezon City. The team was allowed to enter the church that night so they could say their prayers.

Before the Growling Tigers’ come-from-behind win against the De La Salle Green Archers, 77-61, Kyle Suarez was recovering from his second knee injury. As he sat quietly by his locker, Louie Vigil walked to him from the other end of the room. Suarez stood up, and Vigil whispered something in his ear that made him smile. Then they hugged briefly before Vigil returned to his spot.

This is obviously a team whose members like each other and do not use the term “family” loosely.

The next challenge is to utilize its solid teamwork to reach the finals.