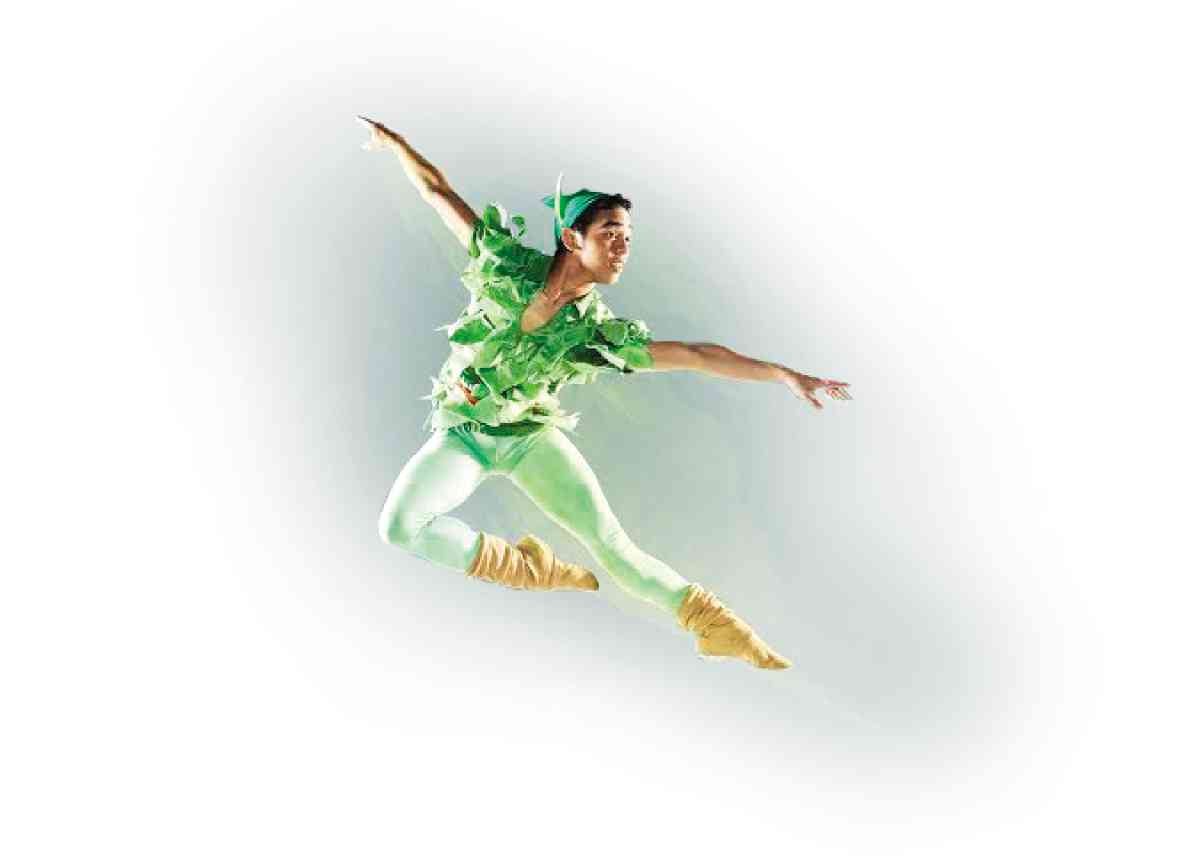 The production is based on British fictionist-playwright J. M. Barrie’s immortal story of the boy who would not grow up.

With pixie dust from renowned aerialists Flying by Foy, see Peter Pan flying with the Darling children Wendy, John and Michael, and meet Captain Hook, Smee, Tinkerbell, Tiger Lily, the Lost Boys and the other denizens of Neverland, in this exuberant holiday production.

This year marks the 32nd anniversary and sixth staging of Edna Vida Froilan’s “Peter Pan,” which premiered in December 1983.

“One of the things that help me get in the character of Peter Pan is imagining the look on the faces of all the kids in the audience when Peter starts to fly,” said Cordero. “We have to have that childlike joy and enthusiasm.”

Choreographer Edna Vida Froilan took to Facebook to express her excitement for this year’s restaging. In a post titled “Be a Child Again with Peter Pan!” she wrote: “We all grow up and learn to follow rules. But sometimes, between our sleeping and waking hours, we should stop worrying about going to school, getting a job, supporting a family or thinking about retirement. Let’s chase our shadows and have Wendy sew it back, have Tinkerbell throw fairy dust on our problems. Let’s join the Lost Boys in their cavern, the Indians in the woods, the Mermaids in their lagoon, and Pirates on their ship. Let’s not care about the real world, and be with Peter at the CCP. Forget about being adults, the Internet, traffic, disasters and politics. For two brief hours let’s be children again with our children and grandchildren.”

The production is restaged by Ramon Victoria and Edana Mae Labitoria under the artistic direction of Paul Alexander Morales.

Sets and costumes were designed by the late Salvador Bernal; lighting design by John Batalla and musical research by the late Rudy Vidad.

Inspired by the 1954 Broadway production, the choreography in Edna Vida Froilan’s “Peter Pan” is highly influenced by musical theater.

Highlights include the tap-dancing crocodile; the energetic Lost Boys featuring scholars of Ballet Philippines Dance School; the purely classical Mermaids; and the glorious flying sequences with Peter, the Darling children and Tinkerbell.