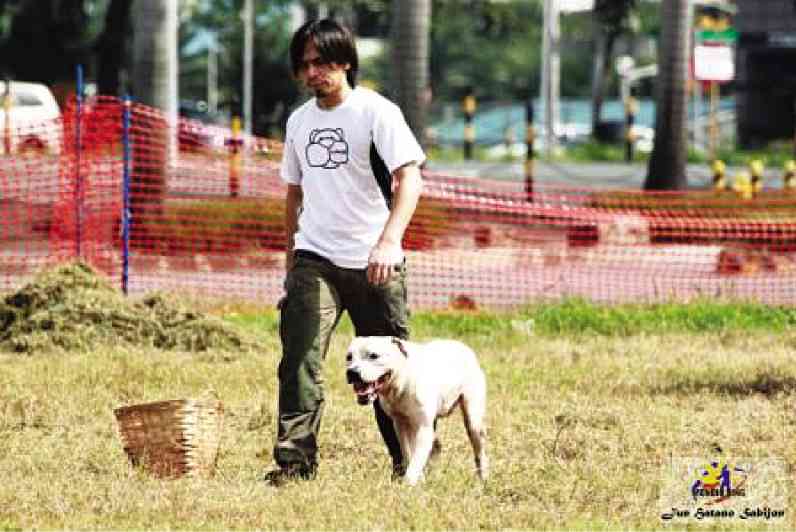 Bond with your dog–and help an animal rescue group

The event is for the benefit of the Island Rescue Organization (IRO), a non-profit animal welfare group based in Cebu. IRO executive director and staunch animal advocate Nena Hernandez will be around to talk about animal rights and welfare.

IRO is caring for several animals, including the Cavite pit bulls, survivors of a Korean dog fighting ring who were rescued a few years ago.

There is no rigid dog training experience needed to overcome each obstacle. The strength of the team’s bond will be the key factor.

The challenge is easy enough for a child with a strong bond with his or her dog to complete and enjoy. The challenge is open to all dog breeds of all sizes, six months old and above; if the human participating is below 13 years old, he/she needs to have his/her parents or guardian present on the event.

Aside from the Team Kovu Challenge, also set to happen on that day are the Philippine Canine Sports Alliance Official Agility Trials, Beginner’s Fun Challenge, All American Bulldog Show and a photo contest.

Aside from getting gifts from the event sponsors—Royal Canin, EzyDog, Vitality and Pet Discount—the winning participant will take home the coveted Team Kovu Crystal Cup trophy.

A percentage of the registration fees for all the activities will go to IRO.

Team Kovu Enterprises was established on March 8, 2012. The concept came earlier, in February 2011, when Carl Michael de Leon and his personally trained American Bulldog Kovu passed the qualifying trial to compete in the official Philippine Mondio Ring trials. The “Carl and Kovu” tandem had been known in the local dog community since 2007.

Team Kovu’s reputation was built not just as competitors in dog sport events in the country, but also through adventure activities like mountain climbing, river trekking and exploring different beach getaways that are dog-friendly.

Kovu passed away last July, but Carl and Team Kovu are continuing their work and advocacy, as tribute to the beloved dog and companion.