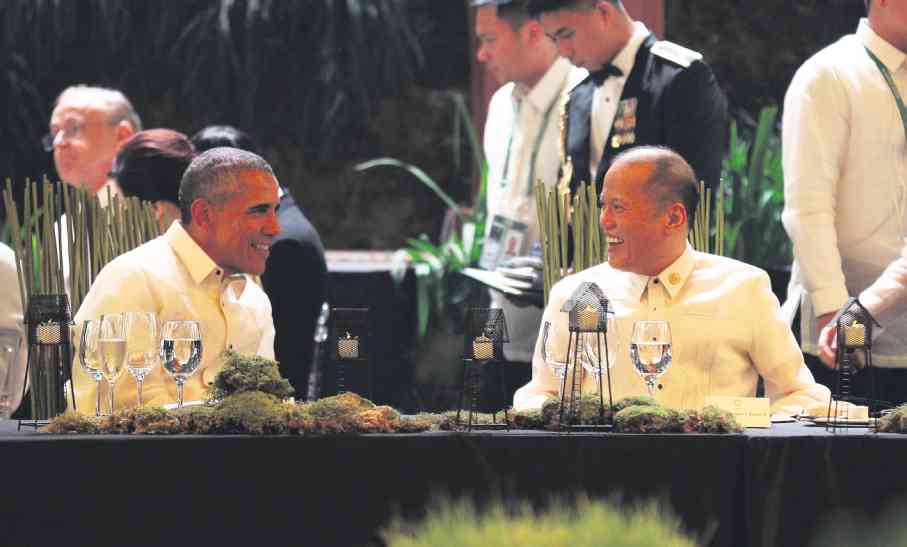 US PRESIDENT Obama and P-Noy sit on the Yoda chairs during the summit.

DESPITE the P75,000 price tag, the Yoda chairs, customized for the Apec summit, are almost sold out. The most coveted chair, sat on by US President Barack Obama, will be auctioned off for a good cause.

When the Yoda chair was introduced in 2008, it became the accent chair of choice, or a status symbol in affluent homes. The designer explained that he wanted to bring nature inside the home as an alternative to plants. The Cebu-based Cobonpue, who draws inspiration from his surroundings, only had to look at the fields of tall cogon grass.

The chair was made of rattan poles entwined on a supple but stainless steel frame. Its most notable feature was the backrest that mimicked a clump of wild grass. Because of its tensile strength, it was named after Yoda, the “Star Wars” Jedi Master who was quoted as saying, “But bend never break.”

Although the Yoda Easy Chair has been imitated, other manufacturers cannot replicate the ergonomic backrest. “The fake ones don’t flex,” said Cobonpue. “We have to get the metal up to a certain measurement and angle to make it comfortable.”

The Yoda has been interpreted as a sofa, table, bar stool and side chair. With the Apec came the office revolving chair.

SM MOA Arena’s circular tiered seating reminded Cobonpue of the Banaue Rice Terraces. He then thought of adapting the Yoda chair for the world’s decision makers.

The Yoda Apec edition is wider and taller. The swivel mechanism, which added more weight, is balanced by a lighter leg frame. The swivel chair enables the sitter to move and work effortlessly in any direction that one needs to face.

Aside from the evolution of the Yoda chair, Cobonpue said one of the Apec highlights was styling the table arrangements. Before the reception, the tables were resplendent with floral arrangements which the designer found too overwhelming.

The flowers were chucked for a simpler setup of moss, rice grains and First Light lamps. These tiny metal huts on stilts, illuminated by tea lights, were designed as a fundraiser for Habitat for Humanity’s “Yolanda” relief drive in 2013.

“The setting looked like the Spratly Islands,” Cobonpue said in jest.

“We can’t outdo other countries in expense and grandeur,” he said.” Let’s do it in our humble way—simple, creative, with flair.”