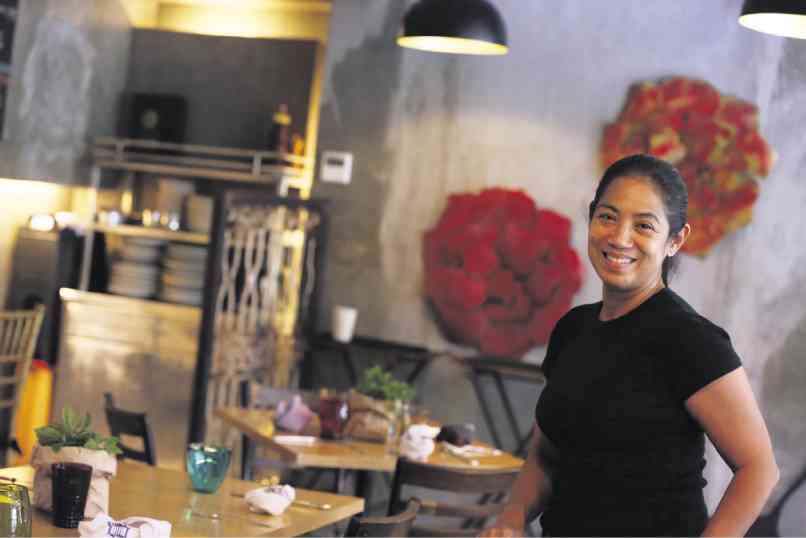 Fresh from her stint as one of two chefs who did the Apec welcome reception dinner, Margarita Fores has now turned her attention to a 10-day Batanes food promotion in her restaurant at Rockwell, Makati.

From Nov. 27 to Dec. 6, guests at Grace Park can order from a menu she and Batanes-based guest cook Patsy Abad have prepared for the restaurant.

“I was in Batanes last October as one of the judges of AFC’s (Asian Food Channel) ‘The Amazing Food Challenge,’ a reality cooking show that will begin airing in a few days,” said Fores. “We were there only for a couple of days, but I was really struck by the quality of the produce, most of which are organically grown.”

As founder of Casa Artusi Philippines and a believer in one of the Artusi principles of “using only the best ingredients wherever you are,” she began conceptualizing a food promotion in Manila. Fortunately, she already knew someone she could work with —her former intern, Patsy Abad.

“I interned with Margarita for three months after graduating from university, but now I’m in charge of Café du Tukon (café on the hill) at Fundacion Pacita in Batanes, which has 12 guest rooms,” Abad said.

The fresh-faced 26-year-old arrived from Batanes on Monday with the café’s cook and one of the waiters. In their backpacks were several kilos of kamote, a staple root crop of the Ivatan diet.

“Our backpacks were so heavy. We thought our checked-in baggage of organic pork and grass-fed beef might be overweight so we put the kamote in our carry-on bags,” said Abad.

More produce is expected to arrive, brought in by Abad’s aunt who is flying in for the opening. In her bags will be silam (cane vinegar), sweet potato chips, jars of tomato and mulberry jams, garlic bulbs and garlic shoots.

Abad thought it would be a good learning opportunity for her staff to work in an actual city restaurant if only for a couple of weeks. Two days before the start of “Going Ivatan,” they began training with Margarita’s kitchen staff at Grace Park.

The dishes to be prepared by Café du Tukon’s cook are Uved Soup made with banana corm (root) that is scraped, chopped and mixed with flaked flying fish, minced pork, garlic and garlic leaves; and  grilled farm-fresh vegetables like eggplants, tomatoes, leeks and garlic topped with coconut cream and cane vinegar.

The entrées will include dibang or day-old flying fish served with rice and a fried egg, a tin cup of vinegar on the side. The fish was named such because it is salted and strung up to dry for one day.

There will also be braised corned beef and—more interestingly—luñis, organic pork salted and cooked in its own fat until the fat is rendered. The dry adobo will then be served with the Ivatans’ yellow rice or supas that has been flavored and colored with turmeric (luyang dilaw).

For her part, Fores will use Batanes produce like the giant lemons or ducban that will be thinly sliced and topped on sole meuniere, and the dibang that will be flaked and mixed with hot pasta.

“This is our first regional cuisine promotion that supports our efforts to go local. I think this is a great opportunity to promote our farmers and what they can grow,” said Fores.