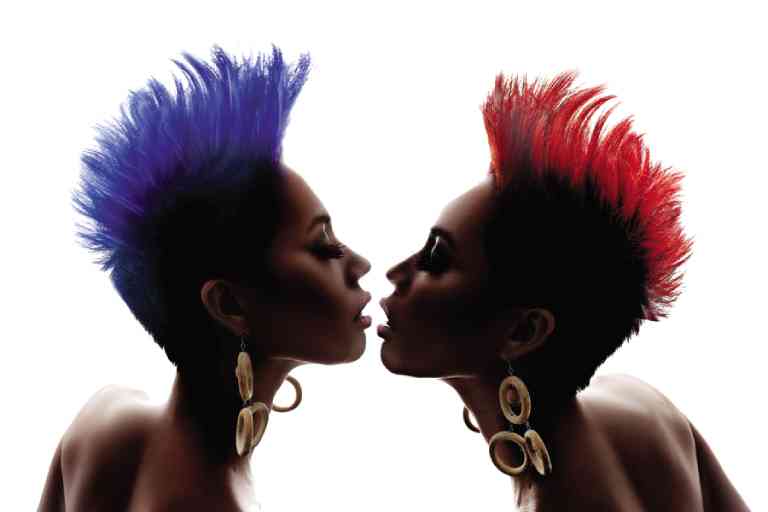 With 40 years of experience in the salon industry, Angelo Justin is this year’s recipient of the Top Hairdresser Award from Hair Asia, the country’s largest hair and makeup show.

Justin is known as the “hairdresser’s hairdresser” for generously sharing his technical skills and artistry in hair and makeup with many upcoming hairdressers. By continually taking courses at Vidal Sassoon Academy and Toni and Guy Hairdressing Academy in London, he is able to impart the latest and safest techniques for hair styling to the younger generation.

Justin’s philosophy is that beauty is about the right hairstyle and polished makeup.  Having learned precision cutting—a haircut that flatters the person’s bone structure—from London, he shapes the individual’s hair into geometric silhouettes and razor-sharp angles. But he also gives idiosyncratic clients the option of bohemian waves and softer updos for special occasions. In fact, the curly perm is back, but with emphasis on thick texture, he said.

Justin brings architecture to his hairstyles, building a look that is dramatic but wearable for competitions and pictorials.   His style forecasts include:

The blunt bob, with this season’s deep side part, has bounce and volume, resulting from curling under at the tips. Three layers of color—ash blonde, red and dark brown— lend a smooth multidimensional look. These highlights emphasize perfect symmetry.

A throwback to the ’60s beehive, the new updo is a combination of the hair twist at the crown and the casual bob. The blue-violet hair color updates the look.

Popular in the ’80s, the mohawk for women now comes in rainbow colors. Red and blue spikes add punch to dark hair.

As long, romantic curls are the trend, Justin uses hair extensions to give the effect of unwound braided hair.

These hairstyles are complemented by the season’s makeup trend of heavily lined eyes and fluttery eyelashes. But for his brides and other clients, Justin ascribes to the practical beauty dictum by maintaining a natural color palette, for quick and effortless application.

Justin was exposed to fashion at a young age; his mother was a dressmaker, while his father was a master cutter. He studied cosmetology at the Kollerman School of Fashion Show.

Although he was the youngest of nine children, Justin became the breadwinner of the family. Upon the invitation of a foreign client, he went to Al Khobar, Saudi Arabia, to try his luck. He discovered that the place had no beauty salons, only barbershops, but he persevered.

When he came home, he put up his own salon in Manila. Then, with his earnings, he went to London to update his skills, thereafter applying them in hairstyling competitions.

Another turning point in his career, he said, was when he applied at the now-defunct Rodger Craig Salon. Back in the ’90s, the salon was known for the blunt cuts that suited the lifestyles of its powerful clientele. Rodger Craig taught him that hairdressers should look polished and courteous, without the stereotypical affectations of the gay parlorista.

Justin’s immediate boss, Geoff Simpson, saw his potential and encouraged him to do the hair and makeup of models for fashion shoots. Justin would go on to style the likes of Miss Universe 1994 Sushmita Sen and celebrity KC Concepcion.

Through the years, Justin has worked with famous chains such as Basement and Franck Provost. Today, he is creative director of Ménage Premier Salon in Legaspi Village and BGC.

Says Justin in Filipino, “Being around since the ’70s doesn’t mean I  know everything. There’s always something new to learn, and I teach that to others.”