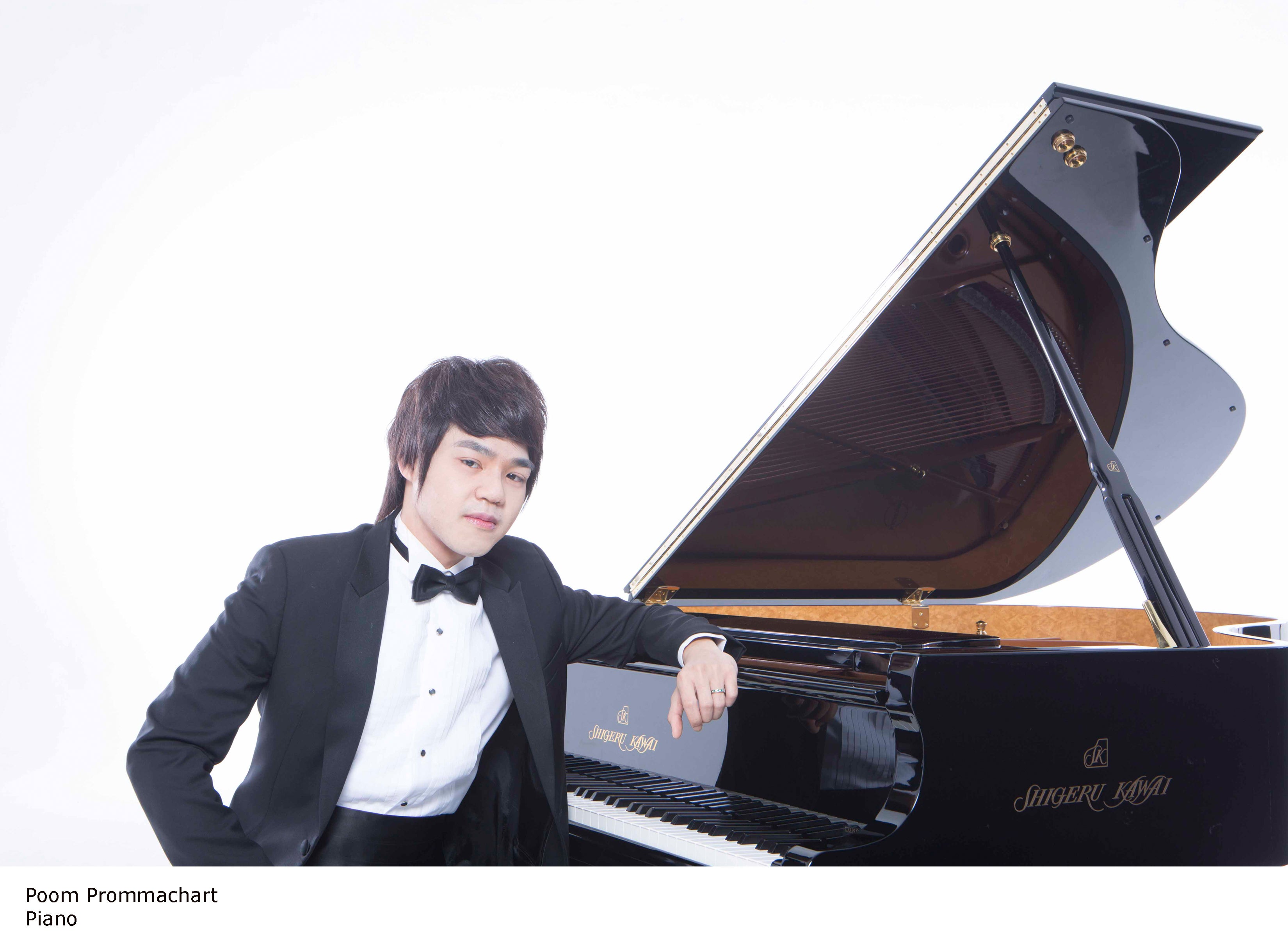 Winner of the Sussex International Piano Competition and a recent Shigeru Kawai’s Artist Poom Prommachart returns to Manila for a solo recital on December 2, 2015 at the Cultural Center of the Philippines’ Little Theater at 7:30 P.M.

Poom began studying piano with Peerapong Surawan in Bangkok and at age of 15, he received the FTCL Diploma from Trinity College of Music, London. He later moved to continue his study at Nanyang Academy of Fine Arts, Singapore in 2006 and was granted a full scholarship by H.R.H. Princess Galyani Vadhana.

He went to the Royal College of Music (RCM), London in 2007 where he graduated his Bachelor of Music (Honours) with Hopkinson Gold Medal in 2011, the Master of Performance (Distinction) in 2013 and the International Artist Diploma in Performance under the world’s renowned Russian pianist, Dina Parakhina. Among his piano teachers were Yonty Solomon, Ian Jones and Rolf-Dieter Arens.

In 2014, he was awarded the most prestigious Tagore Gold Medal for his outstanding contribution to the Royal College of Music, which was presented to him by H.R.H. The Prince of Wales at the Amaryllis Fleming Concert Hall in London.

After moving back to Thailand in 2015, Poom combines teaching with a busy performing career, touring as a soloist and collaborating with outstanding instrumentalists, conductors, and giving masterclasses and adjudicating in many international competitions. He has given recitals as well as TV and radio broadcasts in Europe and Asia. Recently, he has been appointed the first Shigeru Kawai’s Artist from Thailand and the Piano chief of Kawai Music School, Thailand.

Poom performed in Manila as guest soloist in the season concert of the Philippine Philharmonic Orchestra in April 2011.